At least Jack Byrne made the 23-man match-day squad this time.

In Irish football, there will always be the player we pine for when we see the starting XI is named. You'll never keep all of us happy.

Jack Byrne has taken up the baton from Wes Hoolahan and Andy Reid before him. A baton that Liam Brady often had to clutch as he watched Ireland 'Put 'Em Under Pressure' in the Jack Charlton era.

Byrne has had two friendly run-outs, against Bulgaria and New Zealand, but he has looked the best ball-player on the pitch in both of those games. He has stood out in matches featuring lads earning their corn in the Premier League, MSL, Primera Liga and Eredivise. Earlier this month he was named the League of Ireland's Player of the Year and several English clubs will be back in for him ahead of the January transfer window.

Where to slot Jack Byrne into the current Ireland team? Well, with Glenn Whelan enjoying himself under Mick McCarthy, Byrne is up against Alan Browne (Preston) and Jeff Hendrick (Burnley), who started the 1-1 draw with Denmark.

On the latest episode of The Football Spin, Conan Doherty argued that Byrne would have lifted Ireland, and their fans, more than Hendrick. Dion Fanning, meanwhile, questioned James McClean's continued selection in the starting team. 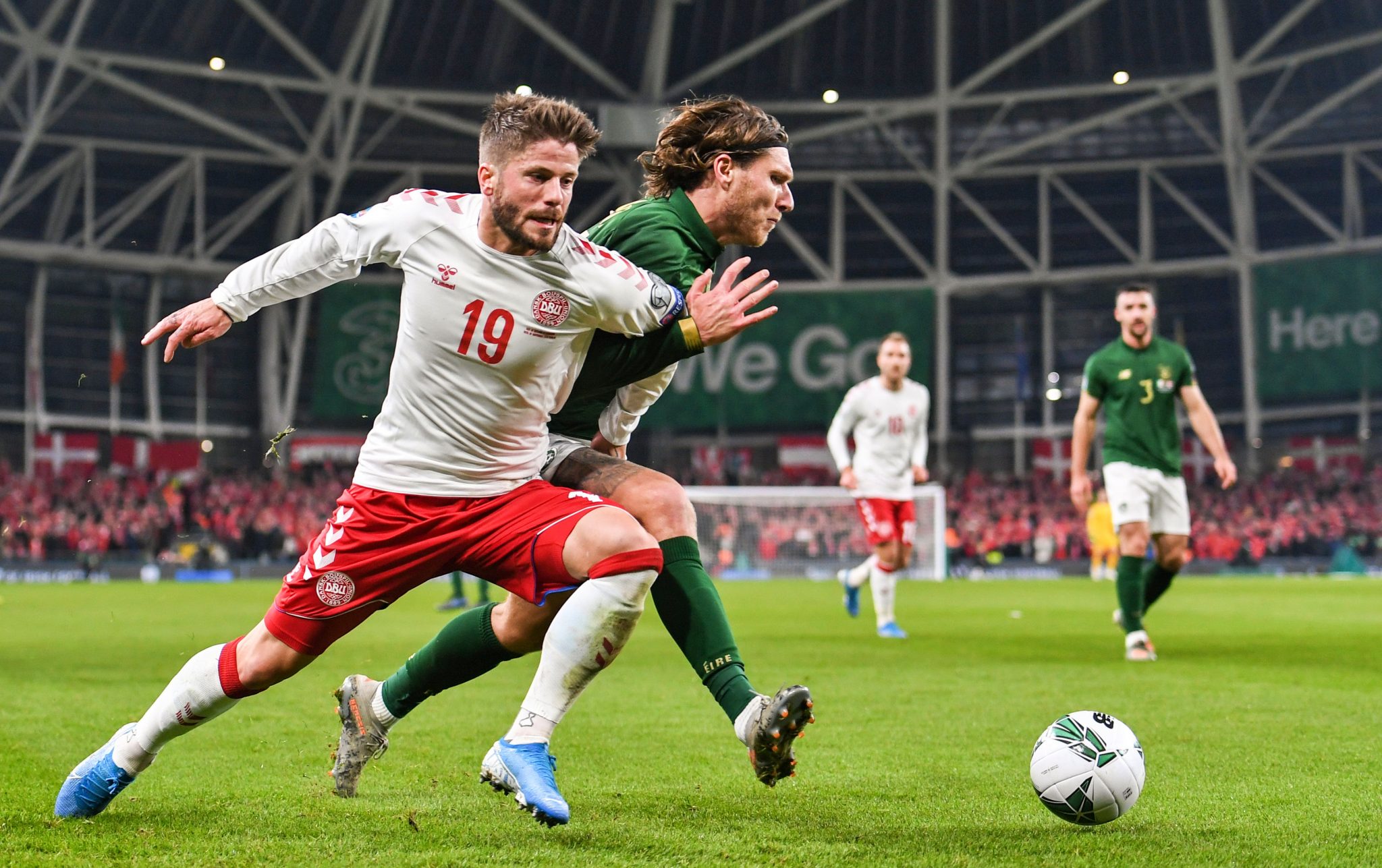 "Hendrick never offers anything," says Doherty. "McClean gives the ball away the most in the opposition half but I thought he was the better - for wont of a better word - of the five midfielders... Hendrick is strong, he's disciplined but he's not looking to do anything on the ball.

"He was definitely the best player in the Euros (2016). He was brilliant against Belgium when we got hammered. He was the one player that was leading the way. But I don't know where he's gone." Doherty adds: 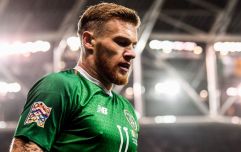 END_OF_DOCUMENT_TOKEN_TO_BE_REPLACED

Byrne missed out on the entire match-day 23 for the loss away to Switzerland but edged a couple of fringe players out to make the bench. There was that, at least. As the game went on, both he and Troy Parrott were resigned to their fate as helpless spectators.

That may change come playoff time, in March, but both players will need game time - in the first or second tier of English football, we reckon - to force their way into Mick McCarthy's thinking. "I refuse to believe that Jack Byrne couldn't have made a difference against that Denmark side," Fanning declares.

As for McClean, Fanning believes the Derry native put in his best performance of the qualifying campaign but he is another under pressure to start the next competitive game.

"For McClean to be playing 90 minutes for Ireland in these games, and to have no alternative, that needs to change," says Fanning.


popular
We might finally get to see Lionel Messi and Cristiano Ronaldo playing on the same team
David Clifford passes into Croke Park legend as breathtaking late show steals Hogan Cup glory for St. Brendan's
QUIZ: Can you name the Football Italia cult heroes?
The SportsJOE 12 o'clock quiz | Day 11
Can you guess these Irish rugby players solely from their nicknames?
You have five minutes to name these four footballers, but it probably won't be enough time
Report: What Conor McGregor's new UFC contract is worth per fight
You may also like
1 month ago
Matt Doherty inspires Wolves to victory but Coleman limps off
1 month ago
"I'm not saying that there's no chance for anybody else, but..."
2 months ago
Mick McCarthy talks up Idah and Irish ears are burning
3 months ago
Republic of Ireland team of the decade
3 months ago
Can you name the 50 Irish players to score 5 or more Premier League goals?
4 months ago
Kenny plays down half-time speech as Sweden stunned by Irish comeback
Next Page