Barcelona got off to a flying start.

The pitch might be in awful condition at Wembley, but that didn't stop Barcelona taking an early lead against Spurs on Wednesday evening.

Philippe Coutinho scored a stunning goal after 90 seconds to give the visitors an early lead, before Ivan Rakitić doubled their lead before the half-hour mark. And what a goal it was. 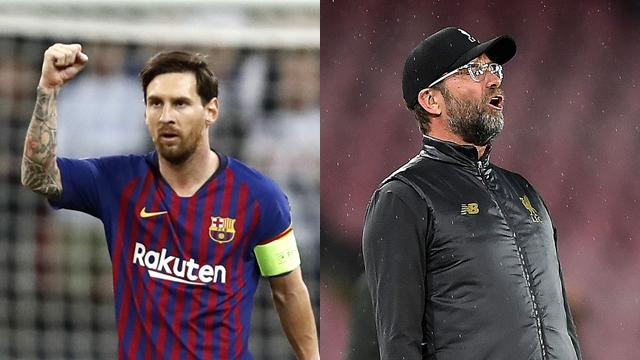 If you decided to watch Liverpool's match against Napoli on Wednesday night, you missed out on a ...

As Coutinho's effort was saved by Hugo Lloris, the Brazilian kept the ball in play with an instinctive volleyed pass back into play, and Rakitić was there to meet it.

As the ball rose, the Croatian adjusted his body to get over the ball and unleashed a rocket, which clipped the post as it went in. Watch and enjoy.

"Rakitic. THAT IS SPECTACULAR!"

What a goal from Ivan Rakitic to put Barcelona 2-0 up at Wembley!#VMSport #UCL pic.twitter.com/ROcuqUZp4O


popular
James Haskell on text exchange with Peter O'Mahony after Ireland's victory over Scotland
The SportsJOE 12 o'clock quiz | Day 103
Fines and suspensions in Tipperary after stewards enquiry
Can you name the first clubs these players went to after leaving Celtic?
"The academy boys have turned into small monsters over the past few weeks" - Peter O'Mahony
SportsJOE 2000s Football Quiz | Round 8
"I have more work done than any player in Ireland" - The Trevor Giles tribute show
You may also like
8 months ago
Postponing El Clasico shows two fingers to democracy
8 months ago
Real Madrid are La Liga leaders but remain deeply flawed
10 months ago
Antoine Greizmann celebrates scoring Barcelona goal with glitter
11 months ago
Atletico Madrid to dispute Barcelona triggering Griezmann's release clause
11 months ago
Leaked: New Barcelona away kit a throwback to retro kits of the 1970's
1 year ago
Chelsea knock back Barcelona and Atletico advances for Willian
Next Page