Liverpool's 19-year-old goalkeeper Caoimhin Kelleher said that playing against Manchester City and Manchester United on the Reds pre-season tour of the United States was a 'crazy' experience.

Kelleher played in both the 2-1 win over Premier League champions Manchester City and in the 4-1 win over runners-up Manchester United and the Cork native said that he's learning and pushing himself in training every day.

“It’s been crazy, playing the Man City and Man United games,” Kelleher told Liverpoolfc.com. “I wasn’t expecting to play really, but to get the opportunity was just unbelievable.

“It was amazing, seeing all the crowd and stuff. I really enjoyed it.

"I trained with them [the senior side] last year but to actually play this year has been crazy. It’s been unreal.

“I’ve been happy, I think I’ve done well. Every day we train hard with the ‘keepers, we all push each other to do our best every day and I think that’s all you can do really, do your best, so I’ve been happy."

Kelleher is joined at the club by Simon Mignolet, Loris Karius and Brazilian international Alisson Becker. 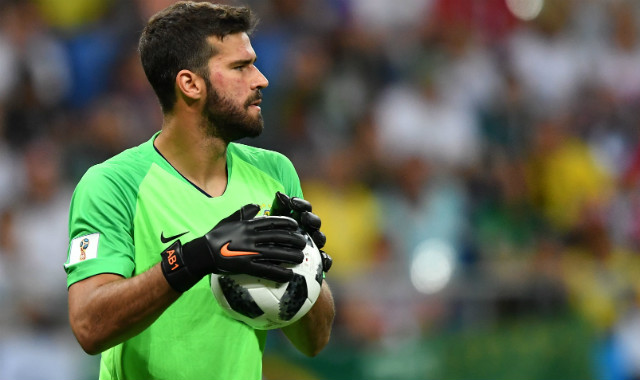 END_OF_DOCUMENT_TOKEN_TO_BE_REPLACED

The former Roma shotstopper became the most expensive goalkeeper in history when he signed for the Reds last month for a record fee of £66.8 million and Kelleher said he is already learning from the club's latest arrival.

“I’ve learned a lot from him already,” he added. “He’s a top-class goalkeeper and a really nice guy as well which helps. I’m just trying to learn as much as I can from him really.

“He’s a really good shot-stopper and he’s really quick, so I’m learning little things off that. He’s Brazilian as well, so he’s got a few skills!”


popular
Eamon McGee just couldn't help himself with Armagh-melee tweet
Kieran McGeeney on the defensive after post-match questions on brawl
Damien Comer targeted in brutal, chaotic Armagh and Galway brawl
QUIZ: How well do you know Manchester United players of the 90s?
Conor Gleeson's gesture to heartbroken Ethan Rafferty a tonic after sideline brawl
Manchester United 'reject Barcelona's attempt to sign Harry Maguire'
Matt Fitzpatrick on Shane Lowry's great advice, after his US Open victory
You may also like
4 days ago
The behind-the-scenes story of how Bayern signed Sadio Mané from Liverpool revealed
5 days ago
The incredible ways Sadio Mané has helped to transform his home village in Senegal
1 week ago
Jay Spearing linked with surprise Liverpool return
1 week ago
Liverpool wrap up their transfer business before Man United even sign a player
1 week ago
Liverpool to face four of the 'big six' after Champions League fixtures
2 weeks ago
Benfica agree €100m deal with Liverpool for Darwin Nunez
Next Page