In an age of anxiety, Irish football finally rejects fatalism

This is a bad time to be hopeful.

We are invaded daily by death graphs, coronavirus clusters and rising unemployment figures. We fret about surges and ICU capacity while studying transmission rates. We wonder about German labs, reagents and when they’ll have a damn antibody test. And that’s just what we do in our spare time.

Our days are spent minding our kids, trying to work - if we still have a job -and worrying about those we love who are vulnerable or at risk, which means all of us. We live in isolation or we are cocooned, but we are not safe. We wash our hands and we don’t touch our face, on guard against our treacherous body.

The poet Tony Cronin used to say that so much of life is about concealing the void. That is impossible right now. The void can’t be hidden. The devices we use to protect ourselves from glimpsing it have been taken from us or offer flimsy protection. Escapism is not what it used to be; reality is everywhere.
Sport provides an escape for so many people. It doesn’t matter now that there is no sport taking place, but that doesn’t mean it’s not important.

Most of the simple things we miss today are not important when it comes to containing the virus, but they are the building blocks that allow us to conceal the void. In their absence, we see how important they are for living rather than existing. When it is taken from us, the ordinary becomes extraordinary.

Nobody ever thought they were missing much in recent years if they skipped an Ireland match and our lives will not change so much that we won’t complain about it when it returns, but for now it is another tiny piece of escapism denied to us. 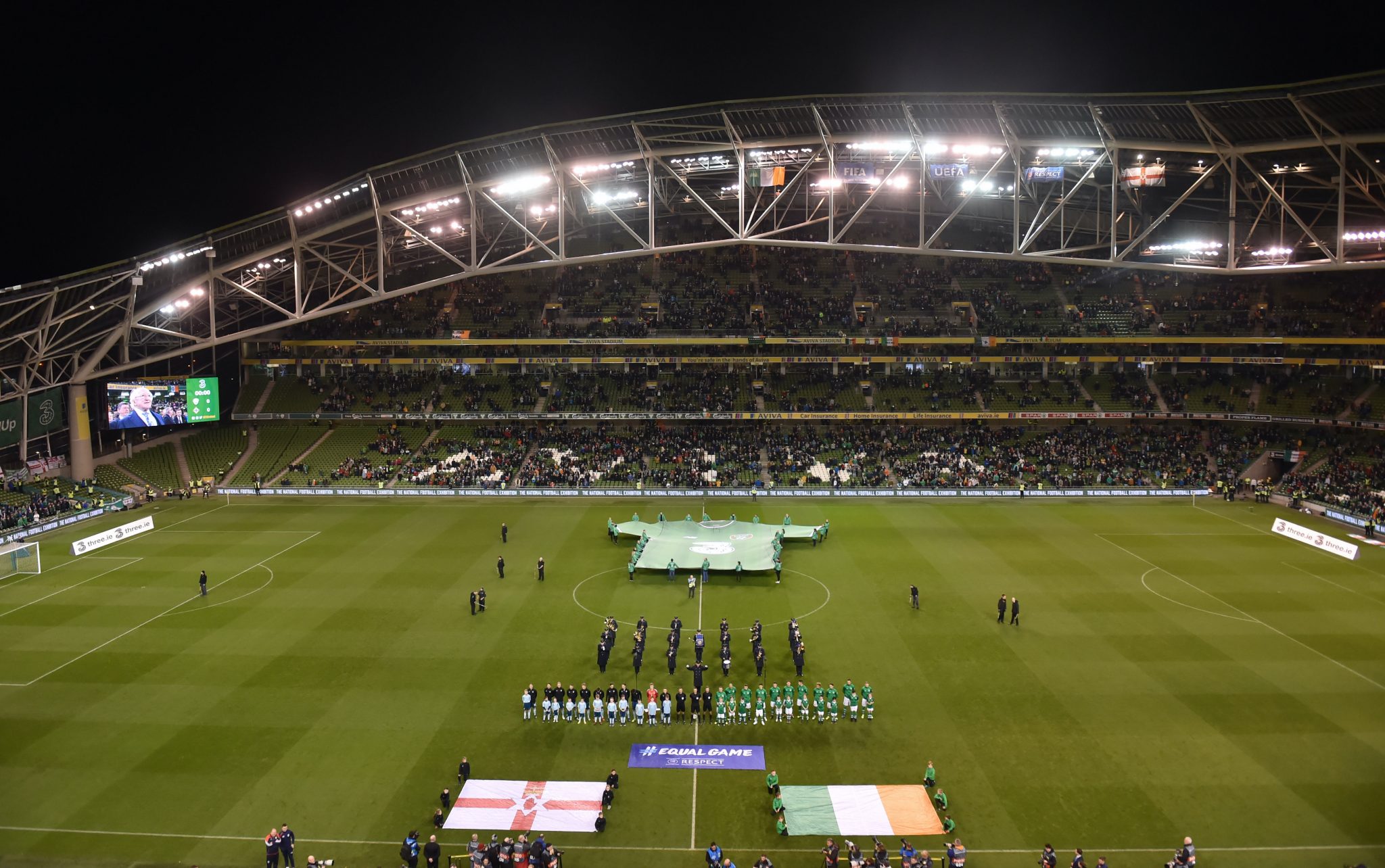 On Thursday, Ireland’s new manager Stephen Kenny spoke to the media about what he believes might be possible in a faraway land.

Sport was always escapism but right now it seems like fantasy. Our worlds are small, reduced to a 2km radius and the idea that some day soon - or even in six months - we will watch Ireland take part in a play off in Slovakia (701 cases, two deaths as of April 10th) seems fanciful.

When Kenny spoke to the media this week and, in a time of anxiety, it was possible to believe that this was a manager who could offer some reassurances. Not about the fears that govern our lives today but about the tiny area of our distractions he now has some control over.

Irish football has, for ten years, been cursed by fatalism. Not only would Ireland fail, but they would fail believing they had no alternative but to fail. Fatalism sometimes inspires liberation (if we’re all going to die, why not go out enjoying ourselves?) but Ireland’s approach had more in keeping with a hypochondriac's - danger was everywhere, take no risks, be watchful and live in fear and maybe, if we’re very very lucky, we can emerge out the other side.

“I’m not going to sit here and criticise anyone, particularly the previous managers,” Kenny said on Thursday.

“I just didn’t like that people had that opinion that it was in our DNA to play long ball and that our players had the characteristics over the generations to play in a more direct way. I disagreed with that fundamentally and I still continue to disagree with it. But you have to try and prove it otherwise.” 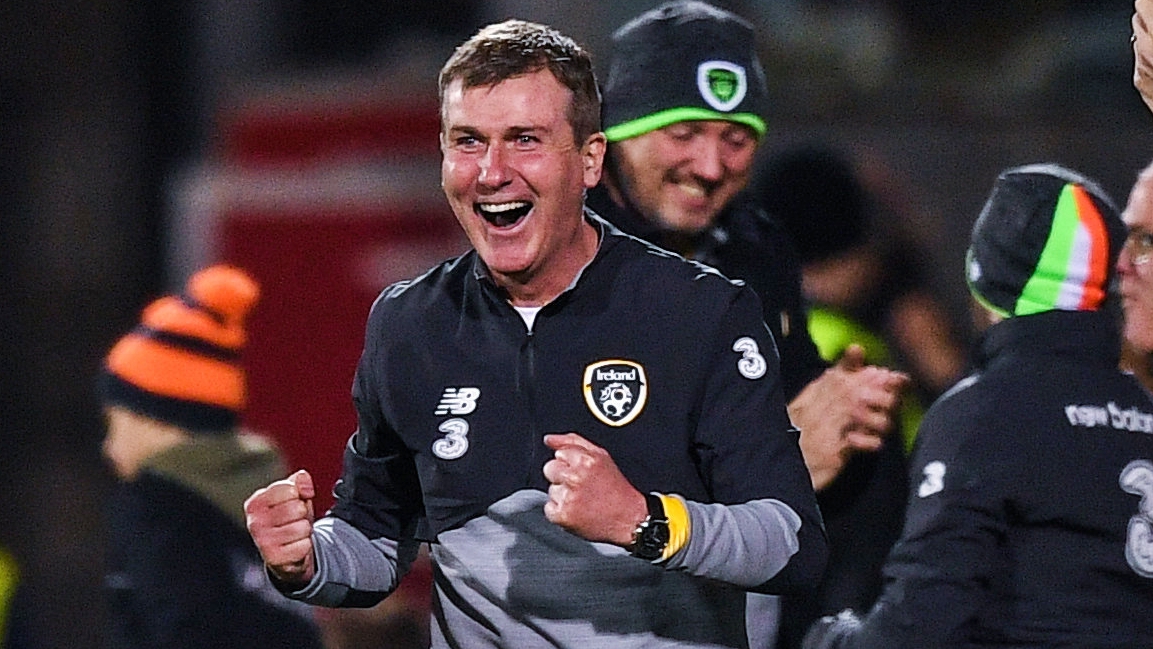 The idea that Ireland could only play long ball was rooted in a belief about the limitations of Ireland’s players.

It was not a style preference, but a life philosophy. Anyone who thought differently had notions.

Giovanni Trapattoni expressed this most brutally in his view of the Irish players but the approach continued with Martin O’Neill and in Mick McCarthy’s line that he would have bitten your hand off for whatever position Ireland were in short of actual extinction. This was the fatalist’s creed: if we are not dead, we are still in the game.

Kenny has taken over at a time when everything is in flux. The thought process of the old regime -such as it was - might have felt that Mick McCarthy would take Ireland to the Euros and then there would be a clamour for him to stay. Or, as is more likely, they were just trying to get out of the latest hole.

McCarthy’s second spell ended unsatisfactorily but that was in keeping with the spell. Stephen Kenny offers something different and only in the dysfunctional world of Irish football, could a manager who is rooted in the game here be seen as the most anti-establishment appointment since Brian Kerr.

There has always been a strand of Irish football more comfortable with our limitations being pointed out to us by a stern football man and Kenny, as Kerr did, promises something different.

When it comes to football, notions are a good thing, as they probably are in most areas of life.

When Stephen Kenny talks of how he wants Irish football to be, it might sound like fantasy. But right now everything does that strays from our day-to-day existence appears preposterous.

Perhaps it will end badly, but it usually ends badly so Ireland might as well aspire to something greater.
In his biography of Beckett, Cronin tells a story of Beckett’s trip to Lord’s to watch a Test match between England and Australia. The sun was shining, the cricket was exciting and the beautiful old ground was an oasis in the centre of London. It was, one of Beckett’s companions announced, a day that would make you “glad to be alive”. “I wouldn’t go that far,” Beckett replied.

Maybe today, he would. Maybe today we can listen to Stephen Kenny talk about creating a team that every side in the country wants to emulate and allow ourselves, briefly, to dream.

And, in the world we inhabit now, dreams are the only place we can escape.


popular
The SportsJOE 12 o'clock quiz | Day 291
Roy Keane story shows the power he had at Manchester United
Three players locked in Ireland jerseys after Thomond Park trial
McGregor admits shout from Dustin Poirier's corner got inside his head
Jolie Poirier certainly let her voice be heard after her husband's win over McGregor
How Declan Rice pursuit contributed to Frank Lampard's Chelsea sacking
McGregor's first words to Poirier after defeat show where the damage was done
You may also like
3 hours ago
Middlesbrough player left bleeding after kick to head, somehow denied penalty
3 hours ago
How Declan Rice pursuit contributed to Frank Lampard's Chelsea sacking
5 hours ago
Lampard will always be a Chelsea legend, it was just too much too soon
6 hours ago
Ireland's best XV to face Wales after 2021 Six Nations squad calls
7 hours ago
John Cooney the latest Ulster face not to fit in Ireland's set-up
8 hours ago
Abramovich pens heartfelt statement on Frank Lampard sacking
Next Page