Ireland's goal scorer John Egan admits that his team are gutted not to be coming away with at least a point against Portugal.

Many expected the 2016 European champions to brush pass Stephen Kenny's side with ease, but the boys in green put in a fierce performance, going 1-0 up thanks to Egan's header.

END_OF_DOCUMENT_TOKEN_TO_BE_REPLACED

A late brace from Cristiano Ronaldo, saw the Manchester United star become the top scorer in international football history, and steal the points for Portugal.

Speaking to RTE after the game, Egan described how disappointed he and his teammates were.

"It’s honestly gutting, we’re all gutted inside there.

"To put in that performance away from home against such a world class team, with one of the best players ever in it, we really felt like there was something there for us tonight.

"To walk away with nothing is very disappointing.

🇵🇹 2-1 🇮🇪
John Egan: "We're all gutted. To put in that performance away from home against such a world-class team, with one of the best players ever in it, to walk away with nothing is very disappointing."

"I suppose we’ll look back on it as a really good performance, I’m just gutted not to get a result.

"We didn’t get the result, which is obviously gutting with how the game went, but we can keep building, we can keep improving and I’m sure there is a lot more to come from us."

Gavin Bazunu saved a first-half penalty before Egan headed Ireland into a shock lead from a corner on the stroke of half-time. 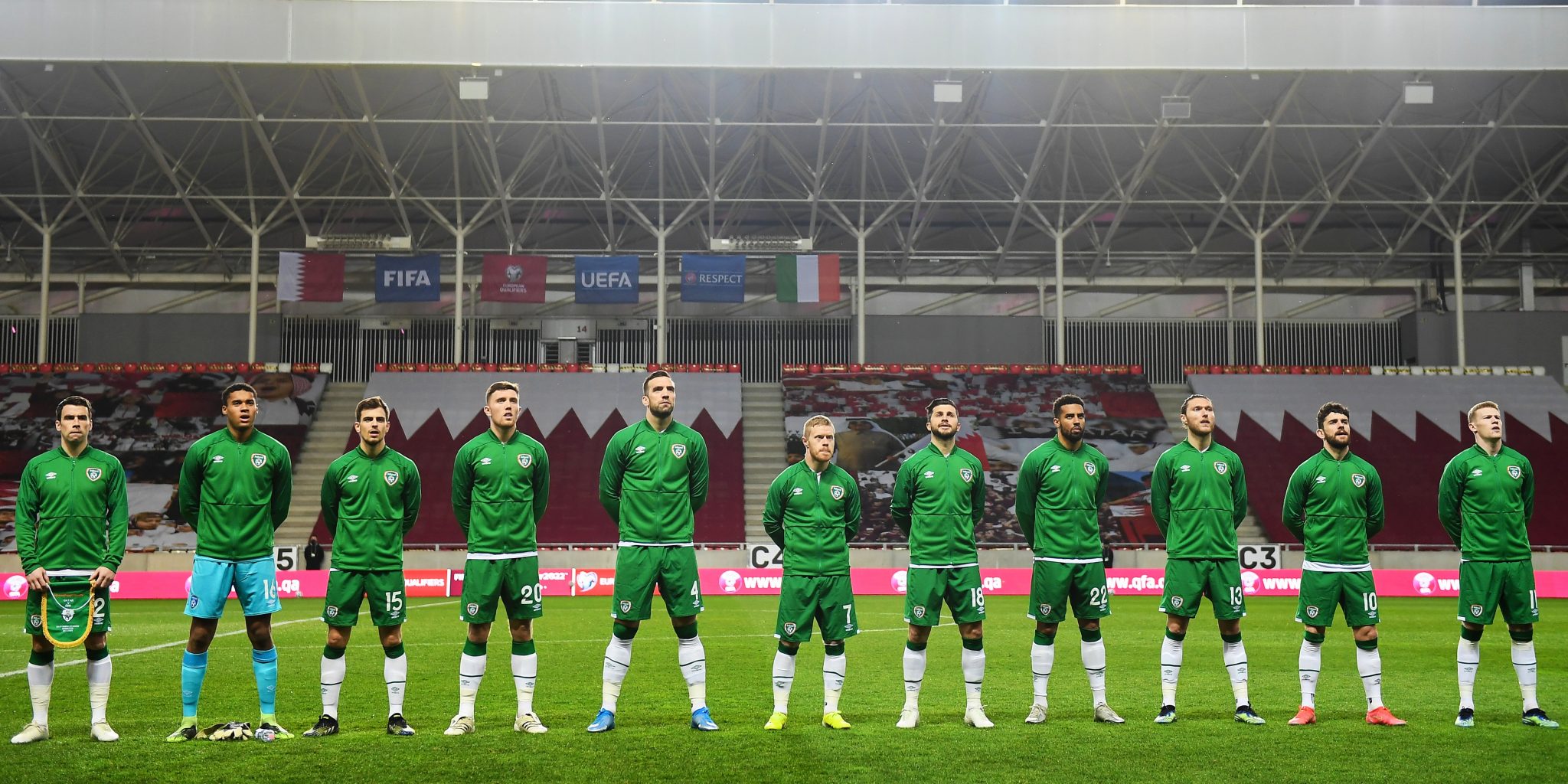 "I usually go around the back but Duffy or someone said just get around the front this time.

"I just managed to get across the front, the ball was perfect, got a glancing header and it was right in front of the mum as well, so it was special.

"It’s just heartbreaking really that we couldn’t get a result.

"We caused them problems all night, Adam Idah lead the line unbelievably. He’s up against two world class centre-halves and he absolutely dominated them from start to finish.

"We created openings on the counter, it was a fantastic performance and we’re just devastated not to get a result."

You may also like
13 hours ago
Peter O'Mahony reaction to Liam Williams scuffle shows he may finally be mellowing
14 hours ago
Matt Williams tears into media for "rubbish" written about Ross Byrne
16 hours ago
Hugo Keenan shows incredible speed to save the day after rollicking Irish start
19 hours ago
Ireland vs Wales: All the big talking points, moments and player ratings
2 days ago
Absence of Tadhg Furlong is monumental, but it's exactly the test Ireland need
2 days ago
Ireland's self destructive mentality kills Croke Park fight for Katie Taylor
Next Page