The 19-year-old has returned to the first team after suffering a serious knee injury in 2020.

Republic of Ireland underage international Thomas Hill made an appearance for Liverpool in the club's first pre-season friendly of the summer.

For Liverpool fans, however, there were some positives from the friendly. Darwin Nunez, the club's new record signing, made his debut, while Hill, a promising young player, made his return to the following a serious injury. 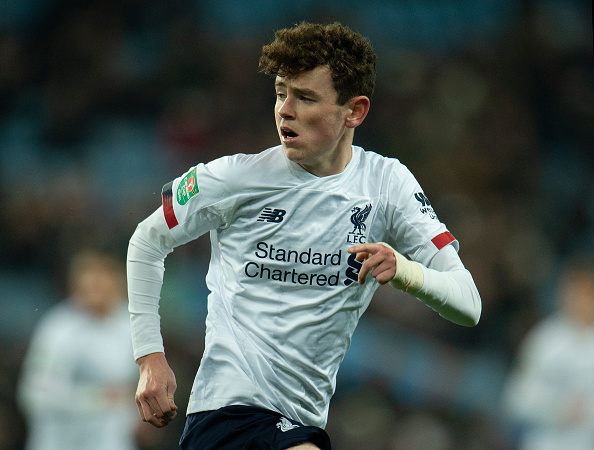 The young midfielder made a long-awaited return to the first team after suffering a serious knee injury in September 2020. Hill came on for the final 30 minutes of the friendly.

END_OF_DOCUMENT_TOKEN_TO_BE_REPLACED

The midfielder suffered a serious ACL injury and spent 20 months in rehabilitation. During his spell on the sidelines, Liverpool stood by the player, who joined the club as a six-year-old, and gave him a new long-term contract.

Hill, who came on for the final 30 minutes of Tuesday's friendly against Man United, made his debut for the Reds in 2019 when he started in the League Cup against Aston Villa. The Liverpool-native had previously impressed for the club's underage team.

Hill was part of an Ireland Under-20 squad earlier this year. He is eligible to play for Ireland, Wales and his native England, and is one to watch for the upcoming season.