If you had told me at the start of the campaign...

Bitten your hand off. All that.

It's a simple task for Ireland tonight: win and they're through to Euro 2020.

Unfortunately, due to recent events, it's not all on the line anymore - it's not win or bust which is generally what brings out the best in the Irish. No, it's win tonight and you're through but if you don't win, you're in a play-off semi-final in March anyway.

To that end, it isn't a gung-ho selection from Mick McCarthy to take on Denmark at the Aviva Stadium. It's more a thought that if you had told me before the game that we had to score a goal with 15 minutes to go, I'd have bitten your hand off. 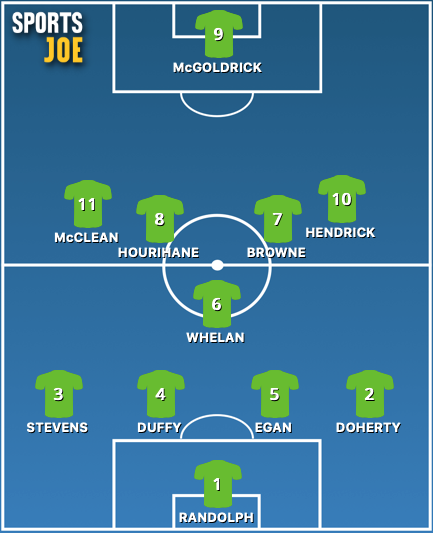