Ireland has a new people's champion and, God almighty, he has paid his dues

20 outfield players went to France with Ireland for Euro 2016.

One of them was Cyrus Christie, stuck behind Seamus Coleman for the whole summer - he could hardly have any real complaints or any expectations to the contrary.

The other was David Meyler.

Meyler's summer was a lot simpler than most of them but it couldn't have been easy. 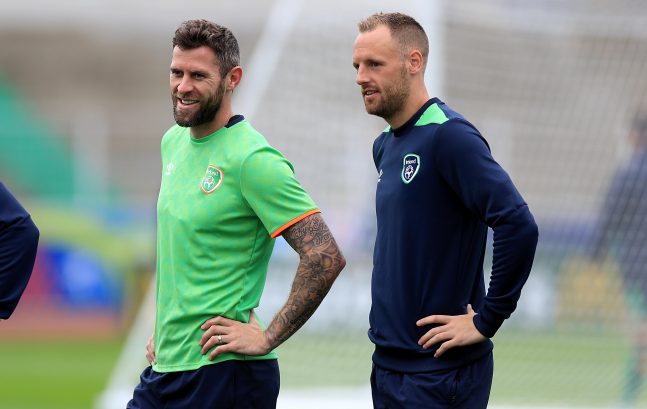 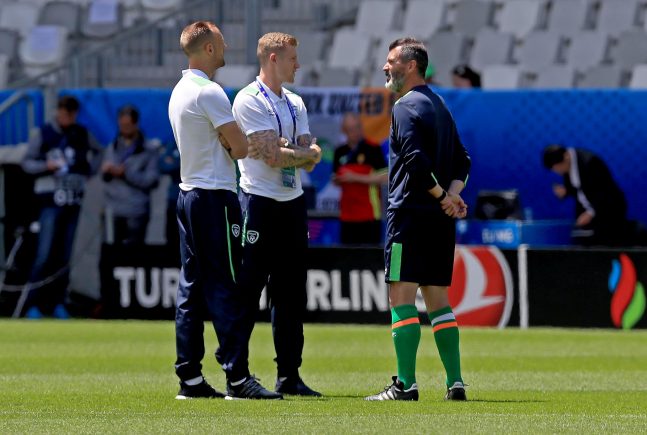 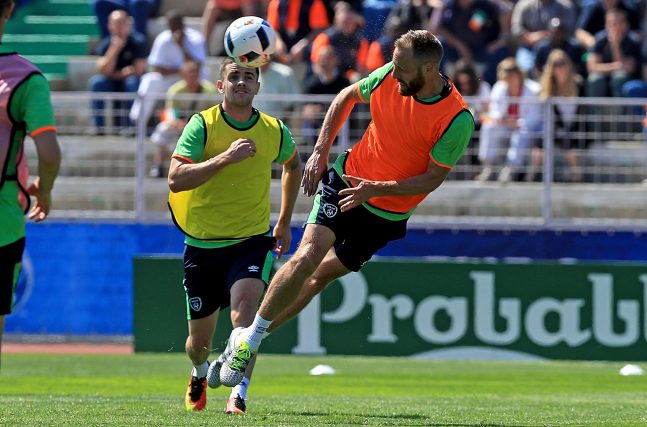 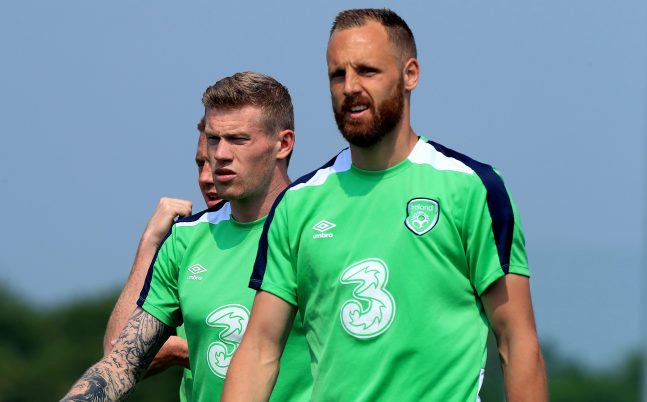 He was there, he was preparing, he was ready but he never got that training top off and it must've been downright frustrating.

END_OF_DOCUMENT_TOKEN_TO_BE_REPLACED

Every time he appeared from the changing rooms after the country's four Euro 2016 games, he walked on by the media scrums with a polite nod. He was always one of the first out of course but, as he watched his team mates being hounded for quotes and photos and watched them take up his place on the team as well, he never lost his professionalism and he never lost sight of why they were there.

They were there for the country. It wasn't about David Meyler, it was about Ireland. 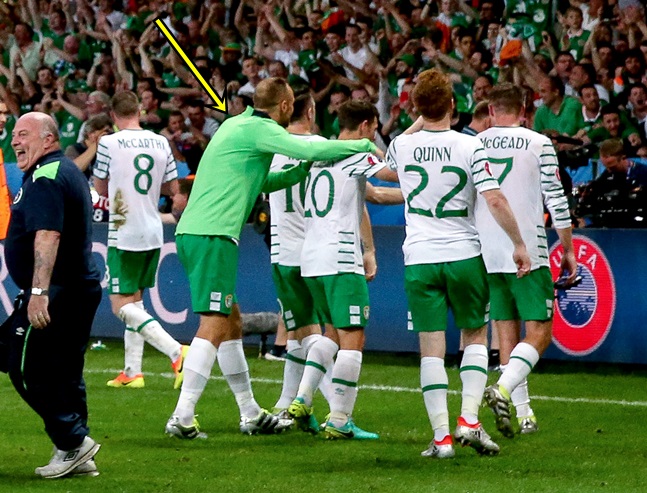 Seamus Coleman spoke after the Republic's famous win in Austria on Saturday night and he roared down the microphone with pure fire and passion.

David Meyler was the subject of his praise.

"I say it all the time, when I come out with this group of lads, it's a privilege," Coleman said.

"David Meyler: He's been waiting for a chance and he was different class."

END_OF_DOCUMENT_TOKEN_TO_BE_REPLACED

It probably irked at the Hull City man that he didn't get the nod in James McCarthy's absence in Vienna. There's no real reason why someone like Glenn Whelan should have accumulated 60 more caps than him with just five years to spare on the Cork native and now that it looks increasingly like the Stoke midfielder is entering his twilight years, his 27-year-old team mate could be forgiven for thinking he might edge ahead in the pecking order. 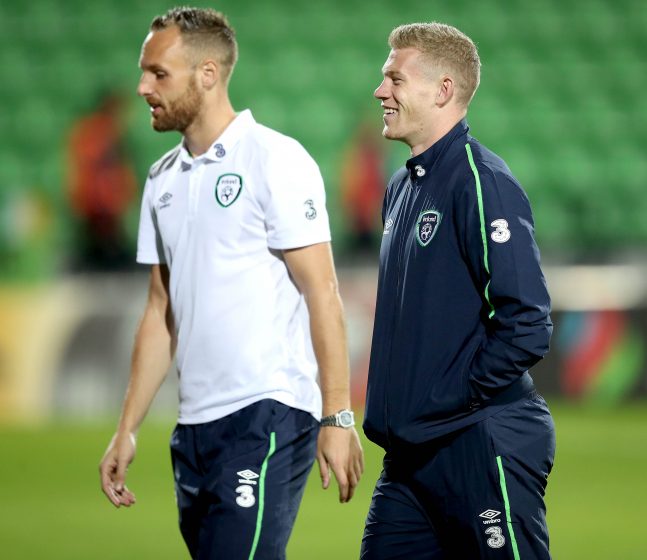 Roy Keane has always been a fan.

"I like Meyler," the national assistant manager said this time last year.

"Obviously I signed him, one of my better signings –  but that wouldn’t have been hard.

"Every time I spoke to people, and when Meyler was at Hull, I said 'he’ll never let you down'.

"He’s a good character, I’ll give him that. He’s a good player, he’ll do a good job for us, he’s a strong boy, good attitude.

"It’s no coincidence every time I see Hull and Hull are winning games, Meyler is playing for them."

It's not a coincidence that any time his country has needed him, Meyler has delivered. He's seen as a utility man, a reliable man but, by God, he has a bit about him as well.

He came on against Germany - at left back no less - and he was absolutely relentless. The team needed guided home with the world champions hounding them all over Dublin and Meyler took no prisoners and no mercy - not even on the referee.

Against Austria, the Republic faced a number of obstacles. A hostile away crowd, decent opposition albeit confidence-shot, and an international record that extended 29 years to find the last time Ireland won a competitive fixture away from home against a higher-ranked side.

They also had no James McCarthy, Robbie Brady deputising at full back and then Glenn Whelan pulling up after 23 minutes. For all intents and purposes, it could've been seen as a bit of a crisis.

David Meyler came on and it was a case of 'what the hell were you worried about'.

It took him a moment or two to catch the pace of the game and, by that stage, Ireland were probably lucky Janko didn't give the Austrians a lead after he found himself in space where you'd very much like your holding midfielder closing down.

After that, it was like Meyler took all the criticism and opportunities he was never given personally and he went about producing an all-action hour of pure spirit in the green jersey. When he needed to mince someone, he did it. When he needed to take the ball off a player under pressure, he did. And when he needed to play forward, he did it well.

He started the move for the only goal of the night - Cork City, to Shelbourne, to Derry City. Thought up, made up, and finished up in the League of Ireland.

He dinked a gorgeous pass over the top for Jeff Hendrick into the box and gave us so much more than we have been getting from that role. He gave us stability, sure, but he was also part of - he was also key to - the second half revival that saw the Irish emerge with a smell of blood in their nostrils. They sensed the Austrians were there to be taken and they went at them.

They shut us all up - all the critics who say they don't play enough football or that they respect opposition too much. And Meyler shut up a few of his own doubters too.

So much so that people are getting slightly carried away.

He lorded proceedings though.

David Meyler doesn't so much pass the ball, as deem that a team mate may be worthy of temporarily sharing possession of it with him. #ROI

David Meyler was brilliant in that second half. #COYBIG #autirl

Brilliant result. Delighted for Meyler in particular who's waited a long time for his big game chance. #COYBIG

Some game out of David Meyler, all the same.

David Meyler was a great addition to the Irish team when he came on! Superb defending & very creative in attack also! #IrlvAustria #Skill

Not that the man himself would take any of the credit.

He'll just go and get ready for the next time he's needed. But he shouldn't have to wait so long again. Not ever again. Not on this showing.


popular
Allan Saint-Maximin pays tremendous, heartfelt tribute to Steve Bruce after sacking
Shane Walsh: 'That's not how I was coached to play football. No one was coached to play football that way'
Spicy Donegal semi-final the highlight of a rip-roaring weekend of GAA on the tv
Seven exciting Ireland prospects pushing for November squad inclusion
"Ah, come on!" - Richie Sadlier and Didi Hamann couldn't even agree to disagree on Griezmann's red
"It’s taken its toll" - Steve Bruce gives first interview after 'mutually consenting' to leave Newcastle
Derry club win county final factfile games with extravagant set of jobs
You may also like
1 week ago
Claiming Callum Robinson has 'silenced his critics' with goals misses the point
1 week ago
Chiedozie Ogbene gives a brilliant interview after leaving Nemo Rangers behind to chase soccer dream
1 week ago
Callum Robinson performance shows Ireland what could have been
1 week ago
Adam Idah ready to play, but Ireland hit with late blow ahead of Azerbaijan clash
1 week ago
The Ireland XI that should get a much-needed victory in Azerbaijan
2 weeks ago
Callum Robinson says he is not vaccinated, despite having COVID twice
Next Page