"If Jurgen Klopp said that then it must be true."

Following the goalless draw with Manchester City on Sunday at Anfield, the Liverpool manager called the competition, which has been conceived as a measure to replace meaningless friendlies, "the most senseless competition in the world."

However, McClean doesn't agree with Klopp's assessment and said that regardless of the nature of the fixture, Irish players approach the tie in the same manner. 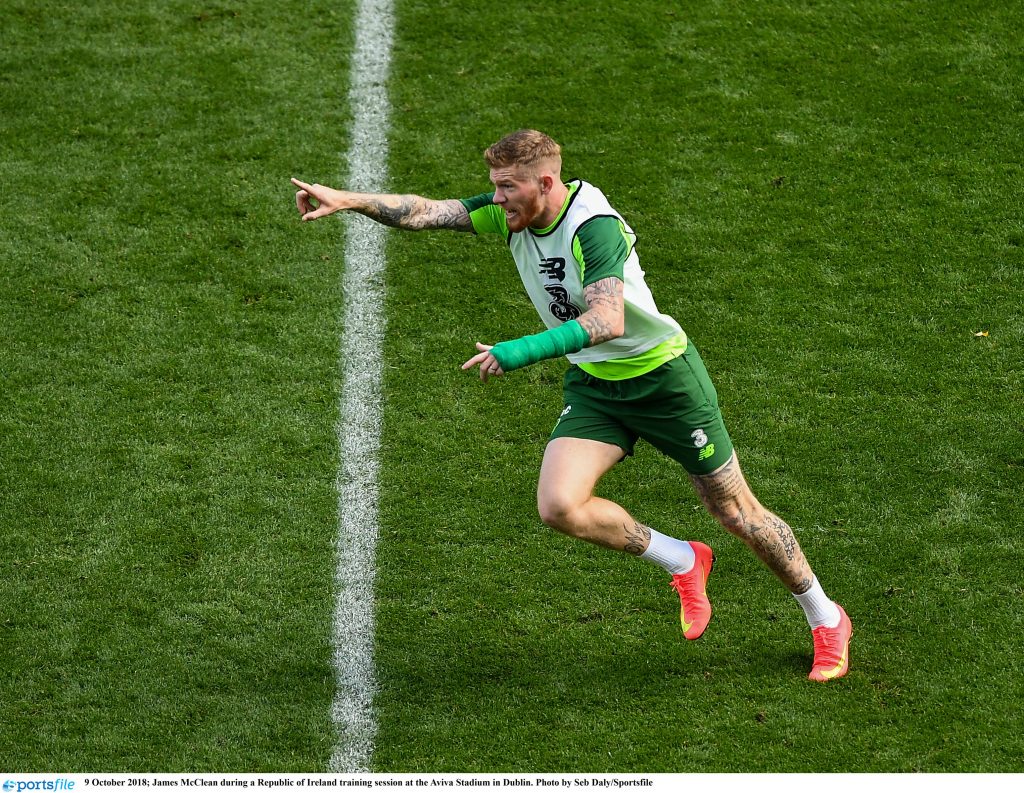 "If Jurgen Klopp said that then it must be true," McClean told reporters in Dublin on Tuesday afternoon.

"We're here to play for our country. It doesn't matter whether it's a friendly, a Uefa Nations League (game) or a qualifier. It means something. It means everything, well to me anyway.

"Yeah, I couldn't care less what Jurgen Klopp says, to be honest. I'm here to represent Ireland. And that means everything."

"It's a competitive game, there are points at stake. It affects you for seedings and rankings, and we're aware of that."

"I couldn't care less what Jurgen Klopp says. We're here to play for our country" - McClean on Klopp's comments about the Nations League.

END_OF_DOCUMENT_TOKEN_TO_BE_REPLACED

McClean was speaking to media ahead of Ireland's upcoming games in the new tournament. They play Denmark in Dublin on Saturday evening and host Wales next Tuesday.

Ireland got off to a dreadful start in the competition. Martin O'Neill's side lost 4-1 to Wales in Cardiff at the start of September and their fate in the Nations League could be decided over the next 10 days.

If they finish bottom of the mini-group, it would result in relegation to the third tier of the tournament.

More importantly, it would mean O'Neill's team will be seeded third for Euro 2020 qualification. 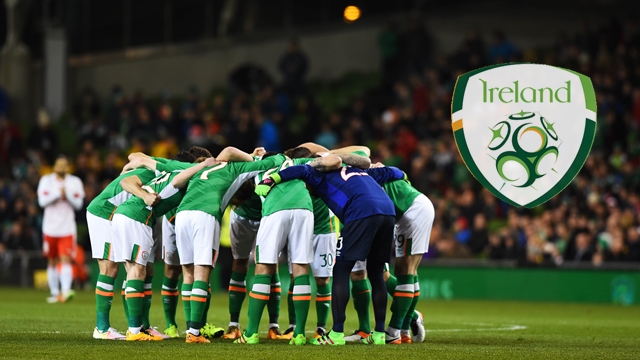 The final squad has been named. Martin O'Neill has finalised the Republic of Ireland's squad for ...

McClean picked up an injury on international duty last month but returned to action for Stoke City in their last two matches.

The Derry native, who could win his 60th cap against Denmark, told reporters that his injured wrist is healing well, and it won't rule him out contention for the upcoming games.

However, he refused to call the ties "grudge matches."  And said nothing that happens over the next few days will ease the pain of the 5-1 drubbing by the Danes last winter.

The Ireland boss leaned heavily on his squad's spate of injuries and absentees. Martin O'Neill wa...

"It doesn't matter who we play. There are points here at stake and we want to win both games," he said

"We're at home as well, which gives us a slight advantage. But we're up against two good sides. Two sides who in the last two games gave us a pasting. So, we've got something to prove, especially to ourselves.

"Nothing is going to right the wrongs of that night (against Denmark), especially given what was at stake. It was a night that cut very deep. It was very painful. They went on to the World Cup at our expense.

"No matter the result on Saturday, it won't right the wrongs of that night. That's gone. We have to let that go."

"We can't go into the game thinking about revenge" - McClean on Ireland's match against Denmark.

popular
Roy Keane's first impression of Cristiano Ronaldo proved to be very accurate
The SportsJOE 12 o'clock quiz | Day 290
The 14 Irish players Down Under as TG4 come up with the goods once again
Lady Gaga will perform Satanic ritual during Super Bowl halftime show, according to conspiracy theorist
Joe Rogan reveals he could be parting ways with the UFC
The SportsJOE 12 o'clock quiz | Day 289
"I kind of decided on Hill 16, 'you're either going to do this or you're not going to do this.'"
You may also like
2 months ago
Full player ratings as Ireland fall to another defeat in Wales
2 months ago
Matt Doherty awarded man of the match playing left back, says he has no problem playing there
2 months ago
Kevin Doyle easily sums up the difference between England and Ireland
2 months ago
Aaron Connolly ruled out of all three Ireland games along with Callum Robinson
2 months ago
Big blow for Ireland as David McGoldrick announces international retirement
2 months ago
Ireland's qualification in perilous position after defeat in Ukraine
Next Page