If Ireland end up in the play-offs, here's how the Germany result could affect the seedings

Ireland are third place at the moment.

They're seeded at the moment.

But, if they don't beat Poland (or draw at least 2-2), they will finish third and there's a good chance that they will initially slip to a non-seeded place.

Best third placed team is off the table 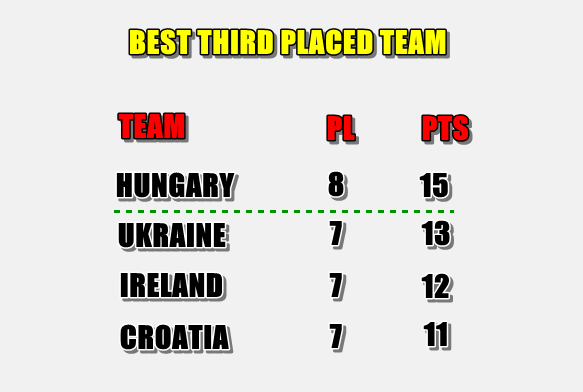 END_OF_DOCUMENT_TOKEN_TO_BE_REPLACED

Only eight games are considered for this race - they remove the results against the bottom seeds of each group (Gibraltar in our case).

Hungary being in that automatic position is bad news though because they were the closest to us in the UEFA rankings - we would presumably take over them once they're updated. And, although Ukraine have a game in hand to win that place back, Ukraine's last considered game is against Spain.

RIGHT NOW, we'd be seeded for the play-offs 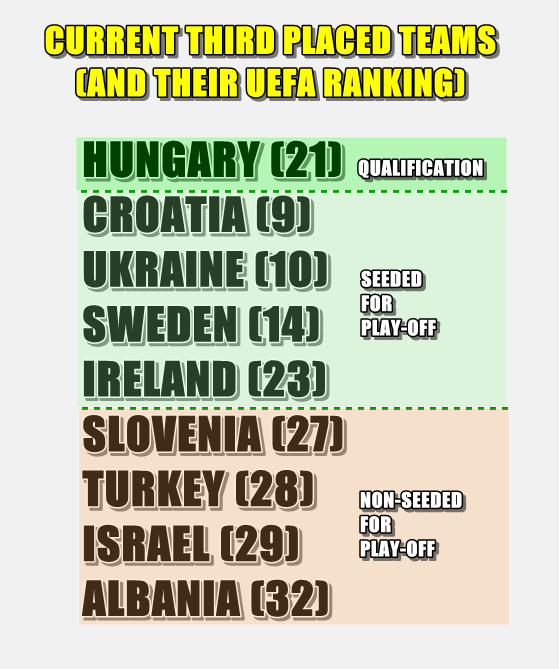 Seeding is decided based on UEFA's national team coefficient rankings. And, if you're in the top four highest rank teams (outside of the automatic qualifier), you are seeded for a play-off game.

Those teams could change though 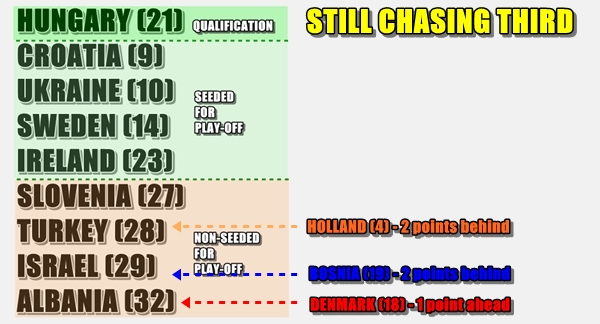 Both Holland and Bosnia have kinder fixtures (just about) than Turkey and Israel respectively as they chase third place in their own groups. But they're two points adrift with two games left. They are both ranked higher than Ireland (at the moment) though so if they were to finish third, they would come in as a seeded team and subsequently bump Ireland down.

The biggest concern is that Albania - the lowest ranked team of them all - will not finish third. They have one game left (a game in hand) against the worst team in their group, Armenia. And they are just one point behind Denmark who have no games left.

If Albania win (a draw won't be enough), they will move to second and bump Denmark to third.

Denmark would then come in as a higher ranked team than Ireland (initially) and so move Ireland down to the non-seeded batch. 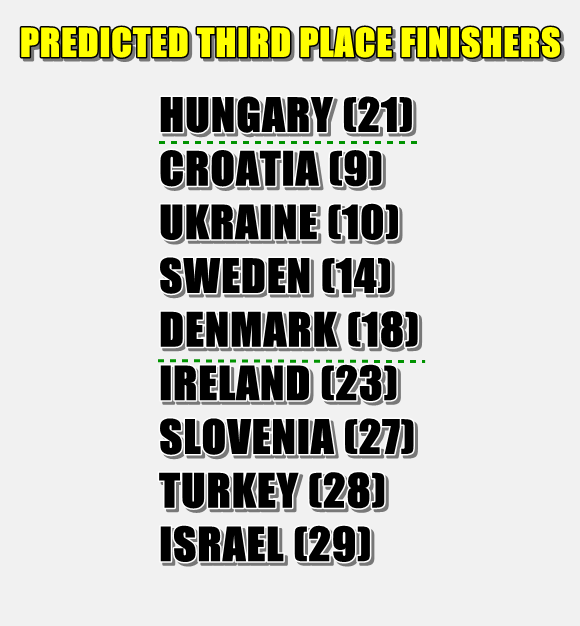 The rankings should change though

The last time the UEFA coefficient was updated was back in June 15 after Ireland had drawn with Scotland. Since then, a lot has changed and you'd fancy that both Denmark's rankings will decrease whilst Ireland's will increase and Martin O'Neill's men should take over them as a result.

Since the last rankings: 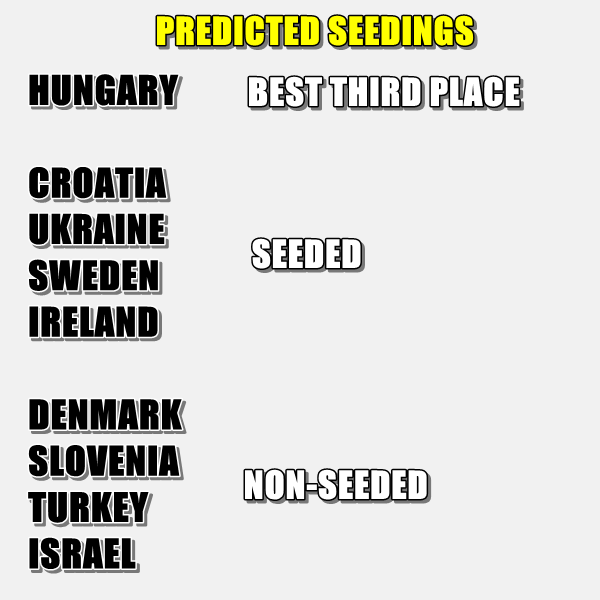 The biggest issue would be if Holland (ranked 4th) came in ahead of Turkey. We'd then have to catch Sweden (ranked 14th) from our 23rd spot. It depends how high we climb when the UEFA rankings are updated.

So just keep an eye out for Holland.

But, hey, screw it. We beat Germany. Let's just beat Poland too.


popular
QUIZ: How many of the 10 most successful football counties can you name without making a mistake?
Éamonn Fitzmaurice explains Aidan O'Shea's best position and how it can be used against Kerry
Conor McGregor and Floyd Mayweather 'in talks' about a rematch
Matt Le Tissier says he asked Sky Sports why they never sacked Jamie Carragher
Patrick Vieira claims he was 'much better' than Roy Keane in new interview
Steve McClaren issues warning to Man United players
Two All-Ireland quarter-finals to be streamed exclusively live on NOW
You may also like
4 days ago
Robbie Brady: Three Championship clubs line up Ireland winger on free transfer
4 days ago
Burnley name their price for Nathan Collins with two Premier League clubs interested
5 days ago
Troy Parrott wants to 'impress' Antonio Conte during Spurs pre-season
5 days ago
Aiden McGeady could be Hibs bound as Lee Johnson drops transfer hint
1 week ago
Three Premier League clubs reportedly want to sign Nathan Collins
1 week ago
"Is Stephen Kenny telling him to do it?" - Liam Brady questions Ireland tactics and contract decision
Next Page