QPR manager Ian Holloway has said that referees should be given the power to determine if players are faking injuries after the Hoops earned a late penalty in their 1-0 defeat to Reading on Friday.

QPR were awarded a penalty in the 93rd minute when Dave Edwards fouled Pawel Wsolek to give Holloway's side a chance to snatch a late draw, however, Reading forward Mo Barrow was injured down the opposite end of the pitch while play continued.

Reading supporters booed QPR for playing on but Holloway defended his side's decision not to kick the ball out and said that referees should be given the power to determine if a player is faking an injury.

"I think refs should have the power, if someone is injured, to determine whether it's fake or whether he isn't," said Holloway.

"If you're going to officiate the game, you've got to dominate that. The referee and the fourth official have got to take control of it. Otherwise, what are they there for?

"I can't scream 'kick it out, kick it out' at my lads like I was trying to. The game should never be abused in any shape or form, I think that's the referee's responsibility - to look after the players. 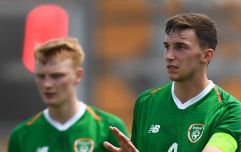 END_OF_DOCUMENT_TOKEN_TO_BE_REPLACED

"How pathetic is our game when we are told our referees can't make a decision on someone's health and welfare?"

The loss keeps the club in 15th place in the Championship with five games to play.