"He is my number two at Liverpool, I don’t think you can be rated much higher given the age he is."

Caoimhín Kelleher is certainly making the most of his number two position at Liverpool football club.

Normally the substitute goalkeeper rarely gets a chance to shine, and when they do get that opportunity, they often fail to sieze it.

However, the young Cork native has been thrust into the limelight, and in-between the sticks for Liverpool on numerous occasions, from Premier League to Champions League, and even against European giants like Ajax. 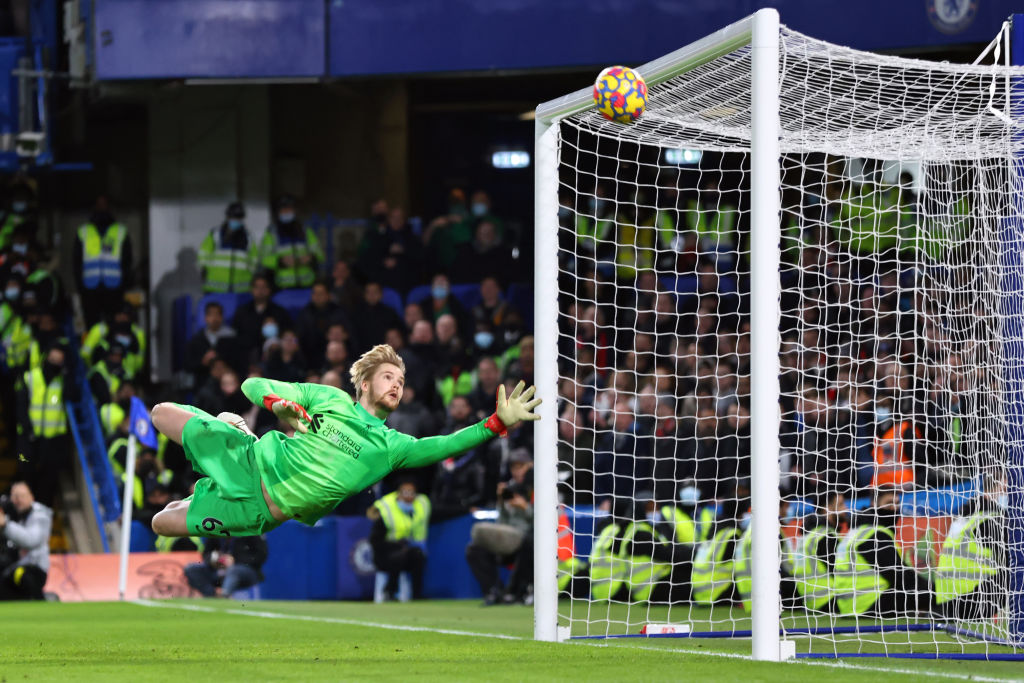 Now he has kept back-to-back clean sheets in the League Cup semi-finals against Arsenal, to secure that The Reds are on their way to Wembley this February.

"It's a few weeks till the final, I will keep training hard, see what happens and see if I get the nod," the 23-year-old told liverpoolfc.com.

"It's another final, a final is a final, we are obviously buzzing, another cup for this club, this club wants to win trophies, it's another chance to win and trophy so we'll go there and give it everything we have. 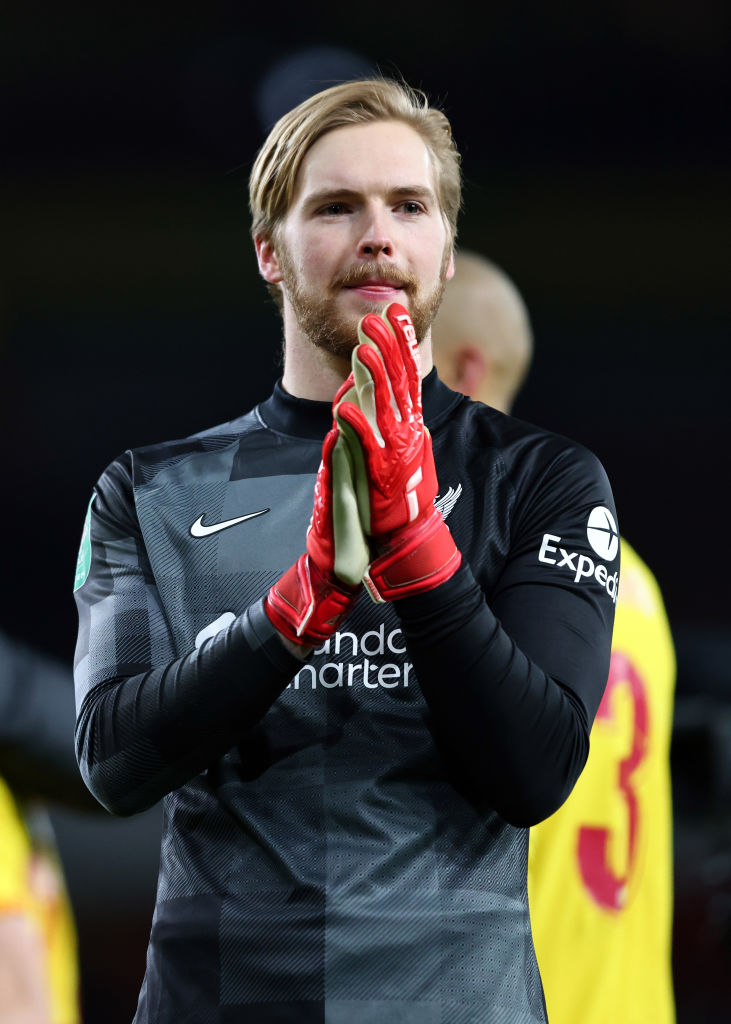 END_OF_DOCUMENT_TOKEN_TO_BE_REPLACED

"It's a great feeling, everyone is buzzing in the dressing room, 2-0 away is a great result and we are all buzzing and looking forward to Wembley.

"In the first half we played some good football and got the goal, it was a great Jots goal, in the second half they came at us a bit more, as we thought they would, we had to defend, then Jots got another goal which kinda settled it for us.

"I saw the reaction from Jots as soon as he scored, I thought maybe he wouldn't be onside, you can tell from the players, I just looked to the bench and they were celebrating as well, so I was happy when I saw that." 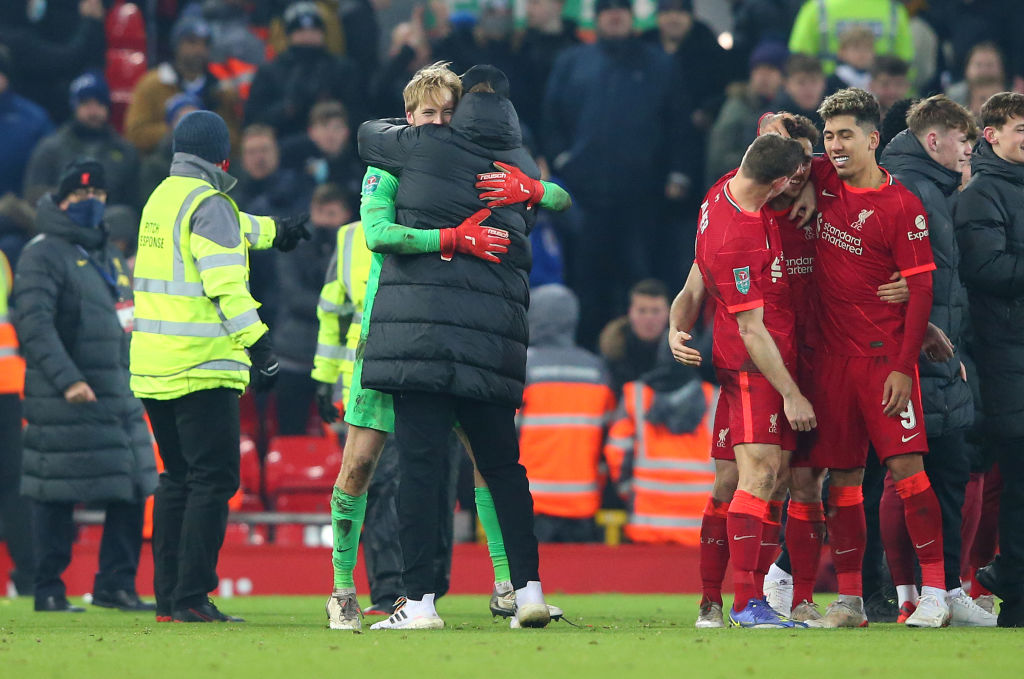 Jurgen Klopp has nothing but good things to say about the young Irishman, and believes that there is even more to come.

“He is my number two at Liverpool, I don’t think you can be rated much higher given the age he is. We are more than happy with him, absolutely.

“There are a lot of steps to go. Since I arrived here for the first time, I saw a skinny boy from Ireland, standing in a big goal. It was like ‘Okay, this could take a while…’ 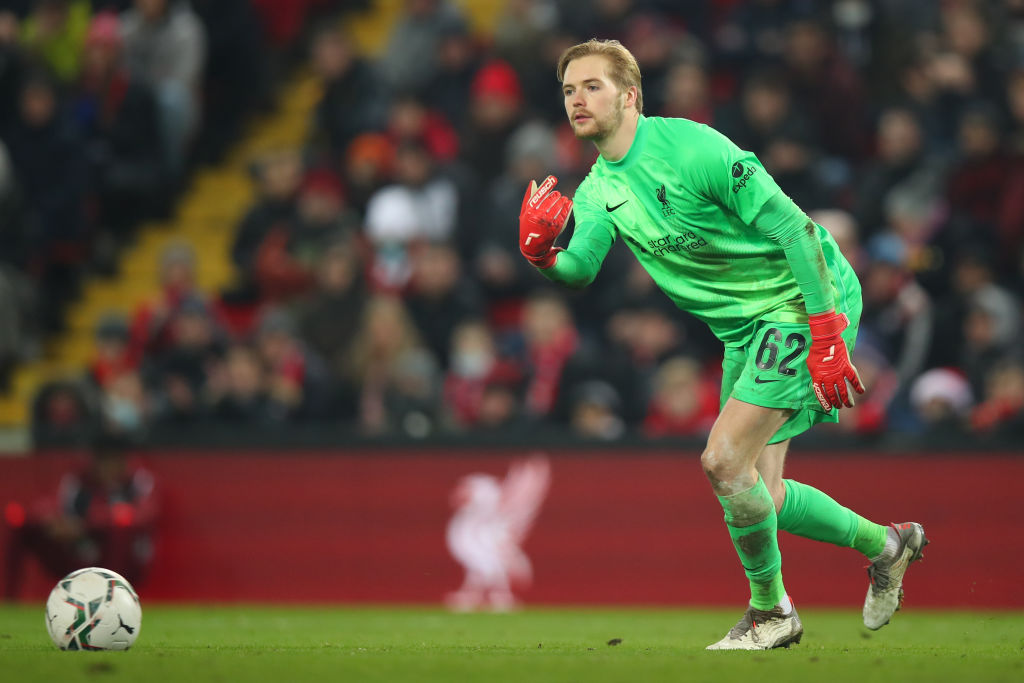 “Since then he has made incredible steps, and now he is a top-class goalie, definitely. He’s calm like you cannot believe, he’s good with the ball, and on top with that makes incredible saves.

“What can you do better at this age than learn from the best goalie in the world? All of these things are really good for him and we are more than happy to have him.”


popular
Talksport presenter puts Martin O'Neill to the pin of his collar over Declan Rice and Jack Grealish
The FootballJOE Qatar World Cup 2022 Geography Quiz
Rory McIlroy explains 'falling out' with Shane Lowry that lasted a few years
Ariel Helwani shares Paddy Pimblett WhatsApp messages as spat becomes public
Roy Keane scores winning goal past Micah Richards in ITV v BBC pundits match
Ballyhale's Colin Fennelly felt Ballygunner's victory speech was disrespectful
World Cup Power Rankings: The top eight pundits of the tournament so far
You may also like
4 weeks ago
How basic modern sports science would have saved Michael Owen's career
1 month ago
Trent Alexander-Arnold makes great point to those who criticise his defending
1 month ago
Jordan Henderson reveals how Roy Keane clash had him "dripping with sweat"
1 month ago
Jamie Carragher responds to Virgil van Dijk's claim that he wouldn't start in this Liverpool team
1 month ago
FA 'very concerned' about rise in number of Hillsborough chants
1 month ago
Looking back at the best Tottenham vs Liverpool clashes of the past
Next Page