Moyes feels for Lingard after his limited playing time this season

West Ham manager David Moyes has said he is disappointed for Jesse Lingard over his lack of playing time at Manchester United this season.

Lingard spent the second half of last season on loan with the London club, scoring nine goals for them and helping them to a sixth-place finish in the Premier League. His good form saw him play himself back into contention for a place in England's Euro 2020 squad, only narrowly missing the cut.

END_OF_DOCUMENT_TOKEN_TO_BE_REPLACED

He was strongly linked with a permanent switch to West Ham in the summer but ended up returning to United, where he has again struggled to play on a regular basis. He has yet to start a league game this season, making eight appearances from the bench.

"I can't really talk about him [Lingard] because he's a Manchester United player and it's not for me to talk," said Moyes, before continuing to talk about him anyway.

"But he was really good for us. Jesse knows what we all think of him here. My disappointment for Jesse would be, I think he's such a talented football player and he's not playing.

"He played a big part in our second half of last season. But you'd have to give credit to the players here, they've moved on without Jesse. 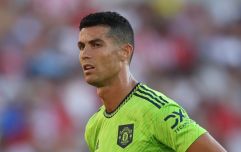 END_OF_DOCUMENT_TOKEN_TO_BE_REPLACED

"People might have thought Jesse made a difference here. But the players have moved on and stepped to another level themselves. But I've got to say, Jesse was a big part of that."

Lingard was again a substitute for United in midweek, coming on in the second half of the 3-2 win against Arsenal.

With Ole Gunnar Solskjaer (and Michael Carrick) now gone, it remains to be seen whether Lingard can make himself a more permanent fixture under Raf Rangnick, who was officially unveiled as United's new interim manager on Friday.