Why Arteta to Arsenal fell through

Arsenal didn't waste any time in moving on from Mikel Arteta.

Arteta was the clear front-runner for the vacant manager's position at former club Arsenal and negotiations had been ongoing but, all of a sudden, news broke on Monday night that Unai Emery was set to be announced as the new Gunners boss.

It seemed like an odd U-turn considering how far talks had reportedly progressed but the reason has since emerged.

END_OF_DOCUMENT_TOKEN_TO_BE_REPLACED

According to Miguel Delaney of the Independent, a disagreement existed between Arsenal and Arteta in relation to the 36-year-old's backroom staff.

There was also reportedly a degree of concern from the former midfielder about the level of control he would have from the board over matters beyond the first team. 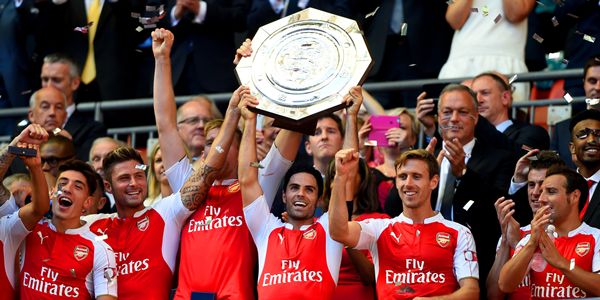 Arteta is expected to return to his role as one of Pep Guardiola's assistants at Manchester City while a press conference will confirm Emery's appointment as new Arsenal manager later this week.

END_OF_DOCUMENT_TOKEN_TO_BE_REPLACED

Emery, who was relieved of his duties at Paris Saint-Germain earlier this month, is said to be more willing to operate in the head coach role that Arsenal are pushing for.

Club chief executive Ivan Gazidis has put a management set-up in place whereby Emery will focus primarily on the coaching of the players, leaving much of the recruitment to Raul Sanllehi and Sven Mislintat.