And then some, Harry.

Harry Maguire and Michael Carrick were the first club representatives to face the media, today, after Ole Gunnar Solskjaer was sacked as manager.

Carrick, who was an assistant manager under Solskjaer and Jose Mourinho before him, has been named caretaker manager while the club look for someone to steer the ship until the end of the season.

END_OF_DOCUMENT_TOKEN_TO_BE_REPLACED

The former United and England midfield sat alongside Maguire, the club captain, at a Champions League press conference ahead of Tuesday's vital away game, in the group stages, against Villareal. While Carrick stated he did not expect to be in his caretaker role for a lengthy period, Maguire, who was sent off in Saturday's 4-1 loss to Watford, faced most of the questions.

"It has snowballed from one thing to another," Maguire reflected after being asked about Solskjaer's departure and a poor run of league form.

"The results recently have not been good enough and unfortunately Ole has paid the price for that. We have to take a big responsibility as well...

"We have not been delivering, individually and collectively. When you are not doing it collectively, the results pay the price. We have to take huge responsibility for that."

As stating the obvious goes, Harry Maguire wins today's prize. He will get a chance against Villareal to show he is ready to start putting things right on the pitch, before serving his league ban for the red card. 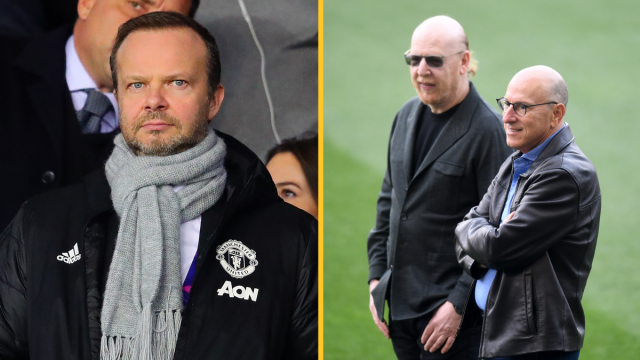 Ed Woodward could stay on until end of season

END_OF_DOCUMENT_TOKEN_TO_BE_REPLACED

Meanwhile, Ed Woodward could delay his Manchester United exit as the club look to appoint an interim manager until the end of the season before committing to a long-term appointment for the 2022/23 season.

The executive vice-chairman was due to leave at the end of the calendar year after the collapse of the European Super League plans left egg on his face. This news from April came as a relief to United fans, who had grown tired of his scattergun approach to transfer windows and generally poor running of the club's footballing operations.

But Sky Sports are now reporting that the former banker could be sticking around for a while longer as he oversees the next two managerial appointments.

🔴Manchester United's executive vice chairman Ed Woodward could delay his departure from the club as he oversees the appointment of the new interim and then their new long term manager pic.twitter.com/VeLOyXPShe

It was reported at the weekend that Richard Arnold, a director at the club, would be tasked with finding the next manager(s).

It now looks as though Woodward, who was instrumental in Solskjaer's dismissal, will stick around for a while longer to assist in the process of replacing the Norwegian.