Harry Gregg: the goalkeeper who saved a family

"I thought 'I won't see my wife and my little girl again'. Eventually, I could feel blood running down my face. I thought `Christ, I'm not dead'"

Harry Gregg passed away at the age of 87 this morning. The former Manchester United and Northern Ireland goalkeeper also played for Stoke City and Doncaster Rovers, before a management career spanning almost 20 years. He will, however, perhaps be forever remembered for his actions on a snowy runway in Munich on the afternoon of February 6th 1958. He certainly will be by one particular family.

The Munich Air Crash is woven into the storied history of Manchester United, and English football as a whole. The horror of the events that unfolded as the team travelled back from a 3-3 draw against Red Star Belgrade in Yugoslavia have been well-documented. After stopping to refuel in Munich, the plane attempted to take off twice, aborting both times as the plane failed to build up enough speed to become airborne. On the third time, the build-up of slush on the runway once again prevented the plane from taking off. It careered off the runway, through a boundary fence and crashed into a house on the perimeter of the airfield. 23 of the 44 people on board died, including 8 United players. 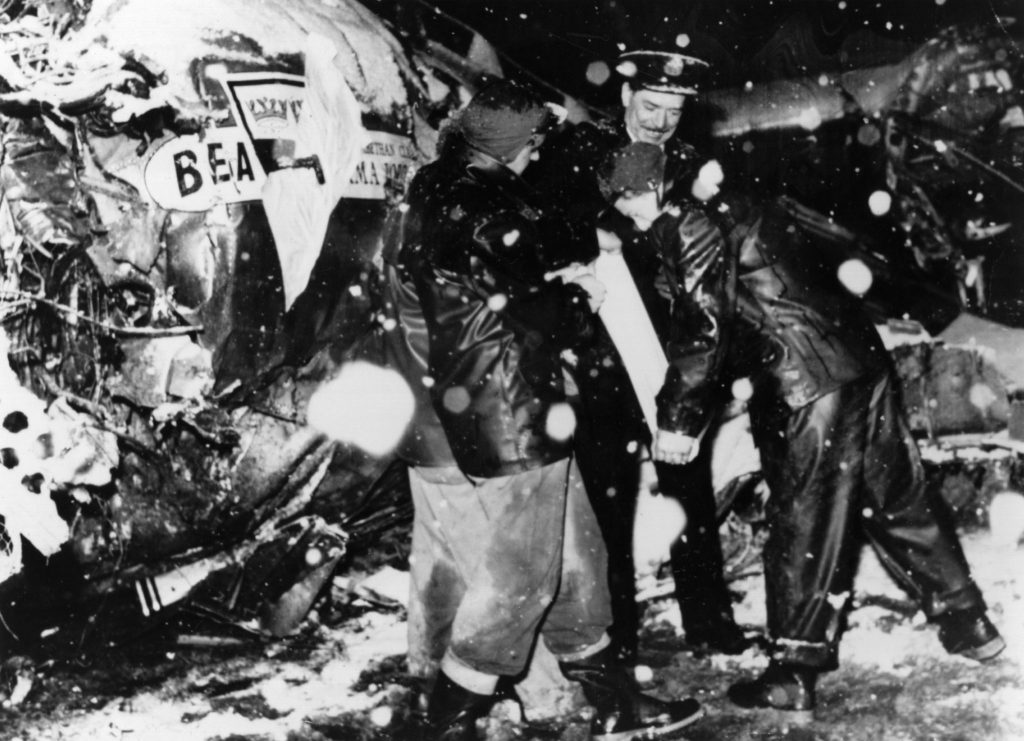 Harry Gregg was one of the first to emerge from the burning wreckage of the plane, and believed himself to be the only one alive at first. However, he quickly became aware of others and how much danger those still alive were in. He recalled these moments in a Granada documentary The Busby Babes: End of a Dream marking the 40th anniversary of the crash in 1998;

"I heard a child's cry from the plane. Captain Thain came running around my side of the cockpit and shouted 'Run, it's going to blow up'. The people running shouted again `Run!' and I shouted, `Come back, there's people alive in here' and they just kept going. I got into the plane near where I heard a voice. I was frightened of what I would find. Eventually, under a lot of rubbish I found the baby. I crawled out and started to run with it."

The child's name was Vesna Lukic, just 22 months old at the time. She was travelling with her mother, Vera, the wife of a Yugoslavian diplomat. Gregg risked his life to save the crying child, but he wasn't finished. With the smell of fuel hanging in the air and flames licking the fuselage of the plane, Gregg returned to save Vera Lukic, as well as teammates Bobby Charlton and Dennis Viollet. Many more could have died in Munich that night if it wasn't for Harry Gregg.

Speaking in the same documentary, Vesna Lukic understandably spoke incredibly highly of the man who saved her life;

"I have always thought that Harry was a great man, that he was something extraordinary. In our family, he has always been treated as a hero. If it hadn't been for Harry Gregg, there wouldn't have been a family at all. He told me that he heard me crying and he was already out of the wreckage running towards the woods. And then he remembered that he had a daughter who is called Lynda who was about the same age as I was. Harry told me that I even lost my baby suit that I was wearing. When he entered the aeroplane wreckage, it was on one side and I was on the other side. There must have been a very powerful explosion. Harry picked me up and gave me to stewardess Rosemary Blakeley. She cuddled me for some time and then gave me to the medical staff who put me in a car. That's how I reached the hospital. Harry had gone back into the plane after picking me up. He realised that my mum was in the wreckage too so he went and picked up my mum." 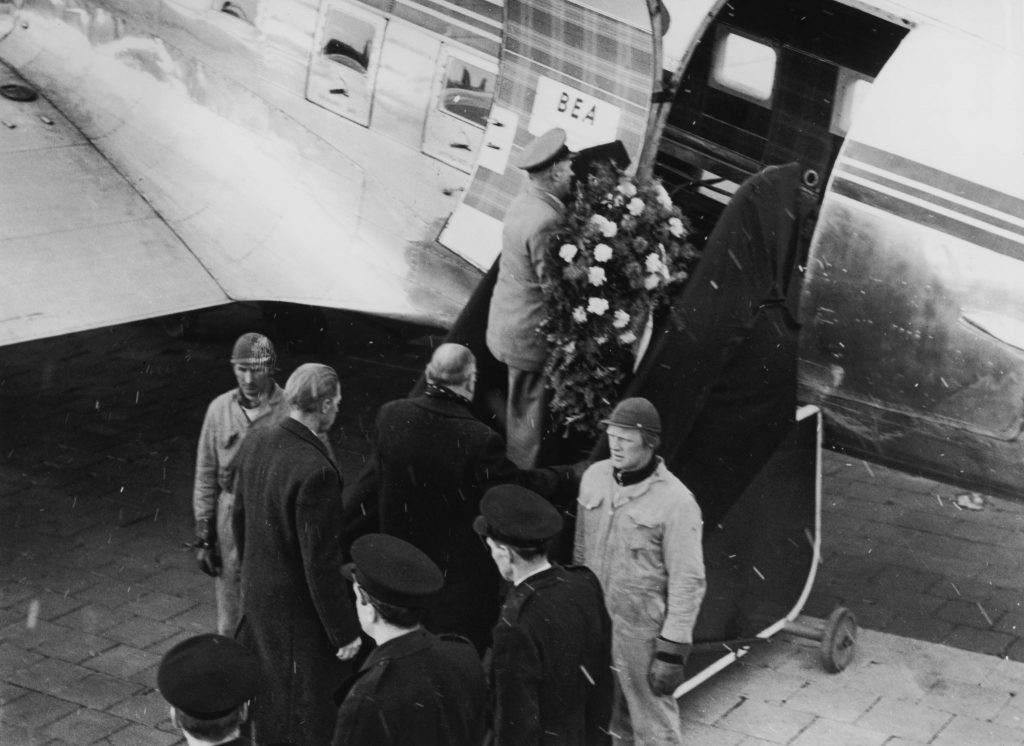 25 years after the crash, Harry Gregg and the Lukics were reunited for a poignant interview in Swansea, where Gregg was managing at the time. There, Gregg learned for the first time of yet another life who had been saved by him, as Vesna revealed;

"At the time of the catastrophe, my mother was three months pregnant with my brother, and now he (Zoran) is a handsome boy of 24, he's starting to become a journalist and he's doing his National Service in the army at the moment. I think that he is super human, and that he is a very special person. I wouldn't be here if it wasn't for Mr. Gregg."

In a 2008 BBC Documentary for the 50th anniversary of the crash, One Life: Munich Air Disaster, Harry Gregg met Zoran Lukic at Munich Airport. Lukic, a 49-year old man by this stage, told Gregg

"I have always wanted this moment, to look into your face and say to you 'Thank you'. I was the third passenger you saved, but, at the time, you were not to know that."

Gregg, as he always seemed to do, attempted to downplay his role in events that day;

"You've nothing to thank me for. I did what had to be done without thinking about it. I've lived with being called a hero, but I'm not really a hero. Heroes are people who do brave things knowing the consequences of their actions. That day, I had no idea what I was doing."

Many people never accept what they truly are, often for negative reasons. Harry Gregg was the opposite. He perhaps never fully came to terms with just how much of a hero he truly was, to so many people. 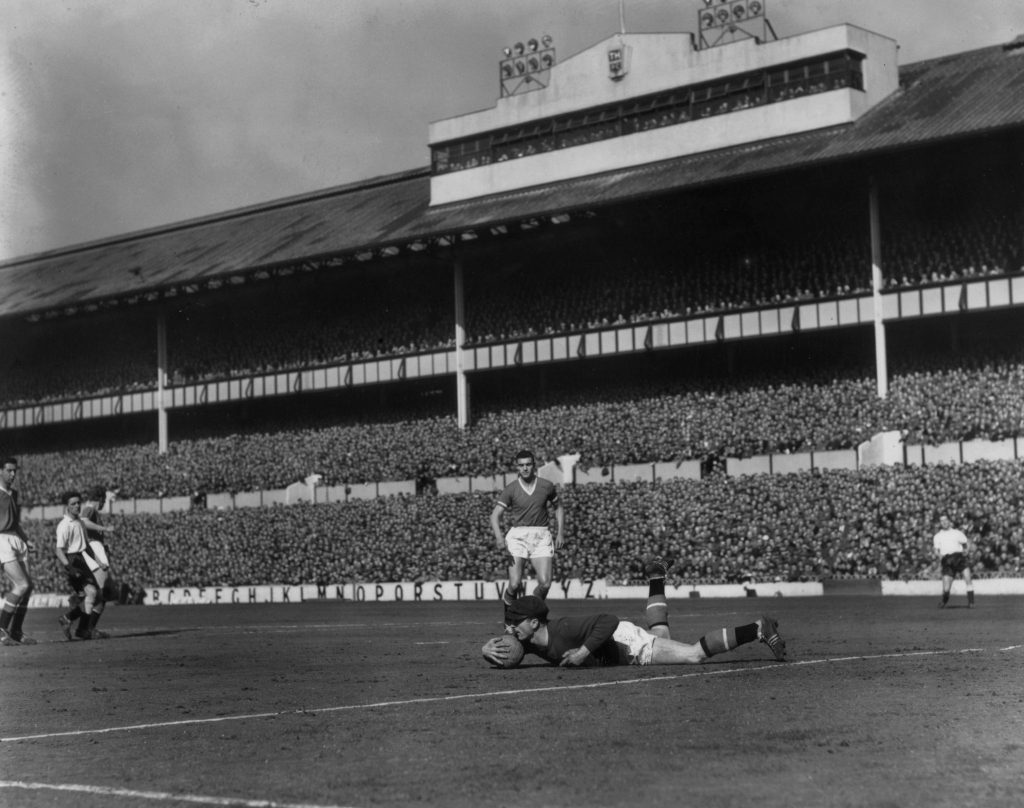 
popular
The SportsJOE 12 o'clock quiz | Day 103
James Haskell on text exchange with Peter O'Mahony after Ireland's victory over Scotland
SportsJOE 2000s Football Quiz | Round 8
"The academy boys have turned into small monsters over the past few weeks" - Peter O'Mahony
Can you name the first clubs these players went to after leaving Liverpool?
"I have more work done than any player in Ireland" - The Trevor Giles tribute show
The SportsJOE 12 o'clock quiz | Day 102
You may also like
1 week ago
Uncomfortable truth about Roy Keane swipes at De Gea and Maguire
3 weeks ago
'I never liked Eric Cantona... but he was my favourite player' - Neil Ruddock
3 weeks ago
10 Liverpool players Manchester United fans loved to hate
3 months ago
The Ultimate Manchester United Treble-Winning Quiz
4 months ago
"The day Dean Henderson comes back, he's obviously fighting to play"
4 months ago
"I would have lynched him after that" - Roy Keane
Next Page