It seems Harry Arter's awful penalty miss has been vindicated

Harry Arter's penalty miss may not have been as awful as it first seemed.

Arter may just about avoid joining the likes of Chris Waddle, Gareth Southgate and Stuart Pearce in infamy by account of his miss coming in a fairly dull 0-0 draw between Southampton and Bournemouth. Most of those that were present at the game, last weekend, have probably forgotten the finer details already.

Arter will rue that miss - when he skied the ball over - for some time yet and it cost his side two valuable league points. He was the second away player to balloon a penalty over at that end of Southampton's St Mary's stadium, the other being Tottenham's Harry Kane.

Following the Cherries' draw, the Republic of Ireland midfielder remarked that any players called Harry should opt against taking a spot-kick at St Mary's next time.

However, it seems there may have been something other than dodgy serendipity at play when both Harry Arter and Kane sent their respective penalties into orbit. As photographic evidence will prove [below] the ground around the penalty spot gave way on both occasions, causing both men to lose balance. 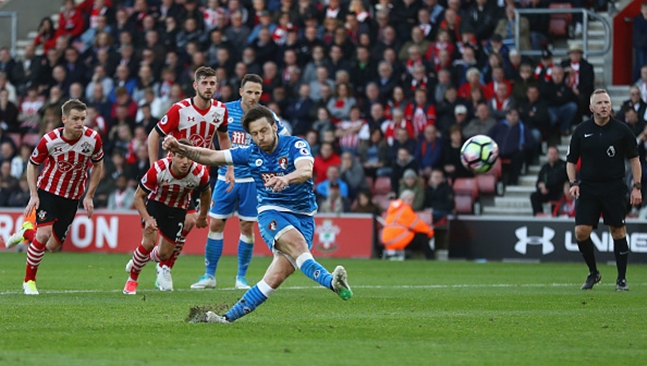 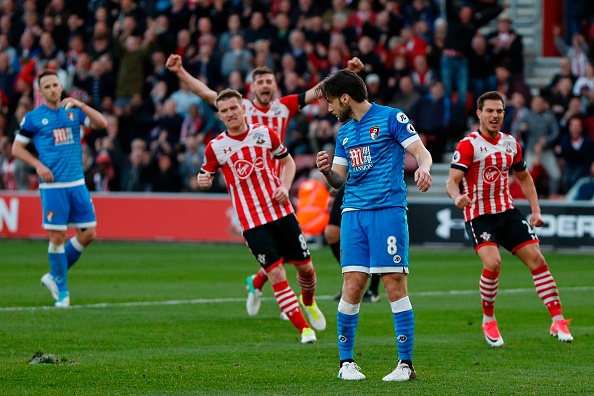 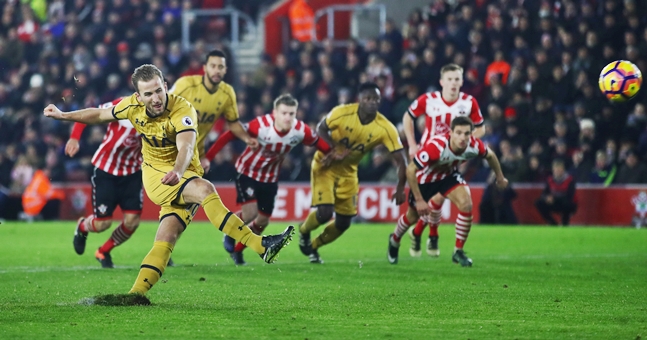 Southampton, last night, replaced that area of turf for their home tie with Crystal Palace.

That patch of the Saints' box had some freshly minted/grown grass but there were no spot-kicks awarded to test whether or not it held up.

popular
Sean Cavanagh speaks nothing but sense about what GAA players should do in the gym
The SportsJOE 12 o'clock quiz | Day 309
Robbie Henshaw one of three Irish players deserving of Lions Test XV
Marcus Rashford and teammates reach out to Timothy Fosu-Mensah after knee injury
Referee Mathieu Raynal puts Sexton in his place after TMO mess
Welsh star backs Ringrose and Henshaw for Lions backline
"I feel it is important to provide people with some context surrounding this photo."
You may also like
1 week ago
Jurgen Klopp and Seamus Coleman exchange words as Everton beat Liverpool
3 weeks ago
Death threats sent to referee Mike Dean and his family after Soucek red card
3 weeks ago
Jeff Hendrick criticised for "stupid" red card foul on Takumi Minamino
4 weeks ago
Roy Keane takes "frightened" Man United to task after more dropped points
4 weeks ago
Ole Gunnar Solskjaer overheard ordering Rashford to target Arsenal star
4 weeks ago
Liverpool linked with shock Shkodran Mustafi move to solve defensive injury crisis
Next Page