"It was the way you looked."

Manchester United and Liverpool played out a goalless draw at Old Trafford on Sunday afternoon.

Neither side created many goal scoring chances of note but neither side will be too disappointed with the final result.

Liverpool remain a point clear of Manchester City at the top of the table and while United dropped down to fifth place, they are only a point behind Arsenal as they seek to finish in the top four. 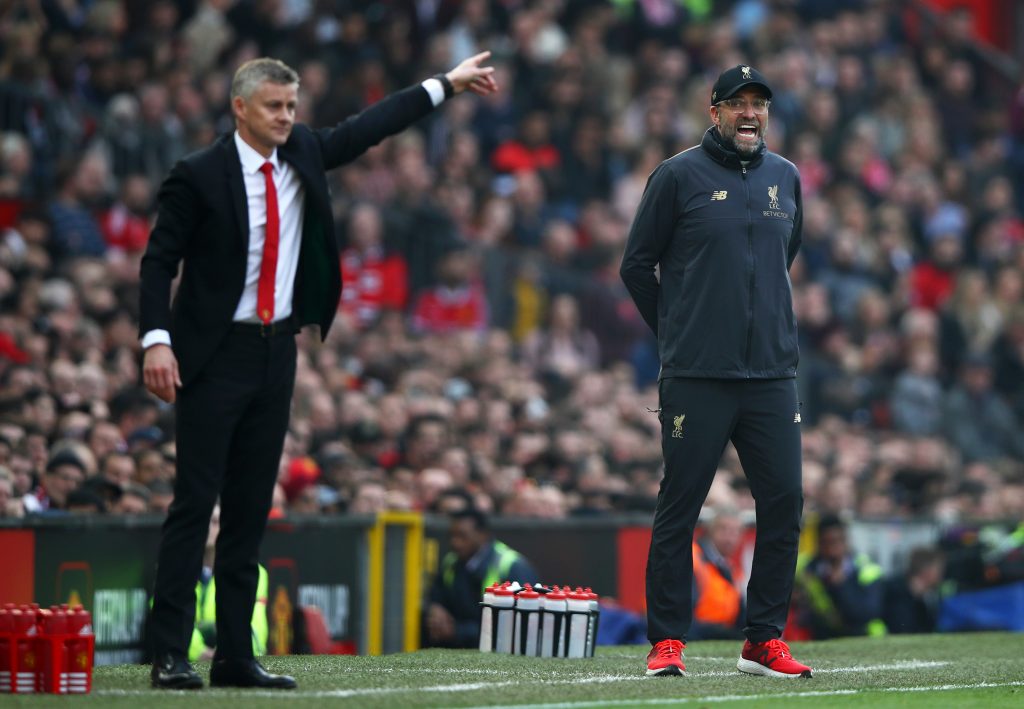 END_OF_DOCUMENT_TOKEN_TO_BE_REPLACED

The home side were hit by first-half injuries to Juan Mata, Ander Herrera and Jesse Lingard, who had come on as a substitute, and were forced to use all three of their changes before the break. To make matters worse, Marcus Rashford also appeared to be carrying an injury and played within himself for most of the game.

Roberto Firmino went off injured for Liverpool, who will focus on the positives and view a point gained at Old Trafford, on a day when their star players failed to fire, as a valuable one.

END_OF_DOCUMENT_TOKEN_TO_BE_REPLACED

Some may argue that Jurgen Klopp's team should have pushed harder for a winning goal after United suffered several injuries. However, Graeme Souness would not be one of those people.

"I thought they dominated the ball up until the 18-yard box," Souness said at full-time, before pausing to take issue with Sky Sports presenter Dave Jones.

"Why are you looking like that? Do you not agree with me?" he asked.

"I was just wondering if they agreed with you," Jones said after a slight pause.

"Well, it was the way you looked."

You can watch the exchange here:

Souness also said that Liverpool's problems were in central midfield.

“They didn't have enough imagination or creativity in midfield. Liverpool’s five midfielders have scored six goals this season – that’s not enough if you’re going to win the league."

While Jamie Carragher said that Liverpool's forwards failed to deliver.

“There’s got to be a lot more from the front three. They are your big players and you need your big players at places like this. They had them at the other end, with the goalkeeper making the Lingard save. Liverpool’s front three haven’t quite exploded yet this season – they’ll need to if they’re going to win the league.”


popular
Ireland vs Wales: All the big talking points, moments and player ratings
Peter O'Mahony reaction to Liam Williams scuffle shows he may finally be mellowing
Patrick Horgan addresses infamous Kieran Kingston interview after Cork beat Limerick
Matt Williams tears into media for "rubbish" written about Ross Byrne
Conor McGregor offers solution to Croke Park fiasco that should suit all parties
"You know why" - Jurgen Klopp refuses to speak to Athletic journalist at press conference
Allianz National League Round 2: All the action and talking points
You may also like
2 days ago
Roy Keane reminds everyone of his feelings towards Newcastle United ahead of cup final against Man United
2 days ago
Even Roy Keane felt Michael Dawson went too far with his remark to Tom Heaton
3 days ago
Roy Keane says Man United's improvement is down to "energy sappers" leaving
3 days ago
Jaden Sancho can't hide his smile as Old Trafford give heartwarming reception
3 days ago
The four players offered to Man United before they decided on Marcel Sabitzer
4 days ago
Harry Maguire rejects offer from Inter Milan to fight for Man United place
Next Page