All doesn't seem well at Paris Saint-Germain, particularly for Georginio Wijnaldum, who has struggled to adapt since his summer move from Liverpool.

The Dutchman has rarely featured, completing 90 minutes just twice this season and according to L’Equipe has faced a lack of support from several of the South American stars at the club.

END_OF_DOCUMENT_TOKEN_TO_BE_REPLACED

According to the French news outlet, it is reported that Wijnaldum 'hasn't got the support of South American players' as they would prefer fellow South American Leandro Paredes, who plays in the same position as the midfielder, to be the first choice.

Earlier this year, Wijnaldum admitted that it had been a tough start to life at PSG, saying: "I can’t say I’m completely happy because the situation is not what I wanted.

"I’m a fighter. I have to stay positive and work hard to turn it around.

"I have played a lot in recent years, was always fit and also did very well. This is something different and that takes getting used to. 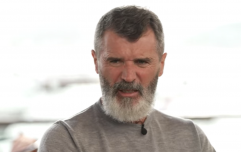 END_OF_DOCUMENT_TOKEN_TO_BE_REPLACED

"I was really looking forward to the new step and then this happens. It is very difficult."

Less professionalism, more the sort of fight you would hear on a primary school playground as to who is allowed to play in the big lunchtime football match.

Meanwhile, on a more serious note, Nicolas Anelka has slammed Messi for his slow start to life at PSG and feels that he should face the same scrutiny as teammate Neymar does.

Messi has yet to hit the ground running at Paris, scoring just twice in the Champions League and failing to find the net in Ligue 1 this season.

END_OF_DOCUMENT_TOKEN_TO_BE_REPLACED

And Anelka, who had two spells at the Parc de Princes believes that Messi isn't setting the world alight at the moment and that he should be scrutinised like teammate Neymar.

Speaking on RMC he said: "Today we demand from Neymar, but we can do the same with Messi. Since the beginning of the season it is not extraordinary either.

"There is a player who has six Ballon d'Ors and finally is not so extraordinary."


popular
Roy Keane flew home from Qatar World Cup as 'fellow pundits were getting on his nerves'
World Cup 2022 Day 20: All the major action and talking points
Talksport presenter puts Martin O'Neill to the pin of his collar over Declan Rice and Jack Grealish
Roy Keane reveals what he wrote about England during Senegal game
Rory McIlroy explains 'falling out' with Shane Lowry that lasted a few years
World Cup Power Rankings: The top 10 players at the tournament ahead of the quarter-finals
Roy Keane and Gary Neville reignite argument about Cristiano Ronaldo
You may also like
2 days ago
Cristiano Ronaldo's sister blasts Portugal boss' decision to start forward on the bench
2 days ago
Gary Neville reacts to Cristiano Ronaldo's omission from Portugal starting XI
3 days ago
Jack Grealish wears special t-shirt designed by young fan with cerebral palsy
4 days ago
The full player ratings as England beat Senegal to set up quarter final against France
5 days ago
Arsene Wenger claims teams who focused on politics at World Cup did worse
1 week ago
The SportsJOE Friday Pub quiz: Week 3
Next Page