Gavin Bazunu, Andrew Omobamidele and a glimpse of better days ahead

We have had it up to our eyeballs with what Ireland deserve or do not deserve over the Stephen Kenny reign. Against Serbia, lads like Gavin Bazunu and Andrew Omobamidele just got on with it.

Under Kenny, Ireland have looked their best against the better sides. Slovakia, Portugal, Wales and Serbia all knew they were in games when they faced us. It is the likes of Finland, Bulgaria, Luxembourg, Azerbaijan and even Andorra that have caused us issues.

END_OF_DOCUMENT_TOKEN_TO_BE_REPLACED

Ireland are playing good football up until that final third. It starts to come apart up there. At present, we just don't have those attacking gems of old. There is no pure striker like Robbie Keane. No lively winger like Damien Duff that can cut in and curl ones home. No all-action forward like Jon Walters to chip in with vital strikes in big games. Not even set-piece specialist like Ian Harte to turn a promising free-kick into a goal.

In the 52 Ireland games that have passed since Robbie Keane retired, we have scored 45 goals. That kind of return will always have you in trouble.

In Adam Idah, Troy Parrott and Aaron Connolly, we may get one guy that can get 15 to 20 international goals for us, but we're not there yet. Apologies in advance to 16-year-old Brighton striker Evan Ferguson for the hype that may be coming your way.

What Ireland have always produced in healthy dollops, though, are good defenders and goalkeepers. We have had an array of them over the years. You'd quickly fill both hands and already be wiggling your toes if you were asked to name our best ones.

On Tuesday night at a raucous Aviva Stadium, we got to see another goalkeeper and defender that we'll be hearing a lot from over the next decade and, hopefully, beyond.

Bazunu and Omobamidele, one from Dublin and one from Kildare. Both only 19. 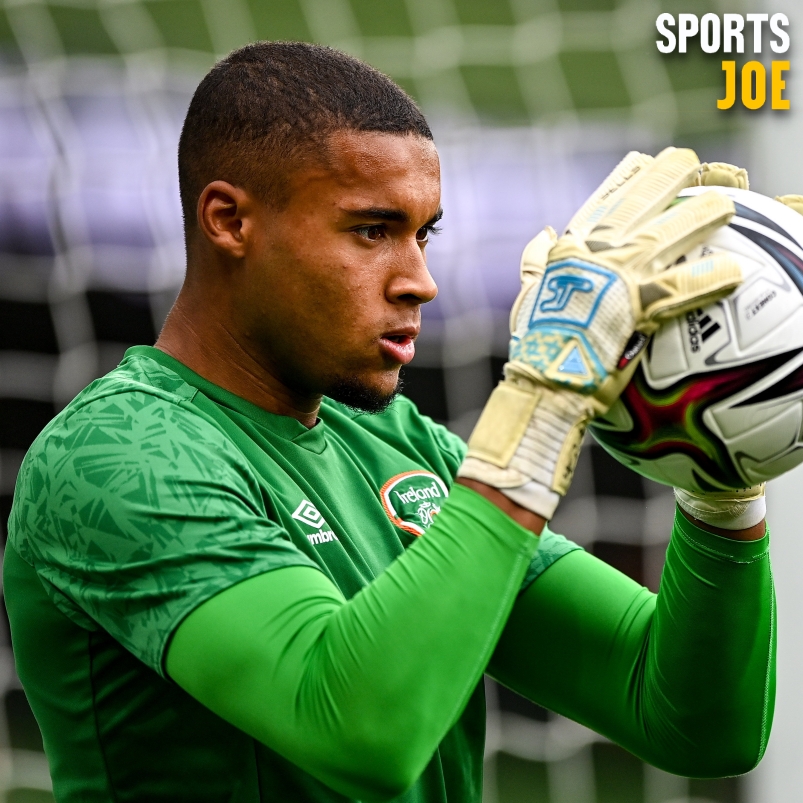 END_OF_DOCUMENT_TOKEN_TO_BE_REPLACED

Serbia are a very good team with lots of class, technical players. They have lads plying their trade at Lazio, Sevilla, Torino, Valencia, Werder Bremen and Ajax. Aleksandar Mitrović, a real handful on the night, may be tipping away with Fulham but he is lethal at international level [43 goals in 66 games].

Mitrović and the 21-year-old Fiorentina striker Dušan Vlahović caused Ireland trouble all night. The likes of Shane Duffy and John Egan were doing their best to make their lives uncomfortable, but both men still had fizzes at the Irish goal. Bazunu was equal to everything they could throw at him.

The Manchester City goalkeeper, currently on loan at Portsmouth, had a sensational game. His performance against Portugal was very good but this was another level. He commanded his box, distributed well, made life so much easier for his defenders, showed great reactions and saved well with his hands and feet.

It would be hard to blame him for the Serbia goal - a crisp, flicked header from a corner - but Bazunu got a hand to it and will tell himself he should have helped it over.

Omobamidele was another that showed promise against Portugal - he came on as an early sub for Dara O'Shea - but he went another notch too. 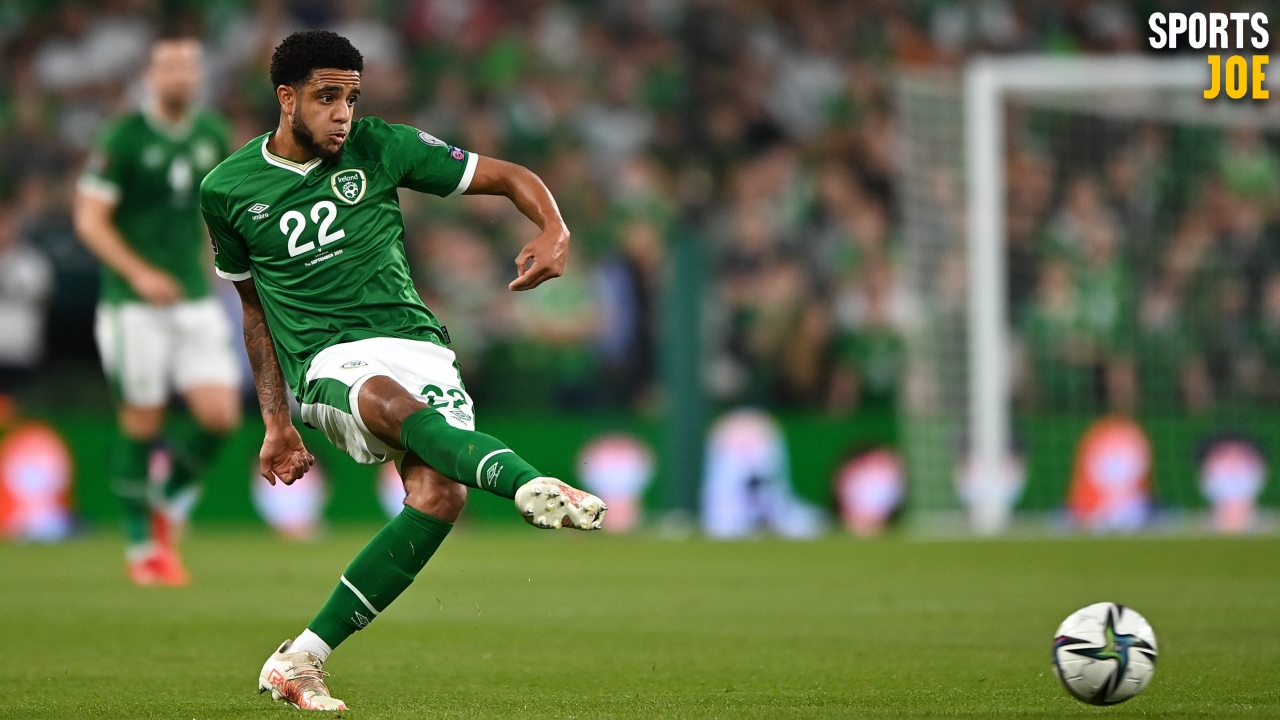 Andrew Omobamidele of Republic of Ireland. (Photo by Seb Daly/Sportsfile)

On no less than three occasions, the Norwich City defender appeared on the scene at the last moment to make a last-ditch tackle or clearance. Between the pair of teenagers, they kept Ireland in the match. As long as it was only 1-0, there was hope.

In the end, although Ireland pressed late on, they would have been hard-pressed to say they deserved a win. A draw, maybe. At a push.

Up until the 86th minute, Serbia had 10 attempts on target to one from the hosts. Serbia were the better side, but they had been pushed hard.

Then, with minutes remaining and the home fans desperate for anything positive to get behind, a testing cross went into the box. Egan, Duffy and James Collins looked to have all got in each others' way, but the Serbians could not clear their lines. A hacked attempt struck the back of Nikola Milenković and rebounded into the net. It was sloppy as hell, but no-one cared.

Serbia tried to muster a late attacking burst, but it was left to Omobamidele to try settle it.

Showing all the confidence of a young lad that just made his first competitive start for his country, and crushed it, he connected sweetly with a drive that was just tipped wide by Predrag Rajković.

"No more than Stephen Kenny's Ireland deserve," crooned George Hamilton up in the commentary gantry.

He was wrong, but it felt so right.