So close to glory but yet another defeat. A night, though, when pride was restored. Our Ireland player ratings are littered with superb performances.

The first half had enough drama packed into it for an entire qualifying campaign. After a bright Ireland start, Portugal were awarded a controversial penalty.

END_OF_DOCUMENT_TOKEN_TO_BE_REPLACED

There was a lengthy VAR review - during which Cristiano Ronaldo clashed with Dara O'Shea - before the penalty was confirmed, only for Gavin Bazunu to brilliantly save it.

Ireland grew in confidence from that and were rewarded for their endeavour when John Egan put them in front with a well-met header from Jamie McGrath's corner.

END_OF_DOCUMENT_TOKEN_TO_BE_REPLACED

Portugal peppered the Irish goal in the second half, but Bazunu was only really stretched on one occasion. Instead, it was wayward Portuguese finishing - Bernardo Silva with the worst miss - and great Irish defending that left it at 1-0 heading into the final stages.

Ireland got all the way to 88:45 until a Cristiano Ronaldo header broke Irish hearts. There was still time for McClean to get another sight of the Portugal goal but Rui Patricio parried wide.

The last chance fell to Portugal and, on 95:26, Ronaldo's salmon leap header won it for Portugal and all but ended our World Cup dreams. Portugal got the home side breaks from the referee, who did not allow late Irish subs on, but Kenny's men will feel they should have closed it out.

Here's how we rated Stephen Kenny's Boys in Green. 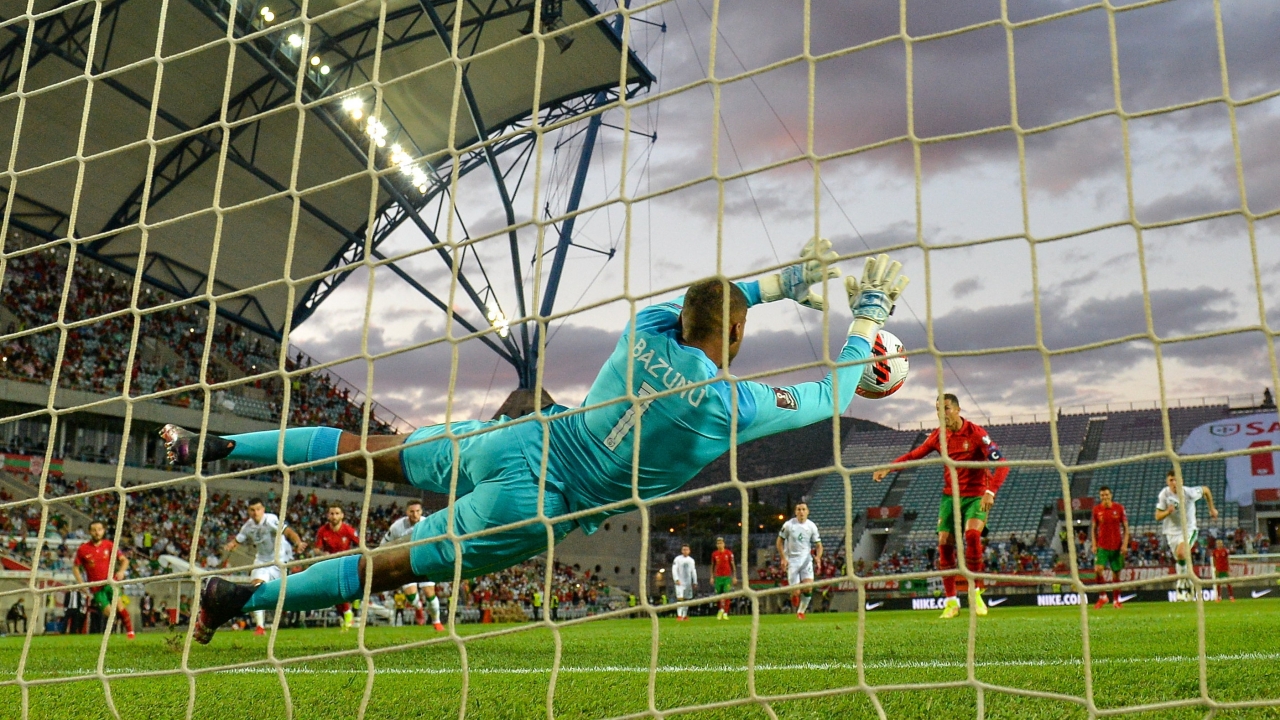 His passing out of the back put his side in trouble on a couple of occasions - including the penalty concession. Made up for that with a superb penalty save from Ronaldo. Bruno Fernandes almost squirmed a shot under him, but he scrambled well. Got behind some second half drives and exuded calm. Excellent save to repel a Ronaldo free-kick. Could do little to keep the headers out from Ronaldo.

Had started brightly and made a couple of nice interceptions before an ankle injury ended his night.

Another exceptional performance from the Ireland captain. Tidy at the back and kept getting forward in support of McGrath when he could. Got a vital block on a Silva goal-bound effort. Kept Ronaldo very, very quiet.

One diving block in the first half showed you he was well up for this one. Made an insane diving header block, early in the second half. Head was like a ball magnet, at times.

His first Ireland goal was reminiscent of Roy Keane's header against Juventus in 1999. Showed up in the box to cushion a header to Connolly, and it should have been 2-0. Bravely threw his head in to deny Paulinha.

Some really tidy passing in the centre of the pitch, and was not flustered by the big games around him. Spread the play well and put some nice balls over the top. Kept a tight lid on Bruno Fernandes. Two diving header clearances from headers, and he made it a hat-trick, soon after.

Got Bazunu out of early trouble after an under-hit pass. Could not repeat the dose, on 11 minutes, and it led to a penalty. Got his head on a couple of tricky Portugal crosses.

Nice early run, up the left, and a silky pass to put Connolly clear. Was an attacking threat up the left as he showed the form of old. Got under the skin of the Portugal players and fans, which told you he was doing something right. Came back to save the day after McGrath and Duffy had been caught out. Blessed when Silva blazed over when he made his one big slip-up.

Was industrious throughout, and linked up well with Coleman on the right. Lovely in-swinging corner for Egan's goal. Sloppy in possession, 0n 68 minutes, but Doherty saved the day. Plugged away all night, and showed he is of international standard. 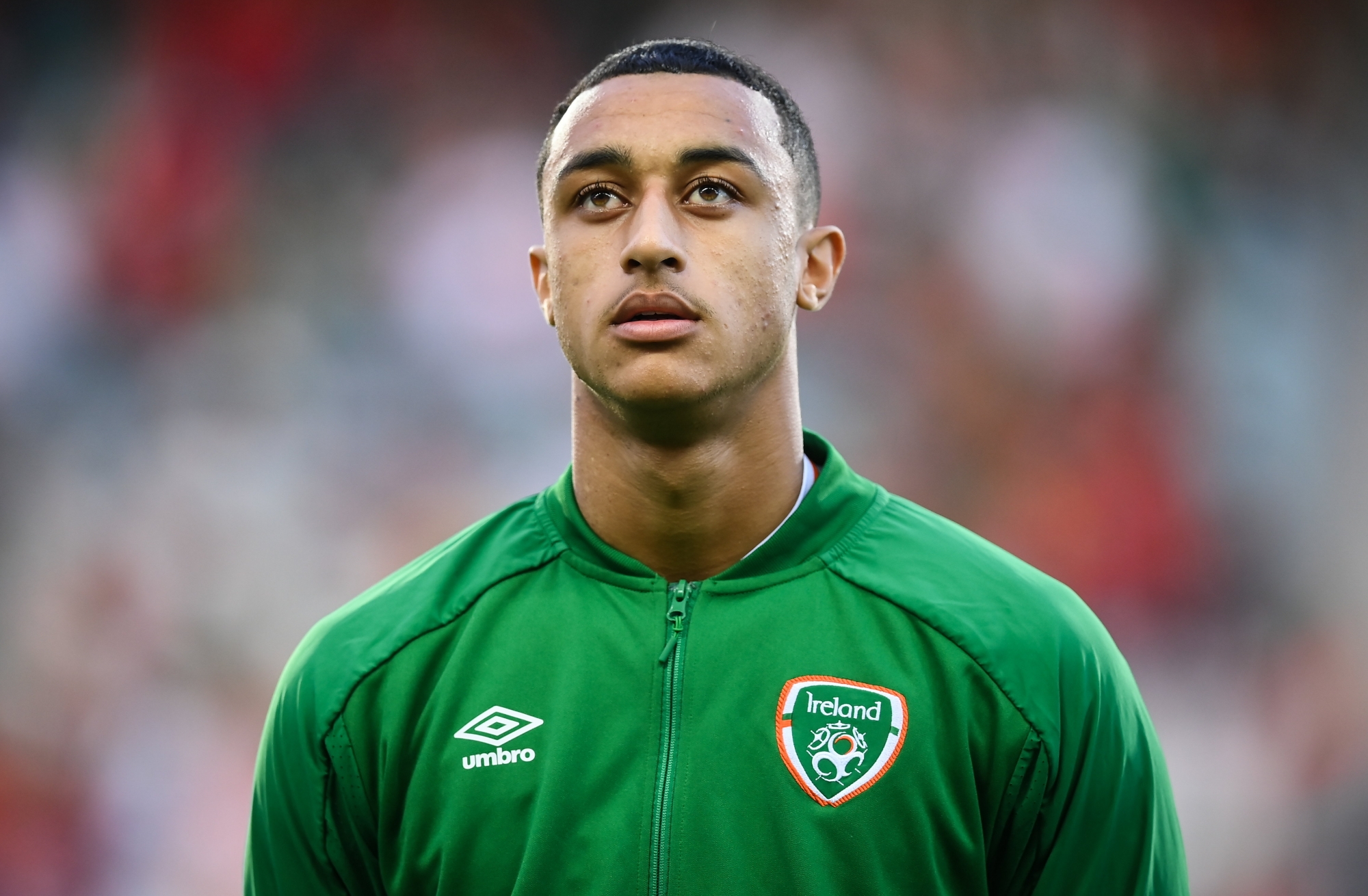 A superb game from the Norwich frontman. Linked up well with Connolly, his midfield, held the ball up and waited for support and was a source of annoyance for the Portuguese back four. Kept it up in the second half and won some pressure-relieving frees.

All you can say is, the lad never stopped trying. Ran the ball out of play in his first joust with Pepé, and that set the tone. Still, he never stopped going and annoyed lads in red jerseys, as well as green. A couple of shots blazed over and Idah was fuming he did not square the ball for a shot. Still, he won the corner that led to the Egan goal. Could have had one penalty, should have had another soon after.

On for his senior Ireland debut, the Norwich star started off with a great block in the Irish box.

Came on and delivered what you'd expect and hope for - all running and gusto. Should have passed to Collins instead of shooting, late on.


popular
Talksport presenter puts Martin O'Neill to the pin of his collar over Declan Rice and Jack Grealish
World Cup Power Rankings: The top eight pundits of the tournament so far
World Cup Power Rankings: The top 10 players at the tournament ahead of the quarter-finals
Rory McIlroy explains 'falling out' with Shane Lowry that lasted a few years
Gary Neville sticks up for Ronaldo as contextless pictures and videos taken as gospel
Ariel Helwani shares Paddy Pimblett WhatsApp messages as spat becomes public
Roy Keane scores winning goal past Micah Richards in ITV v BBC pundits match
You may also like
2 weeks ago
Ronan O'Gara confirms he is on shortlist for England head coach job
2 weeks ago
Alternative World Rugby Dream Team selected, with two extra Ireland stars
2 weeks ago
"Two Irish players are best in the world" - Rugby reacts to big Josh van der Flier and Terry Kennedy awards
2 weeks ago
Two baffling omissions as four Ireland stars make World Rugby 'Dream Team' of the Year
2 weeks ago
Josh van der Flier claims World Rugby Player of the Year at Monaco ceremony
2 weeks ago
"Highlight of my Ireland career" - Behind the scenes as Jack Crowley and Ross Byrne covered for a legend
Next Page