Lingard caused a stir earlier this week when a video of his holiday in Miami went viral where he was comparing rooms with teammate Marcus Rashford.

Former United defender Derek Brazil said that Lingard was an embarrassment to the club, and while Neville said he must question his actions and the impact they may have on his perception as a United player, he also questioned whether his behaviour was worse than what player of previous generations did during their down time.

“When I watch Jesse Lingard play I always think he works really hard,” Neville said at the Soccer Science Conference at Hotel Football in Manchester (via Training Ground Guru). “But why would you do something that is potentially going to bring you criticism?

“If the answers come up negative then it’s probably best not doing it. We all make mistakes and I’ve made loads of them.

“We had a Christmas do once where we made a right mess of it and ended up in a load of trouble and made all the national newspapers. 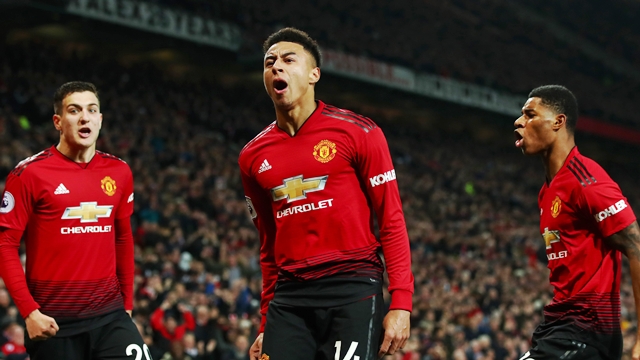 “I organised it with Ryan Giggs and we all got fined a week’s wages, deservedly so. No problem with it, we got punished and he (Sir Alex Ferguson) absolutely battered us. We didn’t do it again, we were a bit calmer the next year and went a bit more under the radar.

END_OF_DOCUMENT_TOKEN_TO_BE_REPLACED

“The idea of a guy going on social media, looking a bit of a prat while not winning football matches and not playing that well is a really bad cocktail."But then again, on the other side, he’s giving his all, he’s a young lad and social media is the modern form of media, so get over it.

“These players today run faster, they eat better, they drink less alcohol. They’re all running 13, 14km a match, some of them are running 1500m at high intensity and 20 years ago Gary Neville and his team-mates weren’t doing that.

"You can’t do what these lads are doing without working your absolute bollocks off.

"That’s why I retired, because I was seeing it in front of my own eyes, that I couldn’t get to that level any more.

“We came through when it was Kells on a Saturday night after a game, the Amblehurst on a Wednesday. There was still a drinking culture Saturday-Wednesday-Saturday, every club was doing it. We stopped, we didn’t do it, and we won four out of our first five league titles purely based on fitness because the rest of the clubs were still drinking.

“Think of Liverpool and the Spice Boys, they didn’t get that nickname for nothing. They were still going out and drinking. We weren’t.

According to reports Lingard was offered a 25% wage increase by United earlier this month which would see his weekly wage rise to £130,000.


popular
The SportsJOE 12 o'clock quiz | Day 136
The diet of a modern day rugby player compared with a top jockey
The daily diet of Manchester United midfielder Jesse Lingard
James Ryan's misfortune opens Leinster and Ireland doors for Ryan Baird
COMPETITION: Answer this survey for a chance to win a fabulous stay at the Trident Hotel in Kinsale
"It's not about winning at underage. It's about building players and building people"
Jadon Sancho to earn eye-watering salary at Manchester United
You may also like
18 hours ago
The daily diet of Manchester United midfielder Jesse Lingard
1 week ago
"I was the monkey on his back, all the time" - How Clough handled Keane
2 weeks ago
'Cristiano Ronaldo broke David De Gea back in 2018'
3 weeks ago
Victor Lindelof is 90% perfect, but it's the rest that kills you
4 weeks ago
"Luis Suarez made a big mistake and we, as a club, got it wrong" - Jamie Carragher
1 month ago
'Pogba seems to really appreciate having someone in there who's taking the limelight'
Next Page