Fresh from United's historic second-leg comeback against Paris Saint-Germain in the Champions League earlier this month, Neville predicted that his former club would use the lull during the international break to make the Solskjaer announcement.

But with Premier League football set to return this weekend, Solskjaer remains caretaker manager of United and Neville sounds concerned about the delay.

"I thought United would take the international break to appoint Ole," Neville tweeted on Thursday morning. "I’m not sure what the plan is now! 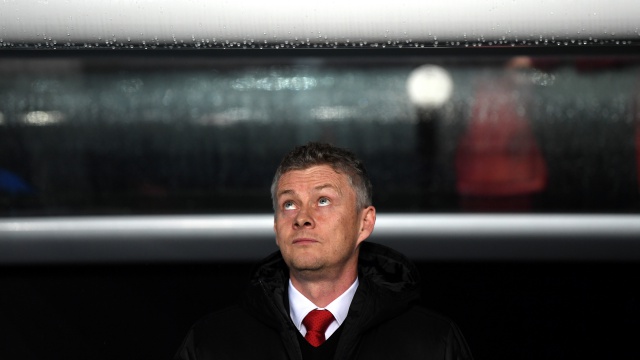 "Games coming thick and fast so no ideal time to announce without a big distraction to matches. Let’s hope for a snap announcement today!"

Neville's fellow treble-winner Andy Cole is in little doubt about Solskjaer's suitability for the position and has claimed that "this is possibly the most important appointment since Sir Alex left."

END_OF_DOCUMENT_TOKEN_TO_BE_REPLACED

"I would give him the job," Cole continued.

"When he came to the club I could see why they were doing it, but we've got to be all brutally honest - I don't think anyone could have sat here and said he would do as well as he has.

"He has gone in, he has galvanised the club, they've got results at the right time."

popular
"I don't know if the management know what their best 15 is" - Worrying times for Tyrone going into the championship
"They're so far ahead of where I was at 18, it's just off the charts in terms of gym and fitness tests"
Damien Duff bides his time before roasting the FAI with 'motivational video' comment
Ronaldo removes Coke, shows off the drink of champions in pre-match conference
Euro 2020 Quiz: Group F
Can't imagine Rangers fans were happy about what Ronnie Whelan called Scotland
Christian Eriksen's first words from hospital are a credit to the man
You may also like
1 day ago
Owen Hargreaves on what made Vidic and Ferdinand's partnership so special
5 days ago
Man Utd agree personal terms for Jadon Sancho
1 week ago
David De Gea appears to aim dig at Man Utd as Sergio Romero finally leaves
2 weeks ago
Carragher trolls Gary Neville after Man Utd Europa League defeat
2 weeks ago
Full Man United playing ratings as De Gea carries can for Solskjaer
3 weeks ago
Marcus Rashford causes wobbles among United fans with latest interview
Next Page