Gary Neville is never shy of an opinion or four. He weighs in on a host of topics, across football, politics and societal issues, but one Manchester United transfer move almost rendered him speechless.

The former Manchester United and England star was in London for Sky Sports, on Sunday, as he covered the Premier League clash between West Ham and Manchester City.

END_OF_DOCUMENT_TOKEN_TO_BE_REPLACED

Following the game, he gave his take on Manchester United's 2-1 loss to Brighton, and reports from multiple sources that the 20-time league champions had made a bid for Bologna forward Marko Arnautovic.

"The first thing you do when the phone rings from Manchester United is reject the bid," said Neville.

"The reality of it is after losing that game against Brighton on Sunday, they’re actually negotiating from an even worse position than they were on Saturday, and that’s an even bigger problem for them." 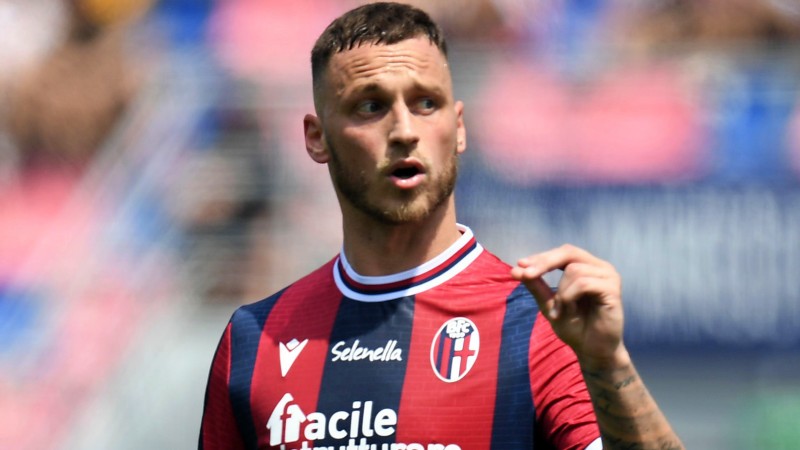 END_OF_DOCUMENT_TOKEN_TO_BE_REPLACED

Musing United making a bid for a 33-year-old striker that spent the 2020/21 season in the Chinese Super League, Gary Neville initially struggled to articulate his thoughts.

He clearly did not want to be too harsh on Arnautovic, and waded in on what he saw was a failed policy of short-term striker signings. Neville said:

"I’ve got a comment on everything in the world, apart from Manchester United signing Marko Arnautovic. I’ve got nothing to say.

"We’ve seen Radamel Falcao, Zlatan Ibrahimovic, Edinson Cavani, Odion Ighalo – desperate, it’s a pattern. It’s happening time and time again. I don’t even get angry or animated about it anymore. I’m not going to comment about it."

END_OF_DOCUMENT_TOKEN_TO_BE_REPLACED

Neville may relax somewhat after it was further reported that United were pulling out of any Arnautovic deal as Bologna were asking for too much, and the club had a change of heart after blow-back from supporters.

It has also been reported, by The Athletic, that United have made a £15 million bid for Juventus midfielder Adrien Rabiot. The club are said to have agreed a fee with Juve for the 27-year-old French international, but need to agree on personal terms.


popular
Sean Dyche set to be named Everton manager after Marcelo Bielsa talks break down
Roy Keane flatly rejects longstanding perception of ex-Man United midfielder Paul Ince
Allianz National Football League Round 1: All the action and talking points
Roy Keane leaves ITV pundits in stitches after Pep Guardiola's pre-match interview
Conor McGregor hit by car ‘at full speed’ while cycling
Quiz: Identify these 15 football clubs that are not named after a place
"I don't like to fill my time that way" - O'Hora going his own way in an era of obsessives and covering all bases
You may also like
4 days ago
Troy Deeney says Harry Maguire's agent contacted him after comments about the player
4 days ago
Cristiano Ronaldo told Jorge Mendes they were 'done' if he failed to find big transfer
4 days ago
Quiz: Name the Argentina players to have scored for Man United in the Premier League
5 days ago
Roy Keane gives his verdict on Mikel Arteta's touchline behaviour
5 days ago
Arsenal fans arrested in Uganda for celebrating Man United win
5 days ago
Roy Keane's threat to Cesc Fabregas about 'pizza incident' has panel in stitches
Next Page