United fans were unhappy with the potential arrival of Arnautovic.

The former Stoke and West Ham forward currently plies his trade in Italy with Bologna and has emerged as a surprise target for United as Erik ten Hag looks to bolster his attacking options before the close of the transfer window.

END_OF_DOCUMENT_TOKEN_TO_BE_REPLACED

According to The Athletic, Man United have pulled out of the deal to sign Arnautovic from Bologna.

Several United fans have responded to the transfer link by sending emails expressing their concern about the potential signing to Arnold, United's CEO, sharing them on Twitter.

I emailed richard.arnold@manutd.co.uk to ask him why the club were trying to sign someone they know to be racist. Maybe you could do the same.

END_OF_DOCUMENT_TOKEN_TO_BE_REPLACED

Arnautovic is reportedly keen to seal a move to Old Trafford, with United were said to be trying to agree a price with Bologna.

The forward began his senior career at Twente, where Ten Hag was working as an assistant to Steve McClaren.

McClaren, who was assistant to Sir Alex Ferguson during United's Treble-winning season, returned to the club this summer to join Ten Hag's coaching team. 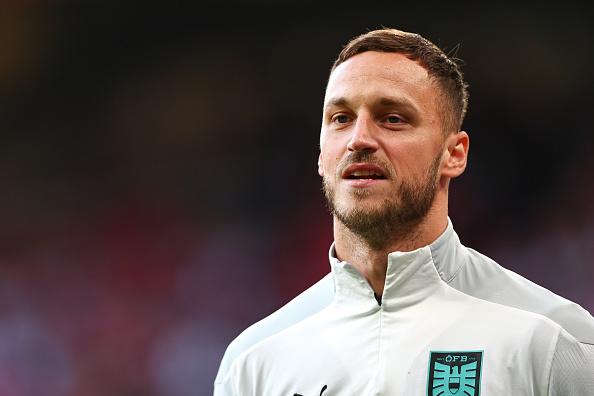 Arnautovic denied using racist language during an incident in Austria's game against North Macedonia during Euro 202o last summer. The North Macedonian football association complained to UEFA and he was later given a one-game ban.

The 33-year-old was also accused of using racist language by Willem II defender Ibrahim Kargbo while playing for Twente earlier in his career.

United began their season on Sunday, losing at home to Brighton. It follows a frustrating summer, in which a move for Ten Hag's priority transfer target, Frenkie de Jong, has stalled.

Barcelona's financial woes mean they are open to cashing in on the Dutch midfielder, but he is thought to be reluctant to leave Barca as things stand.

United have added three players to their first team: Tyrell Malacia, Christian Eriksen and Lisandro Martinez. Despite this, the departures of Paul Pogba, Jesse Lingard, Nemanja Matic, Edinson Cavani, Juan Mata and Andreas Pereira have left them with a squad lacking in depth.

Dean Henderson and Alex Telles have also departed the club on loan.