Much respect to Gareth Southgate after his poignant post-match interview

"I can't change that. So that's always going to hurt."

Gareth Southgate must have known the question was coming.

All week - no, all tournament - the England manager has been accused by fans and some of the media of being too cautious in his Euro 2020 team selections.

END_OF_DOCUMENT_TOKEN_TO_BE_REPLACED

Again, when his team was announced for the last-16 meeting with Germany on Tuesday, the same complaints began to surface. No Jack Grealish. No Phil Foden. No Mason Mount. No Jadon Sancho. All on the bench.

By full-time, though, Southgate had been vindicated. With the hame evenly balanced until the later stages, Grealish was eventually introduced and played a part in both of England's goals - scored by Raheem Sterling and Harry Kane.

A place in the quarter finals secured, he was asked by the BBC about whether his "cautious" tactics had actually proven to be a masterplan.

"You change the shape, you pick certain personnel instead of others and if it goes wrong, you're dead." he said.

"We had to go about it in the way we believed. We wanted aggressive pressure all over the field. We felt that to match them up was the way of doing that. We felt that speed in behind Harry [Kane] could cause them a problem. I thought Bukayo [Saka] and Raheem [Sterling] really created that jeopardy in their backline."

He added: "The whole team defended incredibly throughout. It was a fabulous performance and I can't give enough credit." 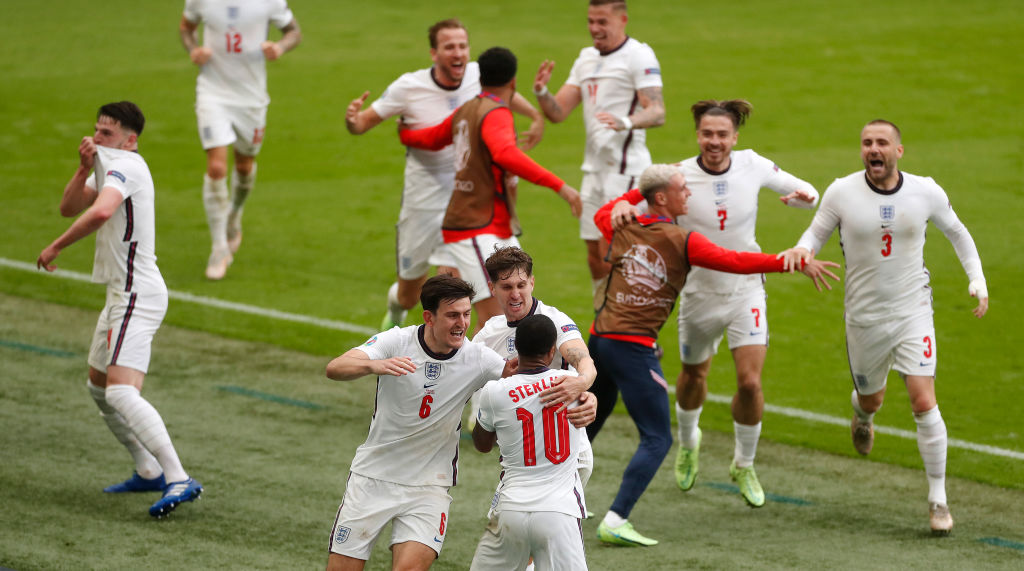 The final question of Southgate's interview reflected on Euro 96, and touched on his penalty shoot-out miss.

Now that he had managed a side that may have helped exorcise some of the ghosts from that semi-final loss to Germany, 25 years ago, Southgate was asked how much the result meant.

"I was looking at the big screen and I saw [former England teammate] Dave Seaman up there... for the teammates that played with me, I can't change that. So that's always going to hurt.

"But what's lovely is, we've given people another day to remember. And now we've got to do it again in Rome."

One can tell how heavily that miss at Euro 96 weighed on Southgate, and has never truly left him.

Redemption. What a man. pic.twitter.com/bPtlriwTnq

Winning the European Championship at Wembley, in 11 days' time, may finally put all such negative thoughts to bed.


popular
"There are clubs in every county that you just know - they like fighting." - Fighting passes on through the generations
Alex Ferguson wrote Mickey Harte a letter - ex Tyrone boss reveals in new memoir
GAA at its best as Bellaghy players run into team-mate who buried his father that morning
"I'll go back running the roads now and make sure my body doesn't get lazy"
“How it finished was not the way I would have chosen" - Mickey Harte reveals how his time with Tyrone came to an end
New footage shows exactly what Deontay Wilder said to Tyson Fury after trilogy fight
Somehow Pat Spillane's 1981 cruciate rehab routine hasn't survived the test of time
You may also like
15 hours ago
Scott Parker sends David Brooks message of support following cancer diagnosis
17 hours ago
Raheem Sterling reveals he's considering a move abroad from Man City
1 day ago
Demba Ba insists Chelsea 'did not enjoy' ending Liverpool's title hopes in 2014
1 day ago
Didier Drogba turns back time with iconic celebration in charity match
1 day ago
Hungarian football federation accuses FA of causing Wembley chaos
1 day ago
Jesse Lingard opens up on injury and mental health struggles
Next Page