It can be worryingly easy to live an unhealthy lifestyle after withdrawing from regular exercise, especially if that previously formed a large part of your life.

Many of us have read stories of former professional sportspeople gaining weight and experiencing health problems after retirement changed their regular routine, but it happens away from the professional level as well.

21-year-old construction worker Connor Donnelly kept up his fitness through organised sport when he was younger, especially semi-professional football, but when he gave up on the game after a series of personal problems, it led to drastic weight gain.

Once a sport-mad youngster, minimal exercise and a diet heavy in fast food saw Connor's weight climb to more than 21 stone before he decided to take action with a healthier approach to both eating and exercise.

There was a history of heart problems in his family, and - with the help of encouragement from his mother, grandmother and girlfriend - he eventually made the change he felt was needed.

Connor, from Stratford, began suffering from depression, and this contributed to him giving up his main passion of football.

Without a regular pattern of exercise, he says he "didn't care about anything anymore," and would regularly eat fast food for two meals a day and snack on chocolate and sweets.

By contrast, he now opts for peanut butter or greek yoghurt rather than chocolate bars, and has ditched his regular breakfast of a sausage and bacon roll for green tea and brown bread.

This, in combination with a new fitness plan from online fitness company LDN Muscle, has helped him bring his weight down from 21st 6lb to 13st 7lb. 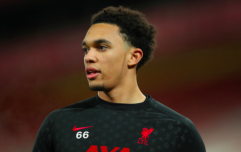 END_OF_DOCUMENT_TOKEN_TO_BE_REPLACED

In addition to ditching the fast food for a diet rich in fruit, veg and nuts, Connor used LDN Muscle's Cutting Guide, having learned about the company via social media.

Now qualified as a fitness consultant, he has his sights set on a return to competitive football - perhaps even at the same semi-pro level he enjoyed before.

“I have started playing football again and have a very promising 2017 lined up, during which I will hopefully go semi-professional again," Connor said.

“My family have all kept me going throughout this process; keeping me hungry, driven and focussed; helping prepare my meals and picking me up whenever I needed it.”

Alongside the Cutting Guide, ab packs and HIIT workouts, Connor made the following changes to his diet:


popular
Six minutes was all Alan Connolly needed to score two goals and set up another
Sensational scenes in Belfast as Antrim edge out Clare in a thriller
'Jesus Christ! How am I going to put up with this lad for nine weeks?!'
Gatland comments give insight as to why CJ Stander missed Lions call
Peter Queally vaults into Bellator title picture with stunning win over Pitbull
"Of the 37, Bundee Aki would be my 37th most expected selection and my worst rated"
The Garry Ringrose narrative around the Lions Tour is complete bull
You may also like
4 weeks ago
Five useful tips before returning to GAA training with fitness guru Brian Keane
1 month ago
Springbok star Eben Etzebeth's lockdown workout would break most of us
1 month ago
5 really simple fitness tips you can do at home
3 months ago
Conor McGregor's new work-out regime and daily diet ahead of UFC return
7 months ago
Josh van der Flier shares training routine and drills needed to survive at the top
8 months ago
Leinster star Hugo Keenan has beaten Beauden Barrett's 'Bronco' time
Next Page