Footballer who trolled Harry Arter has tried to explain his actions

The footballer who trolled Harry Arter has tried to explain his actions.

Alfie Barker abused Arter on Twitter over the death of his stillborn daughter last December.

Following the 3-3 draw between Bournemouth and Arsenal, Barker tweeted: "Big hype just for a disappointment like the nine months leading up to your child's birth."

The teenager has since been sacked by non-league side Hitchin Town in the wake of the disgusting tweets he sent on Tuesday evening.

Republic of Ireland midfielder the subject of horrendous online abusehttps://t.co/x0QHytjBvF

Barker initially denied he was responsible for the tweets, and claimed his account had been hacked. He has since admitted sending them, issued an apology, and attempted to explain his actions.

"I am just so sorry about what I have done," Barker told The Comet.

“I’m not a horrible person. My aunt Stacey Hunt has actually had two miscarriages in the last five years, and I am distraught about upsetting her as well as my family – and of course Harry Arter and his family."

"I was watching Arsenal at home last night and I was hyper. At 3-0 down they weren’t playing well and I was annoyed."

"I’d had a couple of beers and was frustrated at the way the team was playing and I just lashed out. I have no idea why I focused on Harry Arter and his family and I am so, so sorry for what I have done.

"It was a moment of madness.

"I have no social skills. I have no filter between my mouth and my brain. I work every day and I have spent the whole day trying to understand why I did what I did." 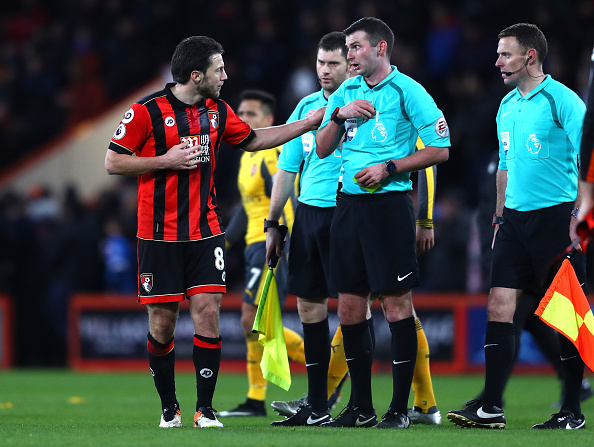 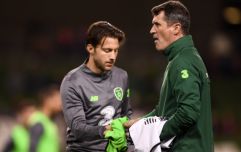 END_OF_DOCUMENT_TOKEN_TO_BE_REPLACED

Barker went on to say that he would like to apologise to Arter in person. He also said he understands why he has been sacked by his club and that he doesn't want the incident to define him.

"I would like to meet Harry Arter face to face to apologise for my inexplicable actions. I cannot justify in any way, shape or form what I did but I would like to say sorry," Barker continued.

"I would like to write a letter to Harry saying sorry too. I feel like the worst person in the world today.

"I don't want to be known as the player who trolled Harry Arter. I am devastated that I have made my family ashamed of me and I take full responsibility.

"I also completely understand why Hitchin Town took the action they did and I completely agree they did the right thing."

Amazingly, Barker said he only realised he did something wrong when he woke-up this morning. He also said he won't be using Twitter again.

"I knew I had done something really wrong when I looked at my phone this morning. I will not be using social media again."


popular
Sean Cavanagh speaks nothing but sense about what GAA players should do in the gym
The SportsJOE 12 o'clock quiz | Day 309
Robbie Henshaw one of three Irish players deserving of Lions Test XV
Marcus Rashford and teammates reach out to Timothy Fosu-Mensah after knee injury
Referee Mathieu Raynal puts Sexton in his place after TMO mess
Welsh star backs Ringrose and Henshaw for Lions backline
"I feel it is important to provide people with some context surrounding this photo."
You may also like
2 years ago
Harry Arter wishes Roy Keane and Martin O'Neill the best after leaving Ireland jobs
2 years ago
Roy Keane: I'm at my happiest when I'm in a dressing room
2 years ago
Harry Arter and Roy Keane "spoke like men" after Republic of Ireland dispute
2 years ago
"As long as he's here, he's got my full backing" - James McClean speaks about Harry Arter's return to the Ireland squad
2 years ago
James McClean rejects Jurgen Klopp's remark about the Uefa Nations League
2 years ago
Martin O'Neill explains how Harry Arter returned to the Ireland
Next Page