A gifted footballer weighed down by the chip on his shoulder.

Nobody has ever doubted his talents but on a revealing night in the Sao Paulo stadium, Lorenzo Insigne's shortcomings as a footballer looked clearer than ever.

And it's nothing to do with his abilities.

For the last few years, many have wondered why this explosive gem with all the skills in the game hasn't kicked on with either Napoli or with Italy but on a trippy Thursday night against Arsenal, those wonders were answered.

It's often said that the day a player thinks they're someone is the day they begin to throw it all away and the little 5 ft 4 in Napoli attacker already looks fairly preoccupied. 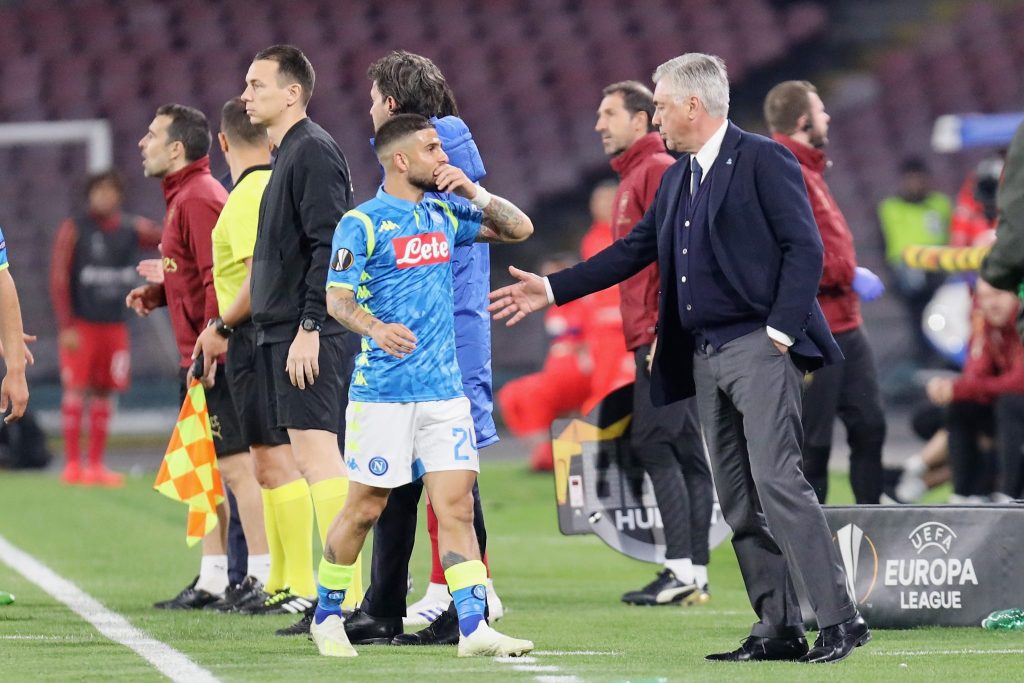 "The fact of the matter with him is, he's a talented individual, he scores goals. Someone out there will think 'I'll be able to manage him, I'll be able to nurture him. For me personally, I don't like seeing this type of thing. I think it's poor," said Keith Andrews on Virgin Media Sport's coverage of Napoli Arsenal.

On a night when things weren't going Insigne's or Napoli's way, rather than leading by example and in a performance very unbecoming of his status as club captain, the 27-year-old dropped the head and started blaming everybody else around.

His body language left a lot to be desired for the hour lasted on the pitch and it all came to a head on 60 minutes when Carlo Ancelotti had seen enough.

Insigne sarcastically clapped Ancelotti on the back before ambling down the side of the dugout, kicking water-bottles out of his way.

"I don't know what the craic is with this fella?"

It was a show of uncontrolled petulance and Keith Andrews let him have it.

"I'm not quite sure what the craic is with this fella," said Andrews.

"Even the arm around the shoulder of the manager, I find that quite disrespectful. What is the craic here? I don't know what he's doing."

Neither did anybody else.


popular
Justin Gaethje tells Conor McGregor to wait his turn
The SportsJOE 12 o'clock quiz | Day 73
QUIZ: Can you name the Football Italia cult heroes? | Part 2
The SportsJOE 12 o'clock quiz | Day 72
QUIZ: Correctly identify these World Cup 2014 players from their stickers
Only a true nerd will get full marks in our 2016 football quiz
SportsJOE 2000s Football Quiz | Round 3
You may also like
1 year ago
Man United target Hirving Lozano agrees move to Napoli
1 year ago
Aaron Ramsey finishes off perfect team goal for Arsenal
1 year ago
Real Madrid prepare for Koulibaly should Raphael Varane leave
1 year ago
Wolves linked with move for highly rated Serie A midfielder
1 year ago
Inter Milan to play games behind closed doors after alleged racist abuse of Koulibaly
1 year ago
Sadio Mane issues strong message of support after "abominable acts" against Napoli player
Next Page