Move aside Lionel, there's a new king in town.

Lionel Messi's reign as the king of FIFA is over, he will no longer be the highest-rated player in the new instalment of the game, set to be released later this year.

The Paris Saint-Germain forward was top of the rankings in FIFA 22 and is 93 rated in the game. But for the first time since 2007, neither Messi nor Cristiano Ronaldo will be the best-rated player in the FIFA game. 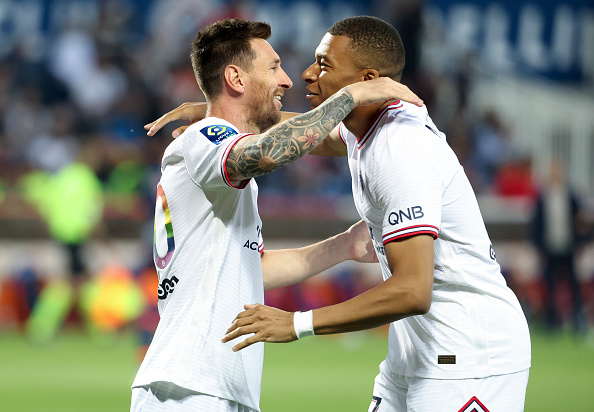 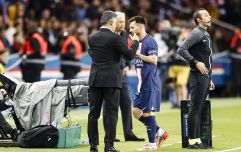 END_OF_DOCUMENT_TOKEN_TO_BE_REPLACED

Instead, Messi's crown has been passed on to one of his fellow teammates at the French giants: Kylian Mbappe.

According to FIFA news source @FUTZONEFIFA on Twitter, Mbappe will become the top dog on the game. You best all start working out how to save your coins to afford him.

Kylian Mbappé is the highest rated player to come in #FIFA23 coming in with a HUGE 92 Rated! 🌟

END_OF_DOCUMENT_TOKEN_TO_BE_REPLACED

Mbappe is set to be rated at 92, meaning Messi is likely to have received a downgrade. Don't worry Lionel, we know you're still very good.

PSG's number seven is also set to rank higher than other elite-level performers such as Robert Lewandowski, Erling Haaland, Karim Benzema, Kevin De Bruyne and others.

The source added that Mbappe had been in the EA Sports studio recently to shoot some photos with his updated card in preparation for the launch of the game on September 30.

Mbappé was in the EA Studios last week, he did the cover photos, an interview and did some photo shoots with his FIFA23 card. It’s the only rating I know, I don’t know any else and won’t till September. I have no reason to lie about this. #FIFA23 https://t.co/wEaoGfJofJ

END_OF_DOCUMENT_TOKEN_TO_BE_REPLACED

Details on the rest of the game are relatively limited but they are likely to be revealed within the coming weeks.

Mbappe is a keen player himself but revealed back in February that he had taken a break from the popular game mode, Ultimate Team as he said it had an impact on his mindset.

Speaking on a Twitch stream he said: "I stopped playing FUT Champions because it started affecting my mind."


popular
Man United could be blocked from playing in the Champions League next season
Ireland team vs. France: Form players rewarded and a welcome return
Clive Woodward happy to 'eat humble pie' after bold comments about Ireland
Man United's four player transfer shortlist if Qatar takeover goes ahead
Man City expect Pep Guardiola to leave
The Ireland team Andy Farrell needs to start when France come to town
"I should have been more mature" - O'Sullivan's injury trail a cautionary tale for Sigerson casualties