Fantasy football cheat sheet: Don't be caught out by the Friday night fixture

But due to the fact that Jose Mourinho continues to play coy over Paul Pogba's second Manchester United debut and the lack of Henrikh Mkhitaryan thus far this season, it's too much of a risk to include them for United's home tie with Southampton tonight.

Rather, we've looked elsewhere for our free transfer this week.

After the first round of the Premier League, we've decided to switch up our striking options with a transfer that will save you money and give you an edge in any head-to-head league. 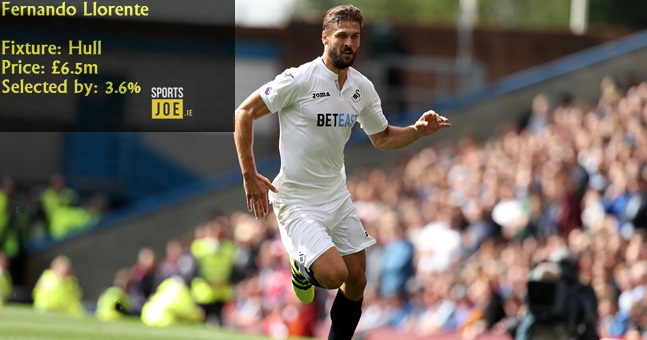 This has been one of the signings of the summer and having seen how composed Fernando Llorente was on the ball against Burnley, we feel compelled to sign him up.

The former Juventus striker clearly has plenty left in him and he's almost certain to finish as Swansea's top scorer by the end of the season.

He set one up on his competitive debut last weekend and against Hull, he could take advantage of a disorganised defence.

The Tigers looked more impressive than they really are against Premier League champions Leicester as they set up to nullify the Foxes' counter-attacking threat.

Swansea play a much different brand of football and Llorente is capable of opening his account on Saturday afternoon. 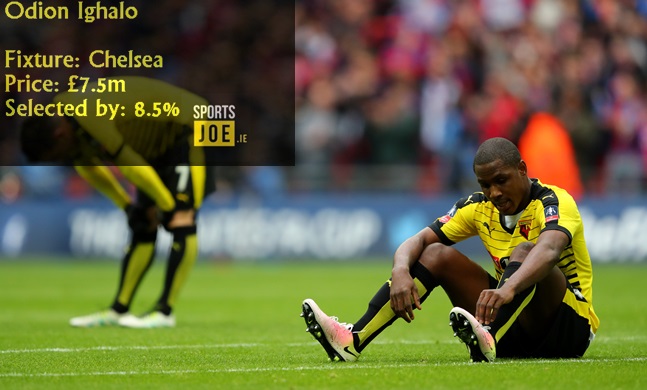 No offence, Odion, but Antonio Conte is well on his way to drilling solidity into his new defence.

Ighalo had a terrific start to last season but he endured a dreadful drought after Christmas and as unplayable as he is on his day, he's not what you would call the most consistent forward in the world.

Chelsea should be able to deal with him and he's a little expensive for what he brings to the table.

Massive Mayo v Tipperary preview plus a big interview with Eamon McGee in the latest GAA Hour.Subscribe here on iTunes.


popular
'Make him hurt, make him yours' - How the Springboks ruled the world
In 86 seconds, Patrick Bamford becomes English football's voice of reason
Springboks legend Tendai Mtawawira tells us what he really thinks of Ellis Genge
Jose Mourinho is the picture of happiness and health after Spurs sacking
'Beast' Mtawawira is a big fan of Mike Ross' Lions front row
"We did find him hours later and we made up." - How Flynn and his best friend came to blows in Croke Park
Jose Mourinho is about to step up and become the hero football needs
You may also like
21 hours ago
Super League: Ensuring failure isn't an option for the cowardly cabal
2 weeks ago
Only a devoted diehard would ever get full marks in our Liverpool quiz
2 weeks ago
You'll need to be on top form to get 20/20 in this 2000s footballers quiz
1 month ago
"Is that the hardest team ever assembled in the Premier League?"
1 month ago
Man United appoint first Football Director and confirm Darren Fletcher role
1 month ago
Arsenal ignored club legend's advice to sign Luke Shaw
Next Page