Don't forget! The Capital One Cup final means that Liverpool, Manchester City, Everton and Newcastle aren't playing in the Premier League this week.

That means that you'll have to put a bit more care into your Fantasy Football selections but don't worry, we've got you covered. 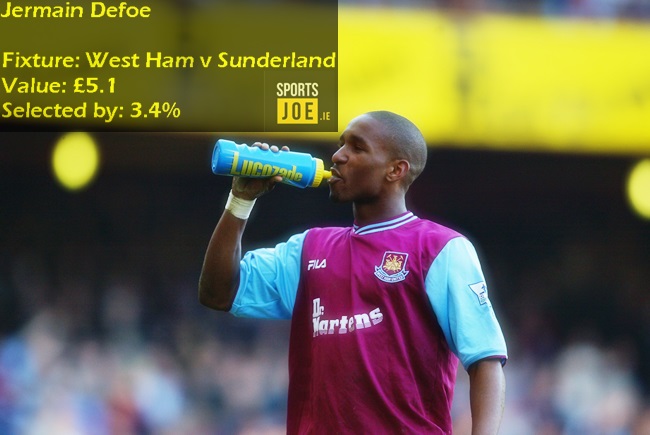 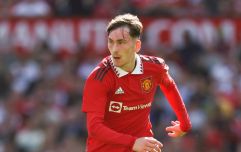 END_OF_DOCUMENT_TOKEN_TO_BE_REPLACED

If Sunderland are going to stay up, pretty much all the thanks will have to go to Defoe who has scored ten goals for the Black Cats this season.

For all of West Ham's proficiency going forward, they often need to fall behind to get the impetus to start searching for goals.

The Hammers haven't kept a clean sheet since the start of the month and we don't think the injury-hit back four are going to be able to keep Defoe quiet on Saturday lunchtime. 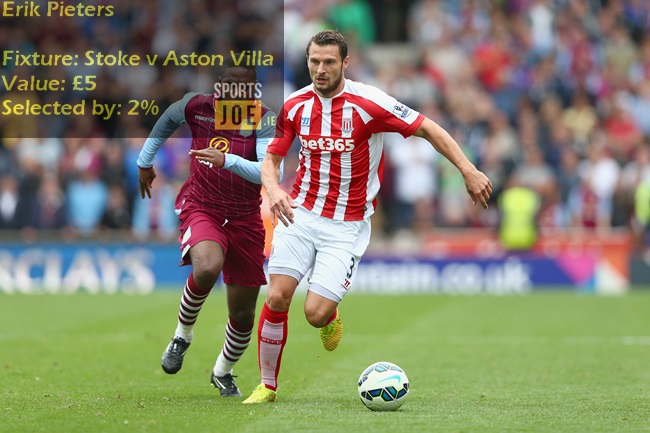 END_OF_DOCUMENT_TOKEN_TO_BE_REPLACED

They could put a training cone in the Stoke back four and we'd consider bringing it into our Fantasy Football team because, quite simply, Aston Villa are an atrocious team.

For all the fight that Remi Garde got out of his relegation certainties since the start of the year, it all went down the drain with the 6-0 drubbing at the hands of Liverpool. 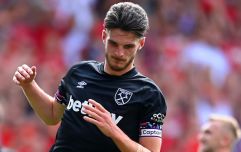 END_OF_DOCUMENT_TOKEN_TO_BE_REPLACED

The post-match Tweeting antics of Joleon Lescott proved that the players clearly aren't up to the task and they come up against a Stoke side on Saturday who have stifled the potent attacks of Arsenal, Manchester City and Manchester United already this season.

Would it really surprise you if Villa failed to score another goal for the rest of the season? Perhaps, but we definitely fancy Erik Pieters in a pound-for-pound contest against any Villa forward. 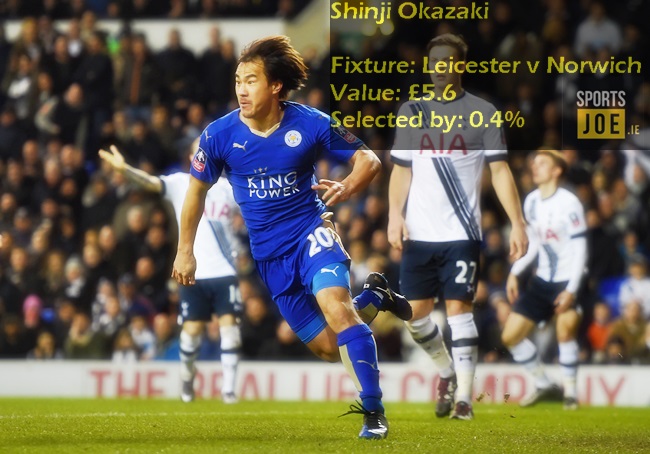 We always like to include a riskier selection and this week it comes via the all-action bundle of energy known as Shinji Okazaki.

'Giving everything for the cause' is an understatement when it comes to the tireless Japanese forward and it's possible that he's not been given the plaudits he deserves this season, likely due to the fact that Jamie Vardy, Riyad Mahrez and N'Golo Kante have hoovered up anything resembling a plaudit.

If he plays, he will cause nightmares for any defender because he just doesn't give them a moment's rest. He chases every ball, doesn't back out of any 50/50 challenge and is dogged in every element of his game.

He, and his table-topping Leicester side, come up against Norwich this weekend. The Canaries lost 2-0 to Aston Villa three weeks ago so don't be surprised if they lose 29-0 on Saturday afternoon. 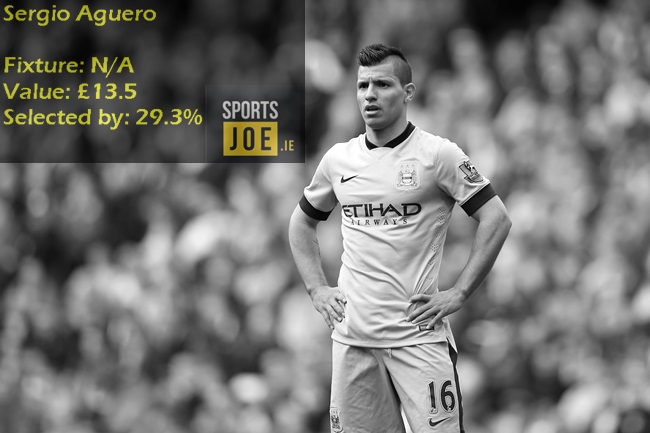 We had almost decided that it was too obvious to point out that Sergio Aguero will be bringing home exactly zero points this gameweek due to the fact that his time will be taken up playing in some stupid cup final.

But then we saw that almost 30% of you were persisting with him which led us to believe that most will require a reminder.

Aguero is one of the most popular forwards picked by FF managers but the smarter option is to take him out for this weekend, get in a replacement who is actually playing and hope to get a steal on the others who are either sticking with him or have forgotten about that damn Capital One Cup. 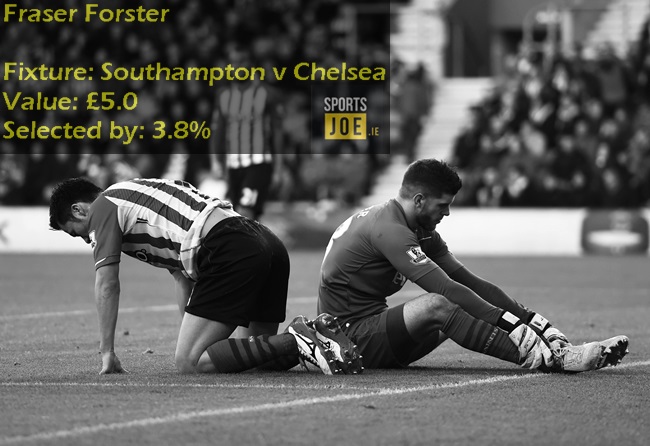 Another massive risk here considering the fact that, since returning from injury, Fraser Forster has kept an insane six...SIX... clean sheets for Southampton.

But all bubbles must burst and we don't reckon that Forster's shut-out streak is going to continue on Saturday.

Granted, they were playing against kids, but Chelsea will have been buoyed by their 5-1 victory against Manchester City last weekend in the FA Cup.

It appears that Eden Hazard has finally decided to start playing football and that's a danger to all defences. He could well prove us wrong and we hope he does but we're backing Chelsea to breach the almost unbreachable wall known as Fraser Forster this weekend. 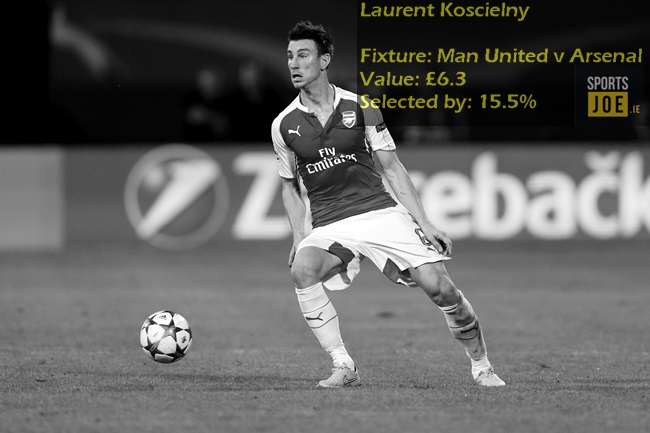 Fact - Arsenal haven't beaten Manchester United at Old Trafford in the league in almost a decade.

Whatever it is about this fixture, United tend to come out looking to impress and with Memphis Depay seemingly having a Hazard-esque revival, there could well be goals for the home side here.

The Gunners were outclassed by Barcelona midweek and will be exhausted after chasing shadows for 90 minutes.

Laurent Koscielny is one of the best defenders in the league but we've got a feeling that there will be no clean sheet bonus for him on Sunday.