Everybody go home, the most bullshit transfer rumour of the summer is here

There's a reason that summertime is called silly season.

We've only been starved of football for a week since Euro 2016 finished, but already the transfer rumour gods have dialled things up to 11 with their latest offering.

We understand that it's hard to get any attention at the moment considering all the crap going on in the world, but that doesn't mean you can just bust out your transfer rumour madlibs and throw out something like this. 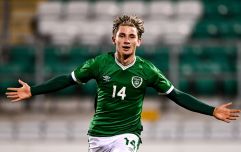 END_OF_DOCUMENT_TOKEN_TO_BE_REPLACED

According to the all-knowing Marca in Spain, Real Madrid forward James Rodriguez is considering a move away from the European Champions.

That might not seem too ridiculous, since the Colombian has failed to live up to the hype that his 2014 World Cup performances commanded and so he may seek to join a team where he can be the main man rather than sitting behind Gareth Bale and Cristiano Ronaldo. No, what's ridiculous is the destination.

The Spanish paper are claiming that the 25-year-old may be on his way to east London to join up with West Ham United. Yes, that West Ham United are apparently ready to splash out £67m for the Colombian superstar. 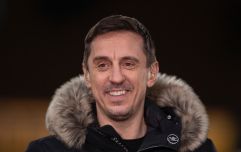 END_OF_DOCUMENT_TOKEN_TO_BE_REPLACED

But hey, maybe he was won over by their incredible rapping skills at their new kit launch.

Eurosport: "West Ham are set to bid €80m for James Rodriguez." There are so many things wrong with that sentence. Absolutely bonkers.

West Ham fans think they have a chance of signing James Rodriguez... pic.twitter.com/vDPOVXJXWU

James Rodriguez to Westham is the most bizarre,ridiculous and silliest rumour ever in the history of football.

But maybe, just maybe there's something in it...


popular
David Meyler on how Kenny Dalglish almost signed him for Liverpool
QUIZ: You have 60 seconds to answer one Premier League goalkeeper question
Boris Johnson slams Jurgen Klopp for defending Liverpool fans booing national anthem
Sean O'Brien could get to play England, at Twickenham, in his final game
Gearoid Hegarty's harsh red card leads to a heated debate in The Sunday Game studio
"I think there are only five Kilkenny players who are guaranteed to start on any given day" - Cody's motivational methods
Jamie Vardy says 'Wayne Rooney is talking nonsense' about telling his wife to 'calm down'
You may also like
3 weeks ago
"Who put it out?" - David Moyes not impressed with Declan Rice contract leak
3 months ago
Hard to argue with Declan Rice assessment of Man United's late winner
5 months ago
"He's such a talented football player and he's not playing" - David Moyes on Jesse Lingard's situation
5 months ago
Jesse Lingard drops West Ham hint on Instagram after Man Utd talks collapses
7 months ago
David Moyes reveals how Marcelo Bielsa derailed Man Utd title win
7 months ago
Solskjaer claims 'lucky' Mark Noble benefitted from penalty call
Next Page