A big choice will have to be made on Wednesday night.

The pundits and commentators for the Euro 2020 semis have been confirmed, and all the big broadcasters are swinging for the fences.

Irish viewers are a little more spoiled for choice that football fans in Britain. While they have either ITV or BBC to chose from, we can watch the games on RTE.

END_OF_DOCUMENT_TOKEN_TO_BE_REPLACED

The Irish broadcaster has confirmed their pundits and commentators for Tuesday and Wednesdays semis - Spain vs. Italy and England vs Denmark.

Darragh Maloney is in the host's chair on both nights, with George Hamilton and Ray Houghton on commentary duty. In studio for the first semi are Damien Duff, Liam Brady and Richie Sadlier.

The following night, as England strive to reach their first major final in 55 years, it is pretty much the same line-up. The only change, we are somewhat sad to say, is Didi Hamann subbing in for Duff.

Given how Duff has poked fun at the English team, and how he has performed in his role all championship, it is a shame he is missing out on the fun. 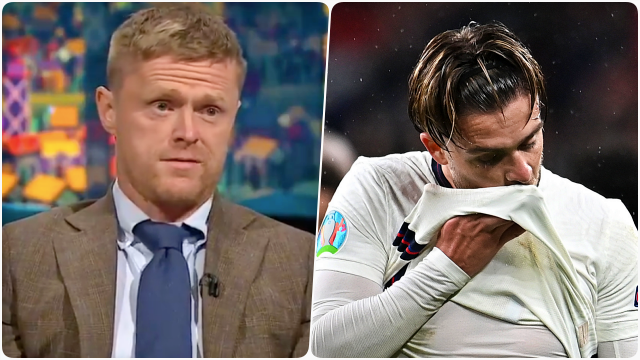 END_OF_DOCUMENT_TOKEN_TO_BE_REPLACED

Over in Britain, the BBC are missing out on the England game after covering their quarter final win over the Ukraine, on Saturday.

They have the first semi-final, with Gary Lineker, who had a playing stint with Barcelona, hosting the match between Spain and Roberto Mancini's Italy. Alan Shearer, Frank Lampard and Rio Ferdinand are set to join him while Guy Mowbray will be commentating.

Many of us in Ireland may be tempted, on Wednesday, to watch some of the semi-final coverage over on UTV/ITV. They got dibs on this last four clash and Mark Pougatch will once again front their coverage.

END_OF_DOCUMENT_TOKEN_TO_BE_REPLACED

Like the BBC team, they will be at Wembley and they are rolling out all their big guns - Gary Neville, Graeme Souness, Ian Wright and, yes, Roy Keane.

Keane ripped into England on a couple of occasions, earlier in the tournament, but has been complimentary about Southgate's side since they got their act together over their last few outings. ITV are also set to include Chelsea boss Emma Hayes, who has impressed during the tournament with her tactical acumen.