"I am concerned with taking care of my body."

Erling Haaland has given insight into the diet that has helped him become the Premier League's most-feared striker.

The Norwegian centre-forward scored his 20th goal of the season last weekend in Manchester City's 4-0 win over Southampton.

Haaland has scored 15 goals in nine Premier League games so far this season and is on course to break goal-scoring records.

The 22-year-old follows a strict diet in order to be at peak condition. 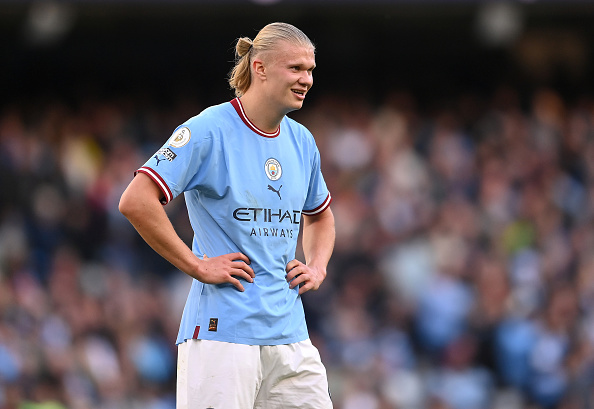 END_OF_DOCUMENT_TOKEN_TO_BE_REPLACED

In a documentary released earlier this year, titled 'Haaland: The Big Decision', the Norwegian striker gave some insight into his diet.

In one scene, Haaland explains to Jan Age Fjortoft, the Norwegian broadcaster and former Premier League forward, why he eats liver and cow hearts.

"You (other people) don't eat this, but I am concerned with taking care of my body," the former Borussia Dortmund forward says.

"I think eating quality food that is as local as possible is the most important.

"A lot of things influence health. For example, people talk about meat not being healthy. Which meat?

"The meat you get at McDonald’s? Or the local cow-eating grass right over there?" 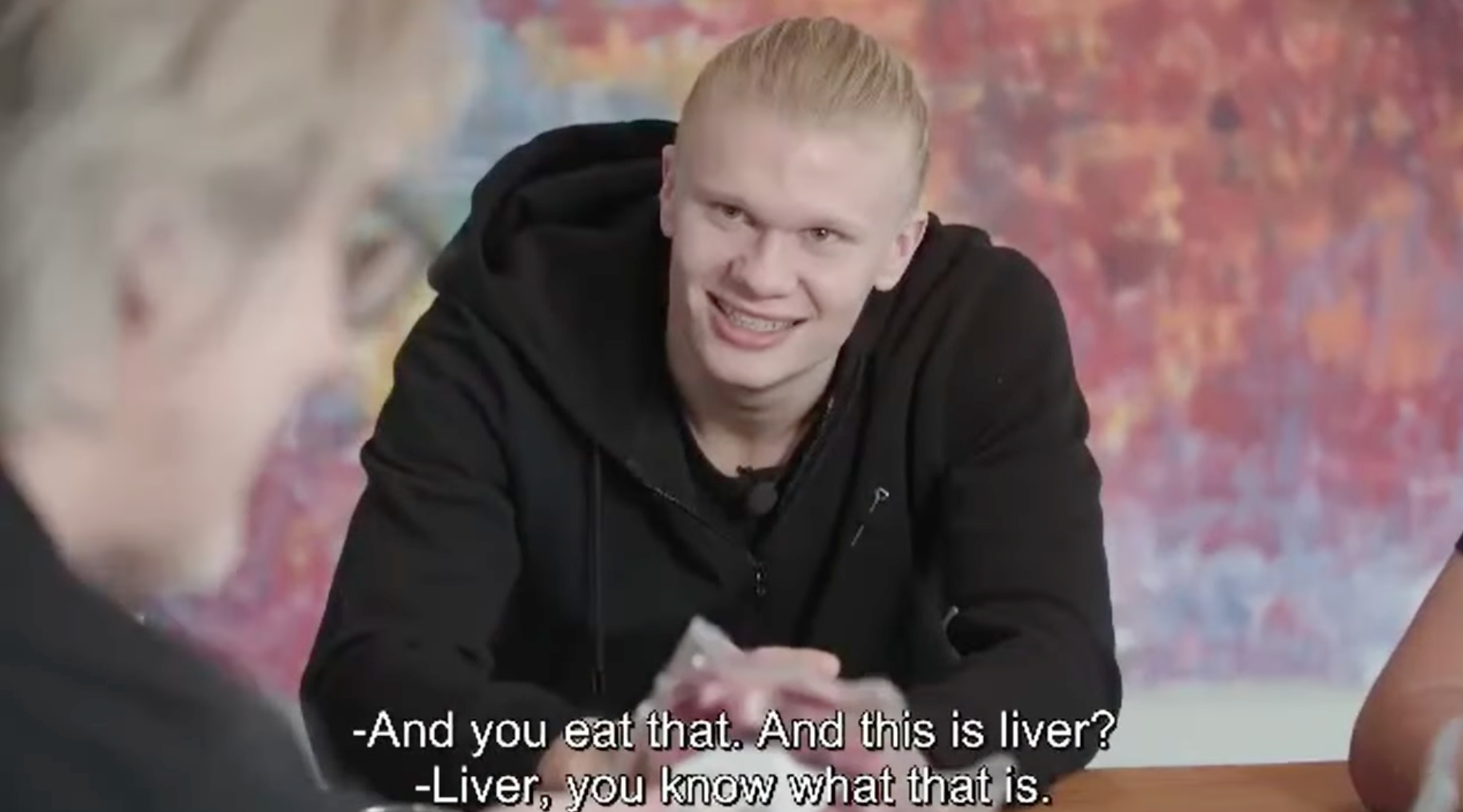 Image via Haaland: The Big Decision.

Haaland also gave some insight into his lifestyle and the importance he places on having a daily routine.

"I think it is quite important to have good routines," he said.

"Whether it is the first thing you do in the morning, that is to get some daylight in my eyes. It is good for circadian rhythm.

"I have started to filtrate my water a bit. I think it can have great benefits for my body."

Meanwhile, Age Fjortoft revealed that Haaland's favourite meal is Lasagne and that his father, Alfie, cooks it for the striker before games.

"I spoke to Alfie and I said, 'You have to do this cookbook now in England'," Fjortoft said.

"We spoke to Alfie before the game [against Manchester United] and he said he was doing his lasagne.

"I knew about that and then suddenly he [Erling] scored three. Straight after the game, I start getting text messages from people asking, 'Can we have that recipe?'"