The EURO 2020 final at Wembley was marred by crowd trouble.

England have been given a stadium ban by Uefa after chaos and fan trouble at the European Championship final in July.

Chaos ensued at Wembley for England's first final since 1966 as thousands of fans without tickets stormed the stadium and footage emerged of fights between fights both inside and outside the ground.

The stadium ban will see England have to play of their next UEFA-sanctioned game at Wembley behind closed doors. In a statement, UEFA said:

"[We] order the FA to play its next two UEFA competition matches as host association behind closed doors, the second of which is suspended for a probationary period of two years from the date of the present decision, for the lack of order and discipline inside and around stadium."

The Football Association has also been handed a £100,000 fine for "the lack of order" inside and around the stadium on the day. 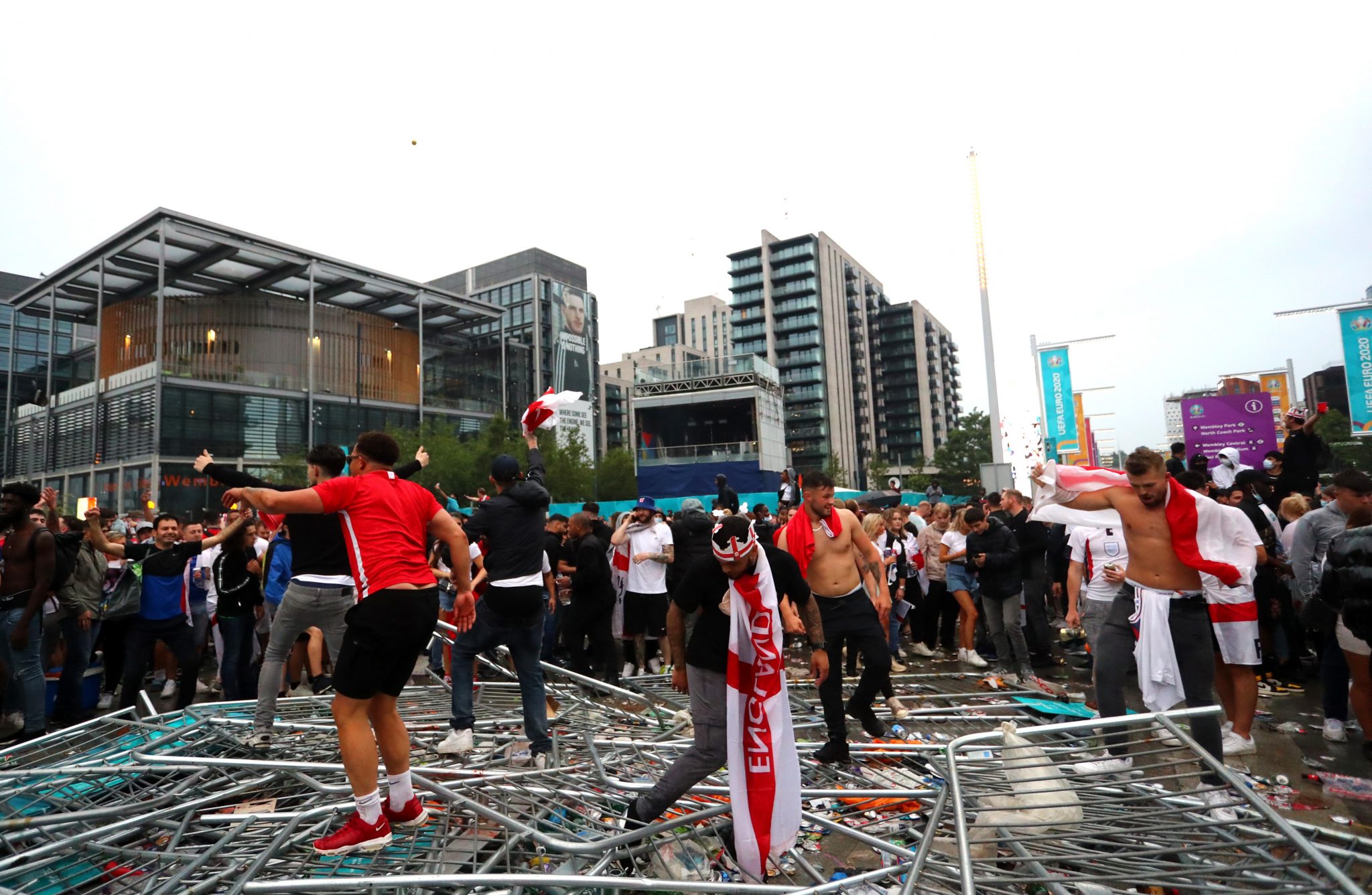 In August, UEFA announced that it was opening an investigation into the disturbing scenes at Wembley, and charged the FA on four counts.

Announcing the investigation last months, UEFA said: "Following an investigation conducted by a Uefa Ethics and Disciplinary Inspector into the events involving supporters which occurred inside and around the stadium during the Uefa Euro 2020 final match between the national teams of Italy and England played on 11 July at Wembley Stadium, London, disciplinary proceedings have been opened against the English Football Association for a potential violation of Article 16(2)(h) of the UEFA Disciplinary Regulations for a lack of order or discipline by its supporters."