A statement is expected to be released.

Ecuador are reportedly set to be booted out of the World Cup in Qatar after a lawyer claimed that defender Byron Castillo falsified documents and is actually Colombian.

It is believed that an official statement from Fifa, who have been investigating the case since May, will come imminently where they will announce that Chile will replace Ecuador - despite not initially finishing in the qualifying spots. 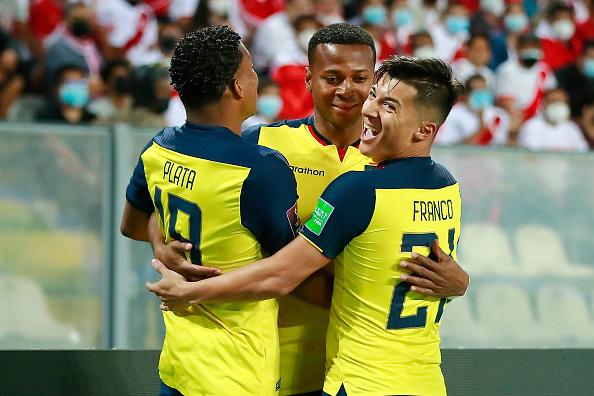 The Chilean Football Federation requested an investigation in May

END_OF_DOCUMENT_TOKEN_TO_BE_REPLACED

The Chilean Football Federation asked Fifa to investigate if Castillo was in fact Colombian after they claimed that they had proof to say that the full-back was born in Tumaco, Colombia in 1995, and not in the Ecuadorian city of General Villamil Playas in 1998 as it says on his official documents.

And according to TV Azteca, Eduardo Carlezzo, the lawyer representing Chile in the ongoing court case, has said that he has found sufficient evidence to prove that Castillo is not eligible to play for Ecuador.

Fingerprints are rumoured to be absent from Castillo's document that states he was born in Ecuador, with Chile accusing their South American neighbours of "rigging" the process.

Ecuador could face a points deduction

Should Fifa agree with the lawyer's findings, there is every possibility that Ecuador could be deducted a point from every qualifying game that Castillo featured in.

This would mean that they would fall out of the qualifying spots and to the bottom of their group, with Chile moving up to fourth while Peru would remain unaffected as they prepare to face Australia in a play-off for a place in Qatar next week.