Does spending in the transfer market improve your chance of survival?

It's a tricky business surviving in the Premier League.

Fulham spent €112 million last summer and were relegated to the Championship with five games still remaining in the season.

Norwich City secured their promotion to the Premier League for next season with a 2-1 win over Blackburn Rovers last weekend and the club's sporting director Stuart Webber has already told Sky Sports News that the Canaries will be one of the favourites to face relegation next season.

"It'll be low, probably one of the lowest ever spent in the competition. I don't want to put a figure on it but it'll be low."

Webber cites paying off training ground debts as well as paying for past mistakes as reason for low funds this summer but we ask the question how much does spending correlate with safety?

Over the past few years we've seen that the highest spending club in Europe's top leagues have generally turned that expenditure into domestic success but what about the teams looking to survive? Can you buy your safety?

We look back at the last five seasons of the Championship and look to see if the three promoted teams have been able to spend their way to safety.

Over the last five seasons, just once has there been a campaign where all three teams have survived their promotion; 2017/18 - Newcastle United F.C., Brighton & Hove Albion Football Club and Huddersfield Town A.F.C.

Each of the three clubs spent over €44m during the summer and of the last 15 sides to be promoted just eight have survived their first season in the Premier League.

Of the eight teams to survive, six teams spent at least €40m and at least four spent over €55m. Fulham are the only team of the last five seasons to spend over €55m in a season and be relegated.

Leicester (€22m) and Bournemouth (€35m) are the only two clubs to spend under €40m in their first season after being promoted and survive.

Fulham seem to be the anomaly in that teams that clear the €55m mark in spending generally survive (4/5 teams) while of the 10 teams that spent under €55m, only four survived.

Leicester and Bournemouth prove that you can get away with a lesser budget and survive but for the most part it's a dice roll for clubs that fail to break that €55m barrier. 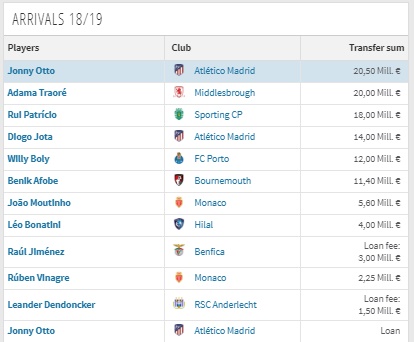 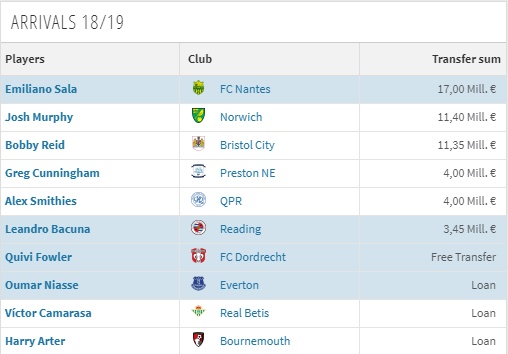 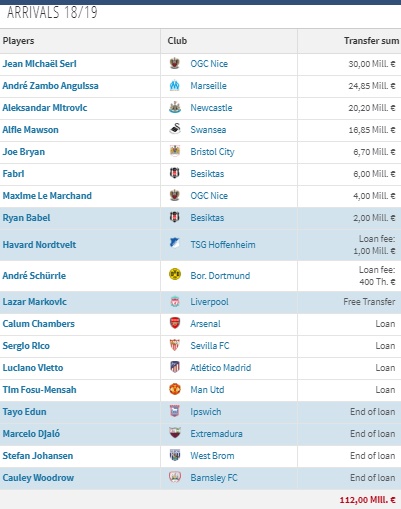 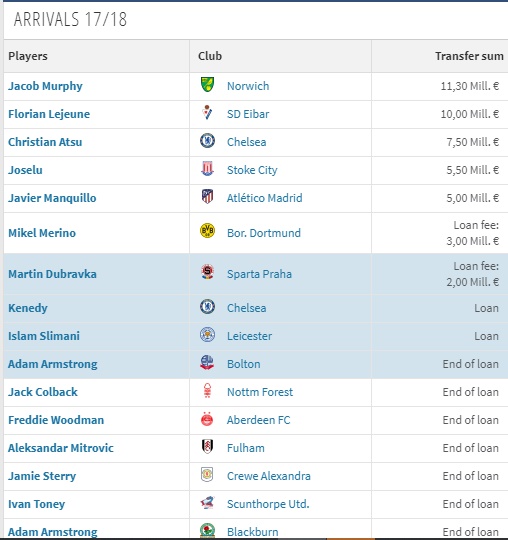 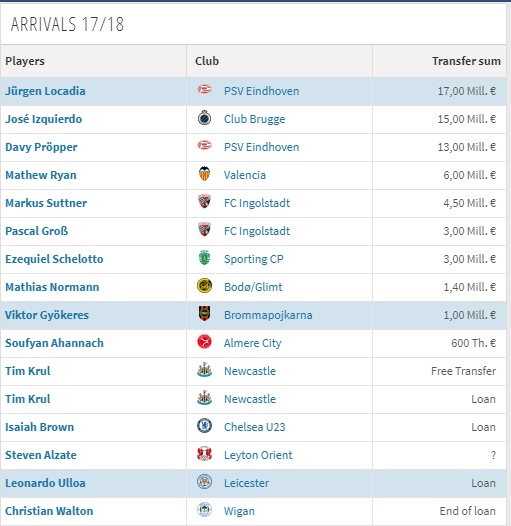 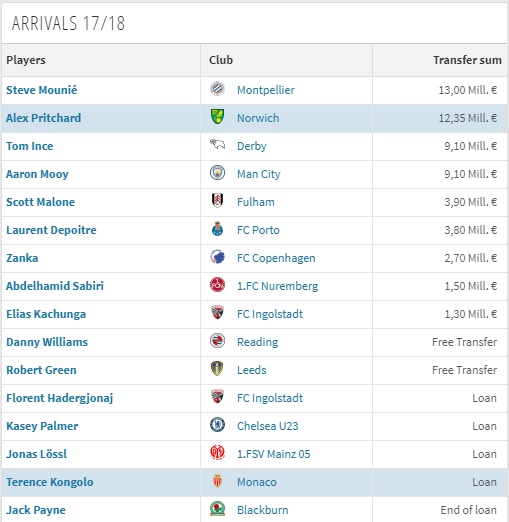 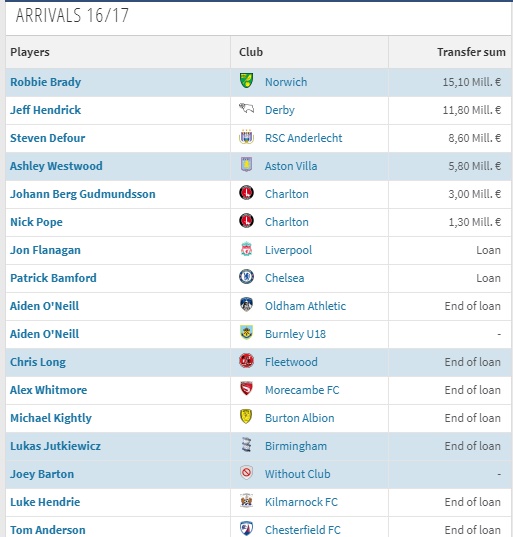 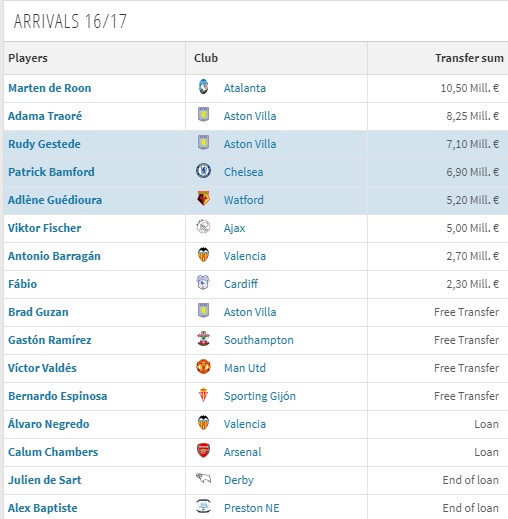 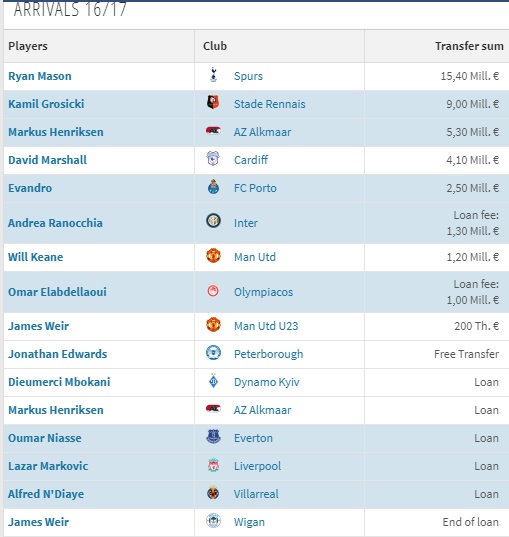 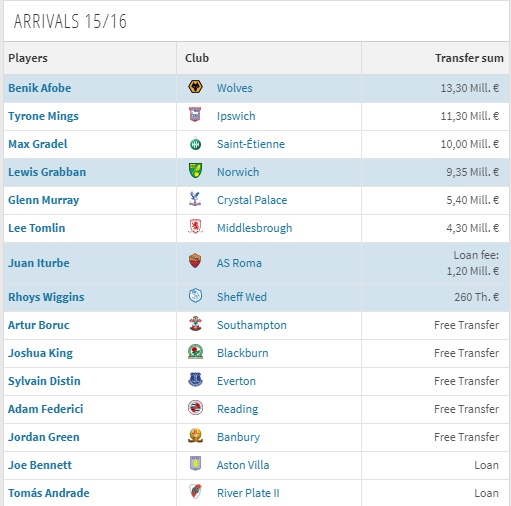 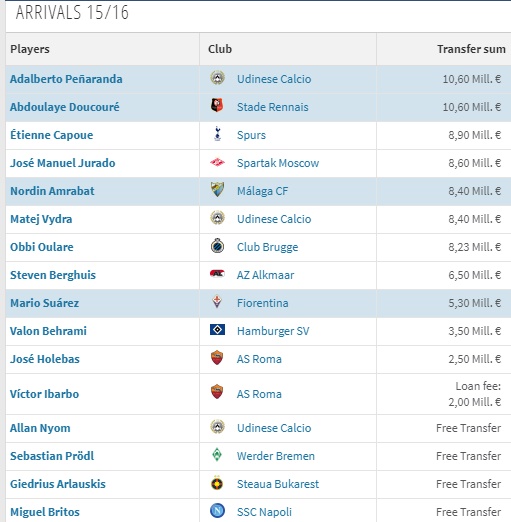 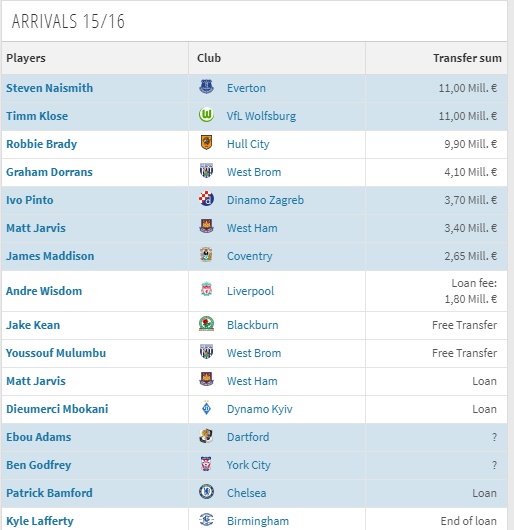 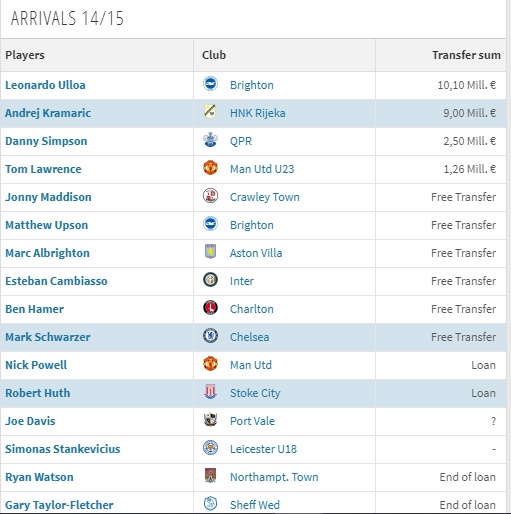 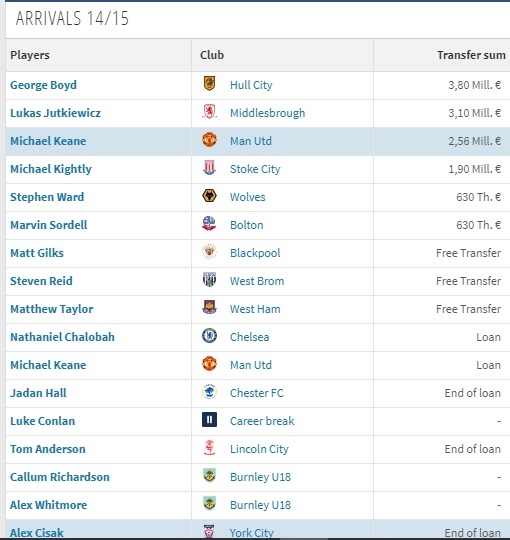 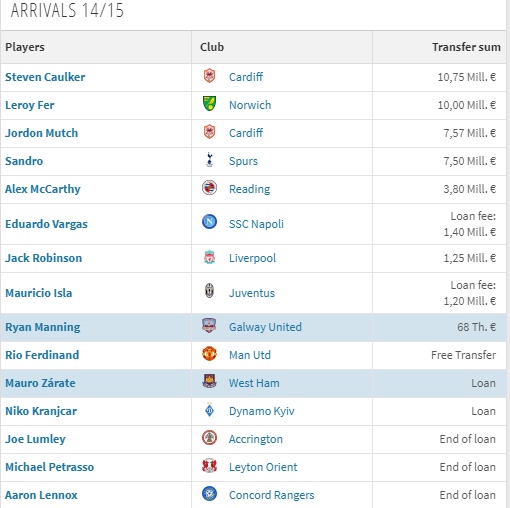