We're all forever whinging about the training to game ratio.

In every sport, at every age group, the thing that keeps players engaged and motivated is matches. It's the only reason to train in the first place so the absence of regular fixtures can become disheartening and turn some people off.

In Derry, a group of footballers with Down Syndrome have been training since October 2015 but they have no-one to play against.

You might remember young Adam Morrison, the star of one of the most heartwarming videos ever.

This could honestly be the best football video ever... https://t.co/vMq0Cu6aII

At 10 years of age, Adam started training with Oxford in Derry and he fulfilled a dream of sorts by scoring in the Foyle Cup.

The 'keeper couldn't stop it. 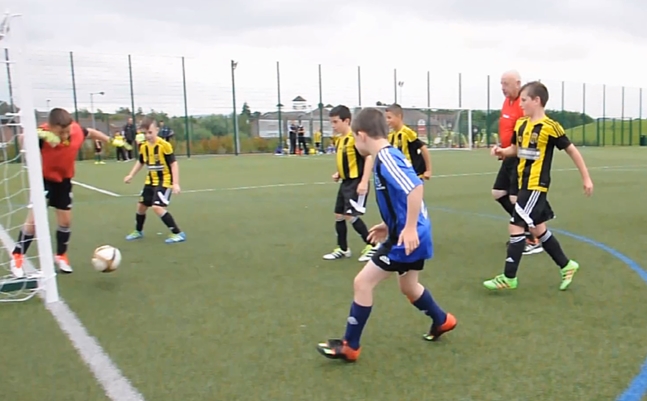 The opposition couldn't believe it.

And Morrison reeled away in celebration. 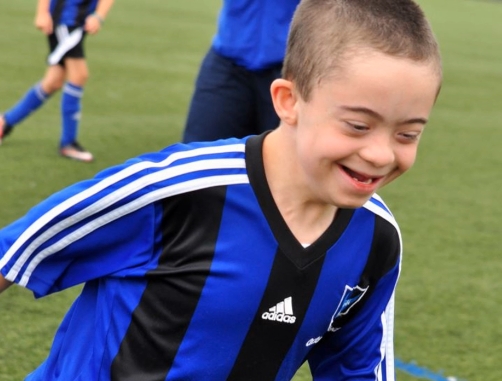 To the joy of his team mates. 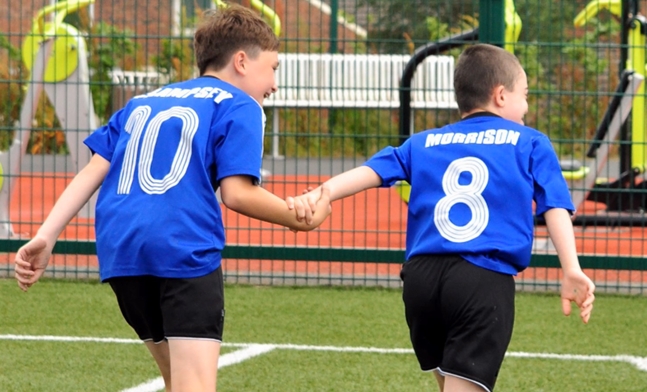 It was the most touching story of last summer. 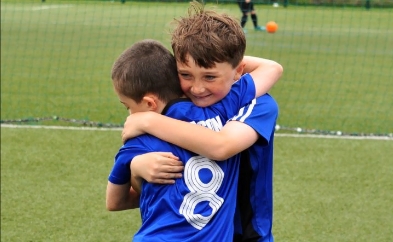 Well, Morrison is still playing - of course he bloody is with a strike like that - and his dad, Kevin, started a football team for Down Syndrome children in the area and it has proved to be a huge success.

Along with John Norris and Seamus Breslin - two other fathers - the trio took the sessions themselves thanks to support from the Foyle Down Syndrome Trust in Derry and they've been reaping the rewards since.

"The idea was basically to give our kids - and all kids with Down Syndrome - an opportunity to form friendships and build up their confidence, whilst enjoying the physical benefits of regular sporting activity," Kevin Morrison explained to SportsJOE.

"The kids really seemed to be enjoying it so we agreed to try and keep it going for another season. We even had an end of season awards presentation.

"Our second season started in October 2016 and it was clear our progress hadn't gone unnoticed. I was contacted by Michael Hamill who was Treasurer of Derry club Oxford United Stars. He offered to supply us with a brand new Oxford United kit, new footballs and most importantly, he offered us the services of Oxford United coaching staff for our Sunday morning sessions."

Fitted with new jerseys, new footballs and even playing cards of themselves, the Derry team are fully operational under Oxford coaches Noel Crampsey, Joe Kelly, Luke Crampsey and Paul Morrison.

They've even had the north west Pele himself, Paddy McCourt, in to take a session. 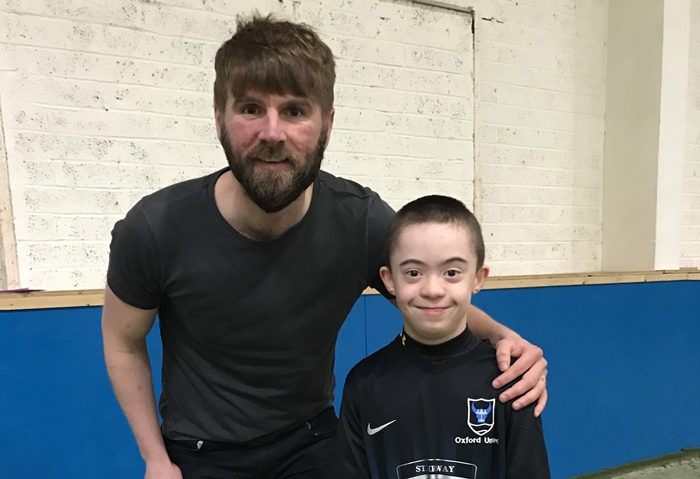 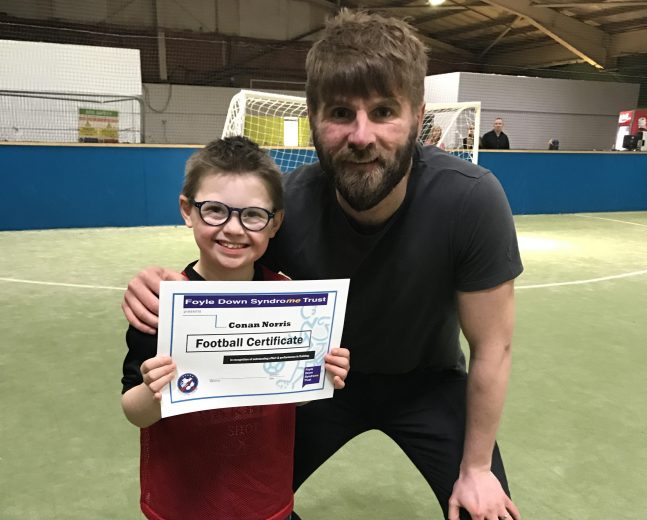 The only problem is the boys would love a game but they have no opposition to play them.

And that's a shame considering the amount of progress they're making and how much their reputation is rising in Derry.

"The lads are becoming mini celebrities around the north west as people start to recognise them from their appearances in the local and national press," Kevin Morrison said.

"The involvement of the Oxford staff has seen them come on leaps and bounds.

"Conan Norris, who is the grandson of Derry boxing legend Charlie Nash, is turning out to be a great wee dribbler, whilst Jack Rogers is fast gaining a reputation as a tough tackling midfielder who takes no prisoners!"

They have it all. They just need a game now.

If you know of anyone or any team that might be able to answer the call, get in touch with Kevin at Event Images and Video and help these boys get the game they deserve.

The Foyle Cup is coming back around in the summer. Maybe more kids than just Adam can experience what scoring at that tournament feels like.


popular
CCCC order replay of All-Ireland club football final
Shane Lowry confirms amicable split from caddie after four and a half year partnership
Owen Farrell praises Johnny Sexton in revealing interview ahead of Six Nations
January transfer window 2023: Follow the latest updates live in our hub
Christian Eriksen set to miss the next few months with injury, Man United confirm
British publication urges Gareth Southgate to claim Evan Ferguson for England
Kilmacud Crokes to counter Glen's objection over extra players in All-Ireland final
You may also like
1 week ago
How Conor Glass changed the whole landscape of Gaelic football in Derry
2 weeks ago
Rory Gallagher expects Glen players to be back for Derry the week after club All-Ireland final
2 weeks ago
Young Derry prospect kicks wonder point in last gasp equaliser against Tyrone
3 weeks ago
How Glen changed the narrative, replaced Ciaran McFaul and silenced the doubters
2 months ago
Ulster football's critics forced to eat their words after insane game on TG4
4 months ago
"We are appealing for understanding and common sense to prevail" - Derry club hit out at ridiculous fixture mess
Next Page