Rose Lavelle and Amandine Henry were two of the stars of the Women's World Cup, this summer. Denise O'Sullivan has a touch of both.

Wednesday in Tallaght was my daughter's first ever Ireland game. My son's too. They both went to bed with an Ireland poster - one of those great freebies you often get at games - above their beds.

They both went to bed with a new favourite player - Cork's own Denise O'Sullivan.

END_OF_DOCUMENT_TOKEN_TO_BE_REPLACED

Eight-strong [children, nephews, sister and parents], we all joined the flow into Tallaght Stadium for two reasons. The first was to cheer on Alison, my niece, as she was one of the lucky 22 chosen to be a mascot on the night. The second was to see if we could do our part to urge Ireland to victory against a tricky Ukranian side.

Alison was lucky enough to get to stand in front of Rianna Jarrett, who would go on to score her first Ireland goal in a whirlwind opening spell, and she even managed a wave to everyone back home that the RTE cameras caught. 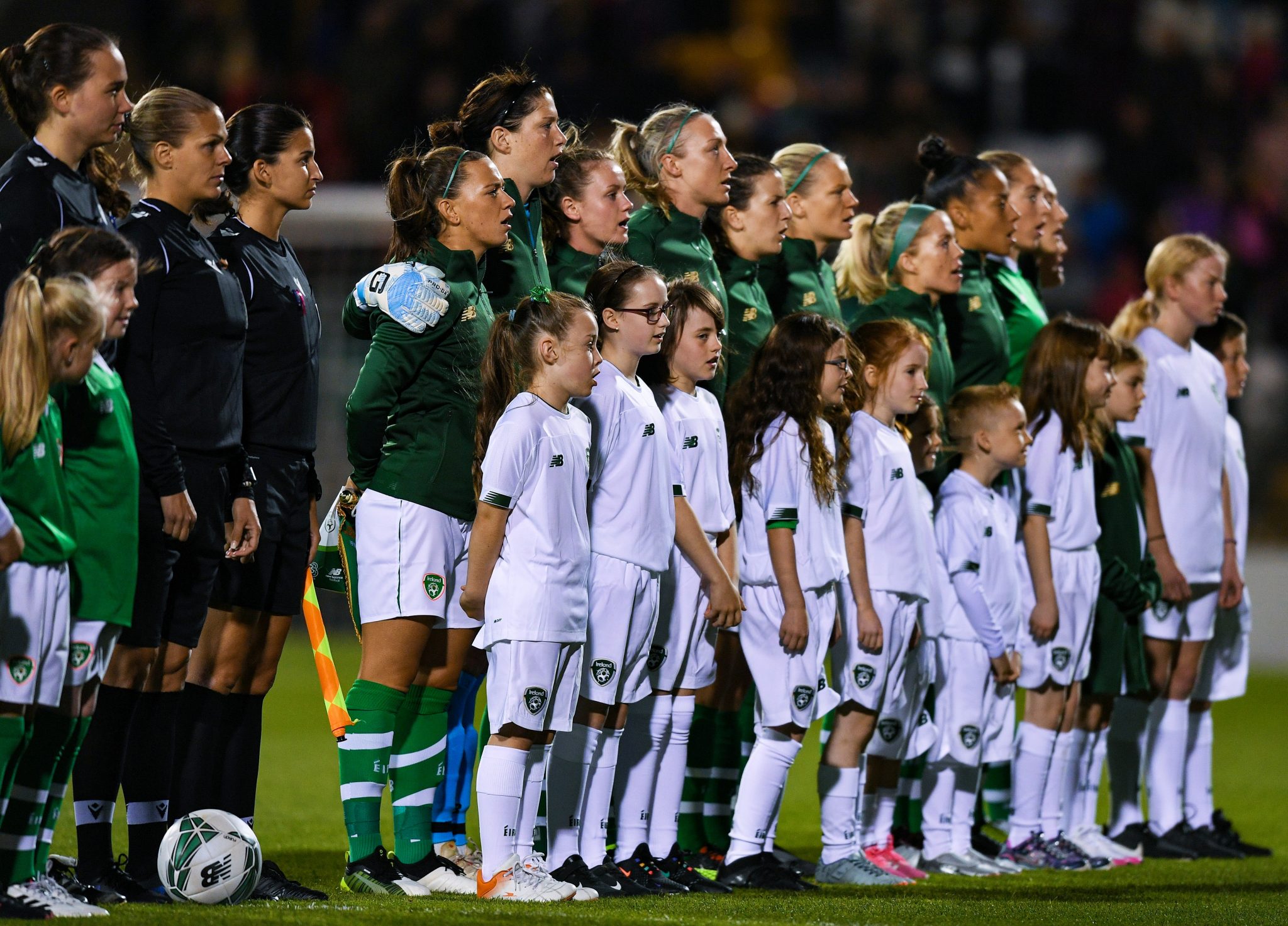 Once the action got underway, Ireland had Ukraine in trouble with balls over the top and down both wings. The ball was holding up in the wind and making it difficult for the defence to judge it.

END_OF_DOCUMENT_TOKEN_TO_BE_REPLACED

The tactics paid off wonderfully as it led to Ireland's first two goals. Jarrett scampered down the left flank, got to the byline, cut back and teed up captain, and hometown hero, Katie McCabe to slot home before, with a corner kick, the Arsenal star repaid the assist and Jarrett headed home from close range.

My kids, aged 4 and 5 [hours out from a 6th birthday] drifted in and out for spells during the match. They'd be caught up when play came over to our sideline or if there was a set-piece, or action that got the crowd animated, but they were often more interested in waving their posters about, staring at strangers, trying to climb the Ukranian dug-out and pestering us for a trip to the sweet stalls.

They did not mind Ukraine getting two goals in quick concession, after awful Irish errors, as the travelling support were nearby and they were creating quite a joyous racket. They had apparently won a lot of fans, clad in blue and yellow, when they set up camp in The Square shopping centre for most of the afternoon.

The player that grabbed their attention most, though, was O'Sullivan. Ireland's No.10 was pure class as she constantly got on the ball, evaded opponents and set up a steady stream of attacks.

Cork's Denise O'Sullivan also put on an exhibition for the record attendance in Dublin 24.

The energetic midfielder doesn't just demand the ball, she makes sure it comes her way with a relentless work-rate.

Her first touch and ball control were on another level tonight 👏 pic.twitter.com/0v9vxPwobd

END_OF_DOCUMENT_TOKEN_TO_BE_REPLACED

O'Sullivan's brief was to make herself known around the centre of the park, to seek the ball and to make it work for her team. Shamrock Rovers and Ireland star Jack Byrne has made a pleasing habit of getting out of the tightest situations, on this very pitch, with the ball seemingly affixed to his boot. O'Sullivan has that same knack.

No matter what pressure she was placed under, the 25-year-old usually found a way out, ball-on-toe, and found a teammate. Grace under fire.

She got forward on plenty of occasions, too, and it would be Jarrett and O'Sullivan that would be the ones that would force the winner. Another ball down the line and Jarrett chasing it, getting there first and taking on her marker.

She delivered a low-struck cross and O'Sullivan was quickest to react as the ball rebounded off the goalkeeper. Her shot on goal was cleared off the line but Olha Ovdiychuk was haring back and the ball ricocheted off her thigh and found the roof of the net.

Two lovely goals to take the lead. Two wretched ones conceded to cough it up. The ugliest one of all to seal an Irish victory.

It mattered little to the relieved, exultant Irish players and the thousands in attendance. The kids stopped eating their popcorn to cheer that one too. 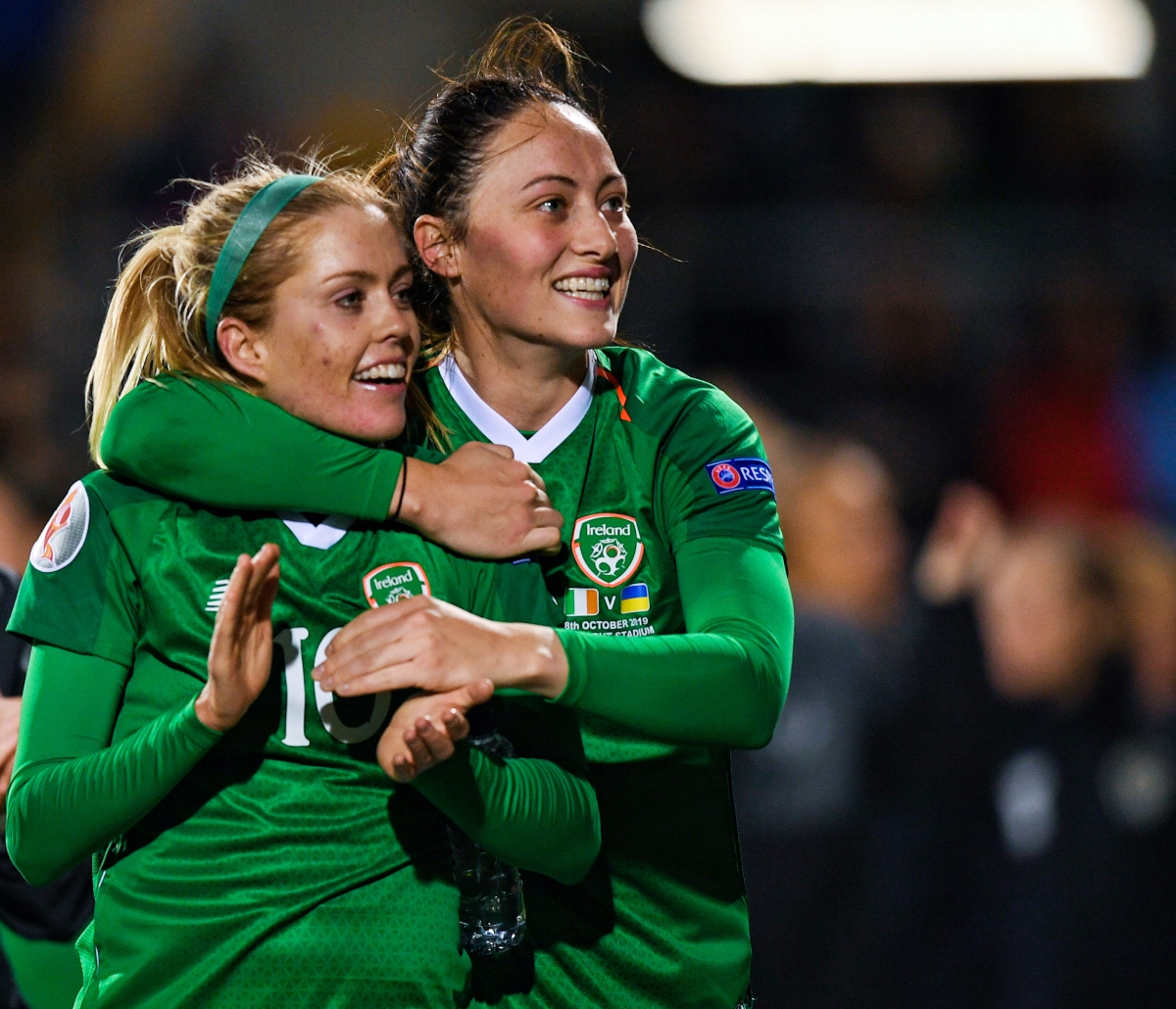 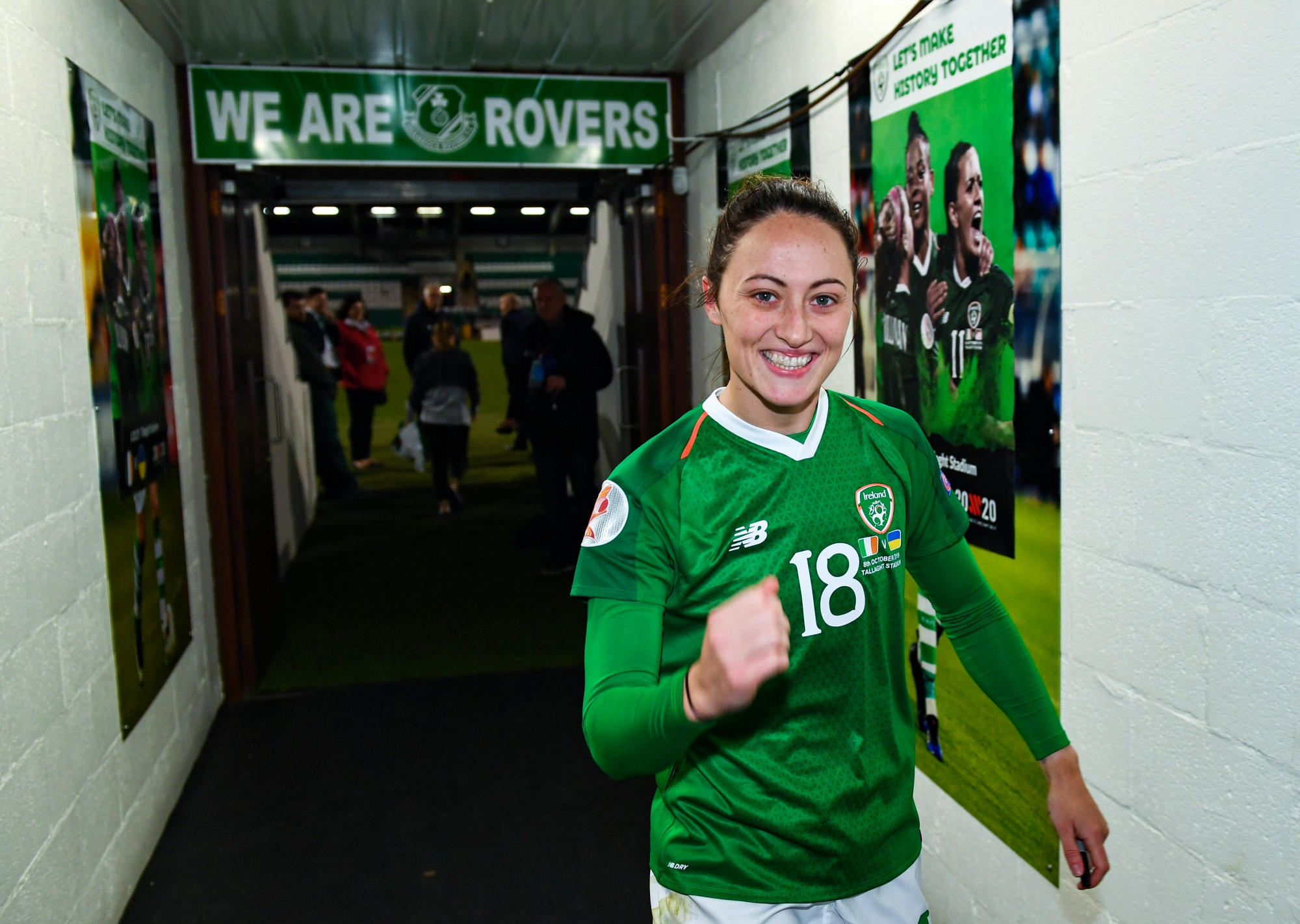 We didn't hang around for the photos along the sideline at the end [it was getting close to 10pm] but we promised we definitely would next time.

We dropped back over to my parents quickly then loaded the kids up for the trip back home.

On the drive back you could tell they were trying to take it all in. They wanted to know who was wearing black again? The ref. And blue? Ireland's goalkeeper. And what's her name? Marie Hourihan. And yellow. Who was wearing yellow again? Ukraine. They were in yellow.

Most nights you wish you could glimpse their dreams. There is no need tonight.

You may also like
1 month ago
Evan Ferguson praised after Brighton striker matches feat by Premier League legend
1 month ago
Evan Ferguson: All you need to know about Ireland's newest striker
1 month ago
Roy Keane cracks ice cold Ireland joke after France lose World Cup final to Argentina
1 month ago
Ireland reportedly line up Lee Carsley as next national team manager
1 month ago
Talksport presenter puts Martin O'Neill to the pin of his collar over Declan Rice and Jack Grealish
1 month ago
UEFA fine FAI €20,000 for Ireland dressing room song
Next Page