David Luiz has proved the doubters wrong since returning to the Premier League from Paris Saint-Germain.

The Brazilian has been almost flawless as part of Chelsea's three-man defence and appears to have ironed-out some issues with his game.

Brain fart moments such this now seem to be a thing of the past and he's arguably become of the league's best defenders.

Some things never change though and Luiz showed the crafty side to his game during Chelsea's win over Crystal Palace in the early Premier League kick-off on Saturday.

Just before half-time, the Chelsea defender won a free-kick by just deliberately running into Jason Puncheon.

Was this cheating? Probably, but it was also pretty clever and left Puncheon looking very confused.

Luiz is no stranger to getting one over opponents. Back in 2013, he annoyed a lot of people for his part in Rafael getting sent-off for Manchester United.

The impetuous defender kicked-out at Luiz, who dropped to the ground clutching his leg, as though he was hurt, only to smile at the United fans in the crowd. 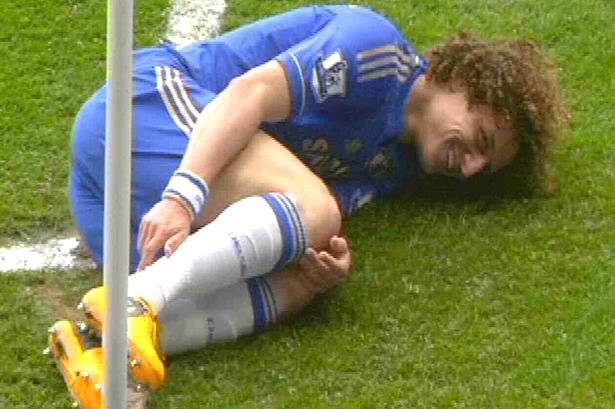 Luiz looking at Puncheon and then deliberately running onto him to get a free kick. What a man

David Luiz runs at Puncheon, throws himself to the floor and Alan Smith chuckles how the ref bought it. That'll help to stamp out diving...

Lolz. David Luiz just jumped over Puncheon and won a free-kick after a poor clearance

So puncheon 'block' on Luiz was a foul, but luiz's block on Aguero wasn't? 🙄#CRYCHE

How is that a foul? Puncheon just stood there and Luiz ran into him? #cryche


popular
Bill Shankly’s grandson asks for statue to be removed from Anfield
'War-scene' in Tyrone dressing room before 2005 final sums up an iconic team
We knew Sean O'Brien wouldn't let us down with his Lions XV
Dream on hold for Munster fans as O'Gara agrees to new deal at La Rochelle
"I'm not the biggest fan of academy systems" - Paddy Tally believes we should be developing young GAA players differently
Springboks legend Tendai Mtawawira tells us what he really thinks of Ellis Genge
Keith Earls backed for Lions XV by one of the best in the game
You may also like
2 days ago
Super League: Ensuring failure isn't an option for the cowardly cabal
2 weeks ago
Only a devoted diehard would ever get full marks in our Liverpool quiz
3 weeks ago
You'll need to be on top form to get 20/20 in this 2000s footballers quiz
1 month ago
"Is that the hardest team ever assembled in the Premier League?"
1 month ago
Man United appoint first Football Director and confirm Darren Fletcher role
1 month ago
Arsenal ignored club legend's advice to sign Luke Shaw
Next Page