Real Madrid, where Galacticos are stock-piled like Top Trumps but nobody can be bothered to service the office equipment.

Not that the Champions League holders have given up hope of snagging the former Atletico Madrid 'keeper, with reports in Spain unsurprisingly becoming more frequent in the wake of last week's chastening El Clasico defeat.

END_OF_DOCUMENT_TOKEN_TO_BE_REPLACED

Florentino Perez knows how to keep the natives from getting too restless. Signings, or at least the promise of signings.

De Gea, given all the practice he has got during his six seasons at Old Trafford, would certainly have made a better fist of saving Lionel Messi's glorious last second winner than Keylor Navas did. The Spanish goalkeeper is world class and it is not hard to imagine him at the Bernabeu next season.

Some are even reporting Joe Hart as the unlikely replacement for De Gea at United. 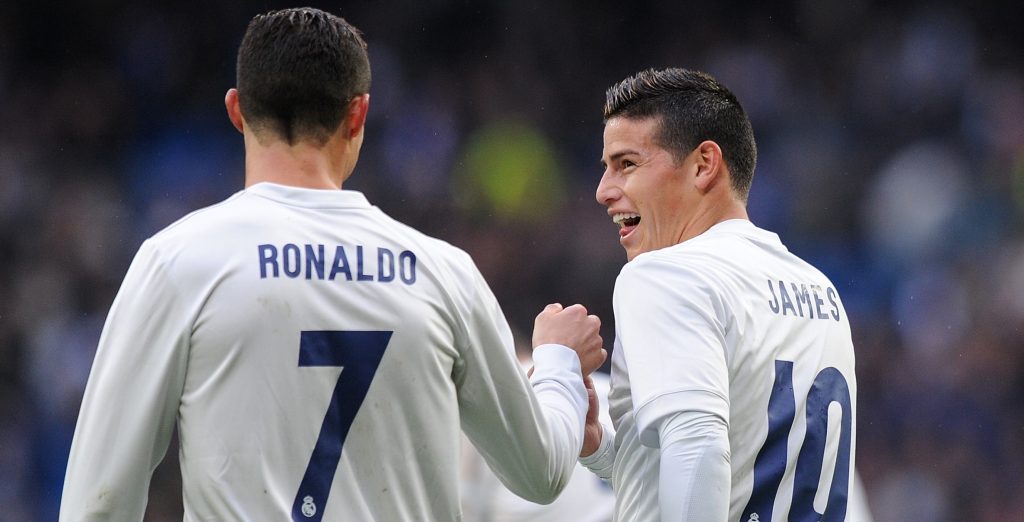 END_OF_DOCUMENT_TOKEN_TO_BE_REPLACED

Spanish newspaper, Don Balon, report that Perez has signed off on the sale of James Rodriguez to United as part exchange for the goalkeeper.

Signed from Monaco in the wake of the 2014 World Cup for €60million and handed the number 10 shirt, the sale of Rodriguez to United is a sign of how much Perez wants De Gea (who is valued at €75m).

While the Colombian has not made the impact many expected he would, he was a Galactico signing of the president and, therefore, not easily discarded.

END_OF_DOCUMENT_TOKEN_TO_BE_REPLACED

According to Don Balon, there is quite a difference between what United are willing to pay (€40m) and what Real are expecting (€60m).

Having started out with Banfield in Argentina before making the move to Porto, a potential €60m move to Old Trafford would make James the world's most expensive player on cumulative transfers, ahead of Angel di Maria.

While he has not played as much as he would have liked at Madrid, the attacker is still only 25 and could reignite his career in the Premier League - it is patently obvious he has the talent.

With nine goals and 12 assists in 30 appearances this season, there is no doubting James' impact in the final third. Is he the man to get the attack purring and, if so, is it worth losing De Gea - the best player at Old Trafford in the past four seasons?