For several years, David De Gea has been Manchester United's saviour, papering over the very big cracks in their squad, keeping them in the top four.

He is widely regarded as one of the best goalkeepers in world football, despite United's negative goal difference at this moment in time.

END_OF_DOCUMENT_TOKEN_TO_BE_REPLACED

He was won five of the last six player of the season awards at Manchester United, which says more about United's shortcomings as a team than De Gea's quality on goal, in all honesty.

He almost joined Real Madrid, only for that faulty fax machine to scupper the move in the dying minutes of the transfer window. But after all these years of carrying a dysfunctional United team, De Gea might be about to get his move away.

His contract with United ends at the end of this season, and his reluctance to put pen to paper on a new deal hints at a desire to leave.

Paris Saint-Germain are reportedly keen to sign De Gea and make him the best-paid goalkeeper in the world on £300k per week. The French champions currently have Alphonse Areola and Gianluigi Buffon as their goalkeeping options, but De Gea would be a significant upgrade on both. 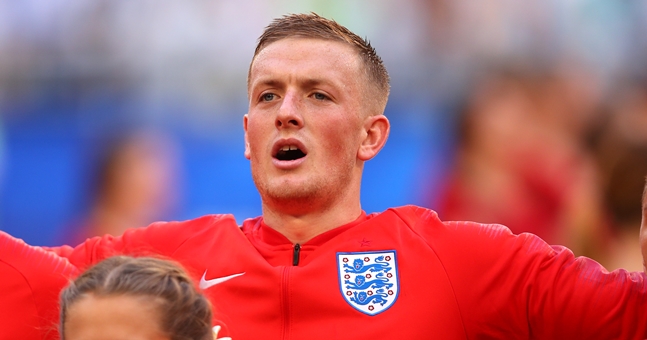 United would be in desperate need of a new goalkeeper if De Gea were to leave, come the end of the season, and reports suggest that Jordan Pickford is high up their list of potential replacements.

The England and Everton was hugely impressive during the World Cup and has enjoyed a much better start to his season with the Toffees than he did last season. He also possesses the same combination of agility and excellent distribution that made De Gea such an asset to United.


popular
Brendan Ó Dufaigh gives a powerful interview on an emotional night in Ulster
Jamaica teammates are as frosty after Thompson-Herah's history-making 100m win
Full player ratings as South Africa leave Lions battered, bruised and beaten
Cheslin Kolbe somehow avoids red card after leaving Conor Murray in awful heap
Paul O'Donovan busts the cliches and leaves the mystery behind him in one more emphatic interview
Warren Gatland gives his take on that dangerous challenge on Conor Murray
McIlroy and Lowry right in the mix for Olympic gold in Tokyo
You may also like
2 weeks ago
Jose Mourinho admits he might have been 'too harsh' on Luke Shaw
2 weeks ago
Man United given permission to make approach for Raphael Varane
3 weeks ago
Man United could land Eduardo Camavinga at bargain price
4 weeks ago
Raphael Varane reaches "pre-agreement" with Manchester United
4 weeks ago
Man Utd won't pay over the odds for Raphael Varane after Sancho deal
1 month ago
Luke Shaw hits back at "obsessed" Jose Mourinho after latest criticism
Next Page