Six clean sheets from the previous seven games but this error was bad enough to reignite a goalkeeping debate.

Between David De Gea and Sergio Romero, Manchester United goalkeepers had conceded just one goal in seven games heading into their Premier League clash with Everton.

Within minutes of the kick-off, at Goodison Park, De Gea had gift-wrapped an opening goal to Dominic Calvert-Lewin. He dithered over a free-kick passed back to him by Harry Maguire and his lazy clearance rebounded off the on-rushing Toffees striker to put United in a hole.

Why did Harry Maguire go back with that free?

Why did David De Gea just stand still for ages?

END_OF_DOCUMENT_TOKEN_TO_BE_REPLACED

Bruno Fernandes' long-range effort made it 1-1 after 32 minutes and that is how it stayed when the final whistle finally sounded. Between that Everton goal and full-time, however, De Gea redeemed himself with three quality saves.

In the closing moments, he stuck out a boot to deny what looked to be a certain Gylfi Sigurdsson goal. 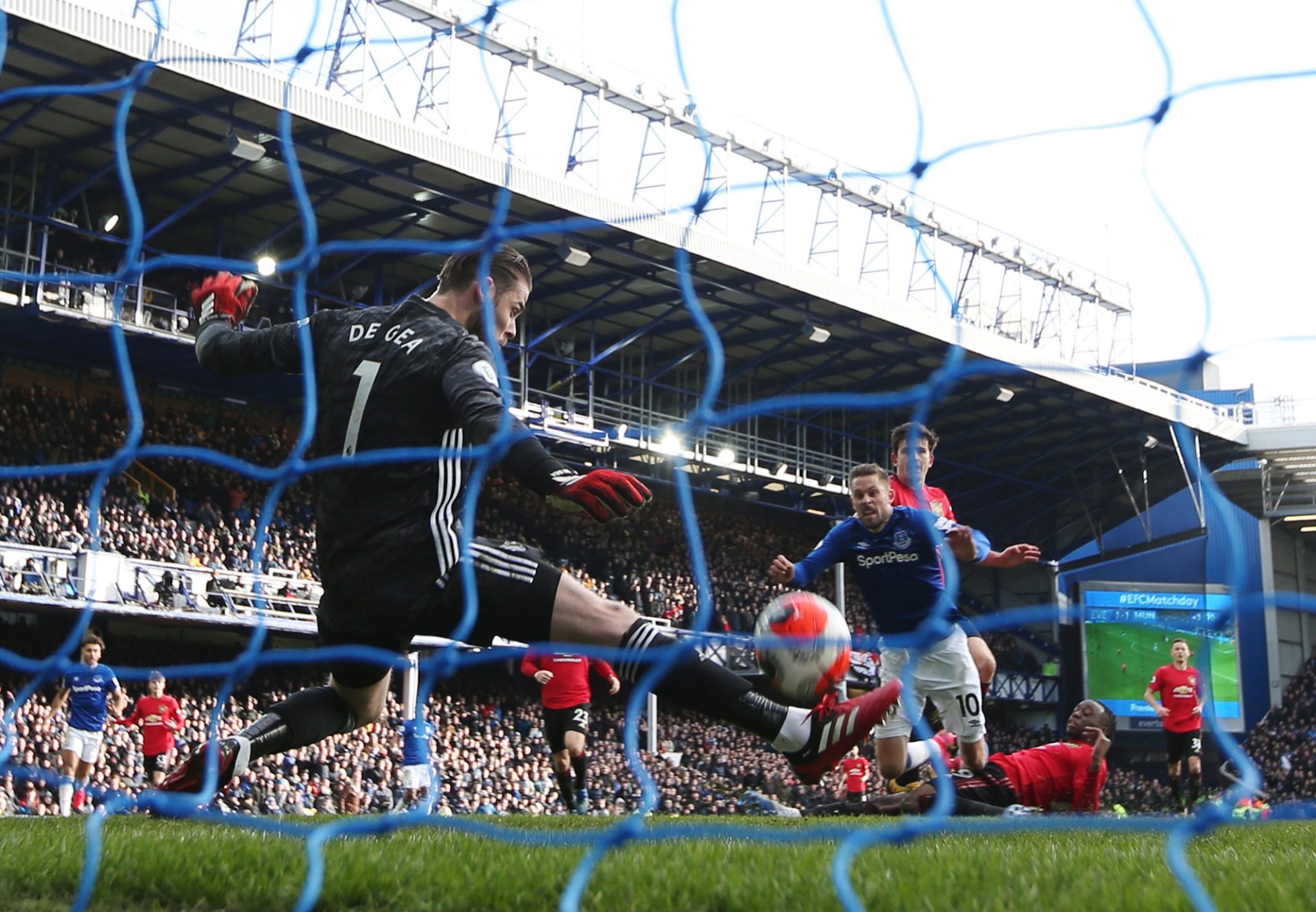 END_OF_DOCUMENT_TOKEN_TO_BE_REPLACED

United then had a reprieve when an offside Sigurdsson was found to be obstructing De Gea's line of sight after Calvert-Lewin thought he had won it for Everton.

Following the game, the focus was more so on De Gea's latest error - seven of his mistakes have led to opposition goals this season - than his redemptive stops.

United boss Ole Gunnar Solskjaer was asked if, this summer, he would be recalling Dean Henderson, who is having a fine season while out on loan to Sheffield United. The Norwegian responded:

"We want the best possible squad for Man United and Dean's our player. He's doing really well at the moment, and the day he comes back he's obviously fighting to play here as well.

"But David's shown his reaction, the way he made amends and saved Sigurdsson's goal, or chance, at the end. David's the best goalkeeper in the world. Dean is a very good challenger and then Sergio's a decent challenger as well.

"We want a squad full of quality and with competition. If you want to survive at the top you need to bounce off competitions from right, left and centre.

"He went through a difficult patch last season, definitely, but David's been very, very good this season. I can't really remember any errors I'd go to now, apart from Watford one [Ismaila Sarr's goal]. I trust David 100% in the goal."

END_OF_DOCUMENT_TOKEN_TO_BE_REPLACED

22-year-old Henderson has kept nine clean sheets in the Premier League this season and is behind only Alisson (Liverpool) and Ederson (Manchester City) in that regard.

Should The Blades secure European football for 2020/21, they could try and tempt Henderson to make his loan move permanent. Solskjaer may have some convincing to do to get the young goalkeeper back as he will surely not be content to sit behind the 2019 and 2020 De Gea vintage.


popular
Rangers legend says he and Roy Keane didn't speak during Man United spell
The coolest customer in hand-ball hoping to carry on the family tradition for Kilkenny
Oli McBurnie: Police investigating video of alleged 'stamp' on Nottingham Forest fan
Josh van der Flier and Sam Monaghan win big at Irish rugby awards
Rhodri Giggs accuses Gary Neville of hypocrisy over Salford sacking
"I think there are only five Kilkenny players who are guaranteed to start on any given day" - Cody's motivational methods
"County football isn't for everyone" - Down captain Barry O'Hagan hits back at criticism