Although we could never imagine Roy Keane uttering such a phrase, as Cristiano Ronaldo did during his Piers Morgan interview, the former Manchester United teammates share something big in common.

Back in 2005, during an in-house interview for United's MUTV, Keane was so scathing of his teammates - young, old and in between - that it all but ended his playing career. Following a 4-1 defeat to Middlesbrough, Keane stripped the likes of Darren Fletcher, Kieran Richardson, John O'Shea and Alan Smith.

During a segment called 'Roy Keane plays the pundit', the United captain - along many zingers - pulled out the following line about younger players at the club. He commented:

END_OF_DOCUMENT_TOKEN_TO_BE_REPLACED

17 years later and while Keane is well retired, at this stage, a new Manchester United star has taken the crabby veteran torch from the Cork native.

During the first part of his lengthy sit-down interview with Piers Morgan, on Talk TV, Cristiano Ronaldo had an mistakable Roy Keane moment as he tore strips out of the next generation for footballers, including those at United. 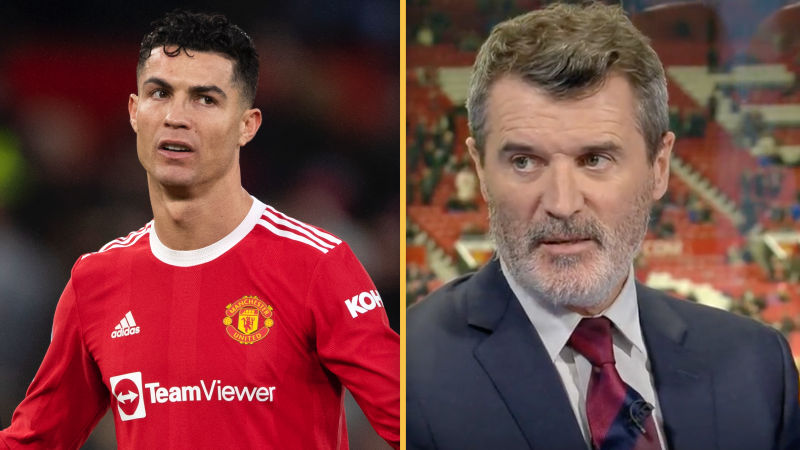 END_OF_DOCUMENT_TOKEN_TO_BE_REPLACED

After pontificating about setting an example to young players, Cristiano Ronaldo - who walked out of TWO games early, this season, and was sitting down mid-season to say he does not respect his manager, Erik ten Hag, had some tough words for those same players.

"They don’t listen," he lamented. "They don’t care. They’re not going to have longevity in their career. This generation, not many are going to reach the level."

Expanding on the point, the 37-year-old, who last captained United in a 3-1 defeat to Aston Villa, declared:

"I don't think they disrespect experienced players, that's not the word, but it's a different generation. There's no hunger, they have things too easy. They don't suffer.

"All leagues in the world, the youngest now, they are not the same as my generation. But we cannot blame them because, it's part of life, you know. The new generation and the new technologies that distract them for another thing so… But they are not the same. They listen but this is why we have two ears, as you listen from one side and they go away from another side.

"It doesn't surprise me. But in the same way it's a shame because if they have the best examples in front of your eyes, and if they don't at least copy what you did, for me, it's kind of weird, because I remember when I was 18, 19, 20, I always looked to see the best players in Ruud van Nistelrooy, Rio Ferdinand, Roy Keane, and Ryan Giggs - this is why I have the success that I have and longevity. Because I take care of my body, my mentality, my head, because I see these guys and I learn from them."

The gripe about younger people getting sucked into 'new technologies' that distract them is another point where Ronaldo and Roy Keane are in lock-step.

"Play football, practice. Kick the ball against the wall, play with your mates. Kids don’t climb trees anymore. So that’s my advice to you, enjoy football and climb trees."

Keane and Ronaldo both wishing the likes of Alejandro Garnacho, Zidane Iqbal or Hanninbal Mejbri could drop the phones and just go climb a tree. 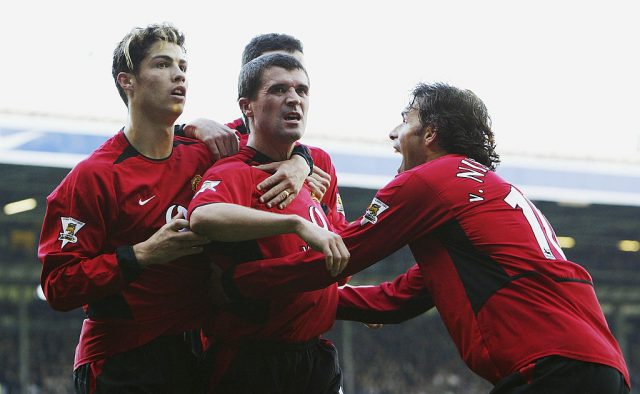 While Manchester United have said they will wait until the have 'the full facts' before considering any sanctions again their player, it appears almost certain that Cristiano Ronaldo is unlikely to ever play for the club again.

The 37-year-old said that he does not respect United coach Ten Hag, which will make any potential reunion between the pair extremely awkward, to say the least.