Some of the bullshit surrounding Cristiano Ronaldo, this summer, has been pitiful

Manchester United knew what they were getting when they signed Ronaldo and lapped up the goals, and social media engagement.

There was a social media furore, on Sunday, when Cristiano Ronaldo left Old Trafford and headed for home, before the final whistle had sounded in Manchester United's friendly with Rayo Vallecano.

Ronaldo had been replaced by Amad Diallo after 46 minutes of the 1-1 friendly draw. Other United players, who had been watching the game from up in the stands, had been allowed to leave early to make their own way home.

END_OF_DOCUMENT_TOKEN_TO_BE_REPLACED

There were pictures of Anthony Elanga, Bruno Fernandes and Marcus Rashford leaving Old Trafford before the game was wrapped, too, but nothing caught the attention like Ronaldo scooting off early. As the 37-year-old started to get some heat, across social media, few were paying attention to fellow teammate Diogo Dalot leaving the ground at the same time. 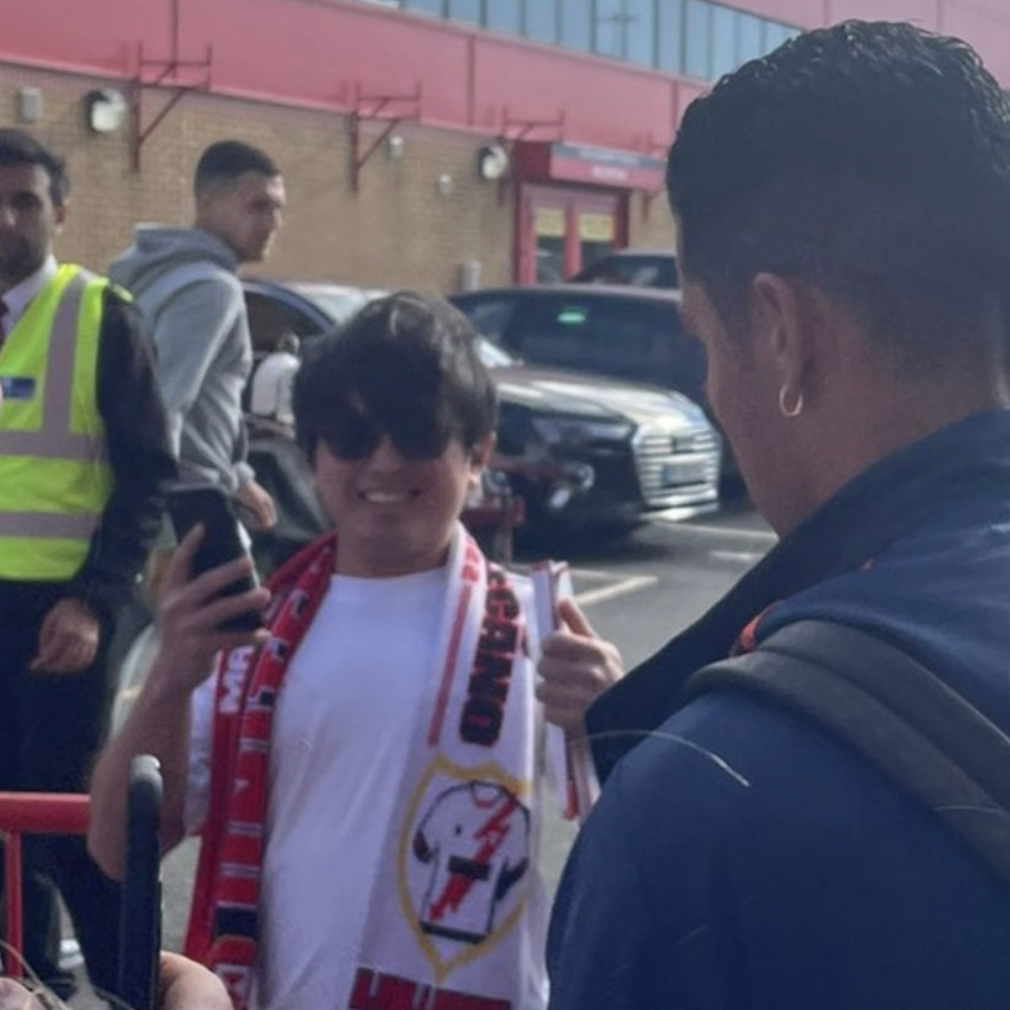 'No issue' from Man United

Several outlets ran with the 'Cristiano Ronaldo leaves early' story. They were not wrong, but there was a sub-text in many reports - Ronaldo being surly and sending a sign to the club brass.

END_OF_DOCUMENT_TOKEN_TO_BE_REPLACED

Manchester United let it be known, on Monday, that they had 'no issue' with Ronaldo or other players leaving the ground before the match was over. It was already too late, by then.

There were a lot of folks tuning [or finding a stream] of United vs. Rayo Vallecano as interest was writ large on what sort of reaction Ronaldo would get from the fans at Old Trafford. United fans reserved the loudest cheers and applause when Ronaldo's name was read from the team-sheet, and when he ran onto the pitch.

There would be no story there. United supporters are famously obstinate. If the broader, national press wants them to do one thing, they very often swing the other way.

The narratives around a 37-year-old seeking additional time to be with his family, three months after he and partner Georgina Rodriguez welcomed a new daughter to the world and lost her twin brother, have been lacking a scintilla of empathy. The man lost a baby son and returned to play, and score, for United five days later.

END_OF_DOCUMENT_TOKEN_TO_BE_REPLACED

Personally, if he had wanted the rest of last season off, it would not have been a problem. There is honestly more to life than this, but some find comfort in the routines, and embrace the distractions.

Ronaldo came back and scored three goals in four games but his team still only claimed four points from an available 15 and the Champions League was out of the picture.

Ronaldo losing a child was acknowledged for all of a fortnight then it was back to business, for far too many. This is a life-altering event, but most prefer not to dwell on it so the player was scolded for spending a longer than planned summer with his family. 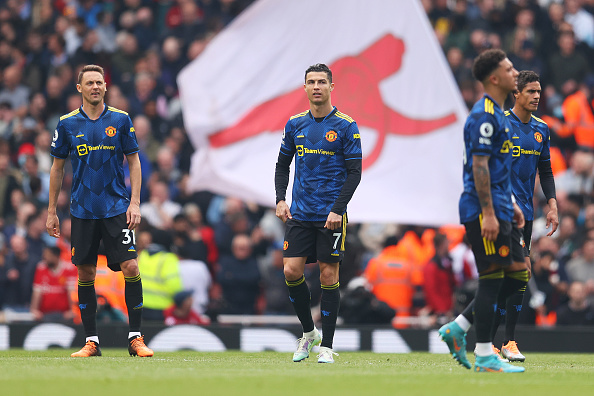 Cristiano Ronaldo and the art of wishful thinking

When Cristiano Ronaldo signed from Juventus, many fans tried to tell themselves this would be one of the final puzzle pieces needed. He was 36, at that stage, and not a long-term goalscoring prospect like Erling Haaland, Dušan Vlahović or Harry Kane, but here was a living legend coming back to the fold.

Jadon Sancho, Raphaël Varane and now Ronaldo had been added to the ranks. United, the common thread ran, should be in better shape than the side that had finished second to Manchester City in 2021/22. That thread was pulled, frayed and useless by the end of November and Ole Gunnar Solskjaer was sacked.

The league was gone by then but six Ronaldo goals in five games saw the Champions League dream saved. The unlikely pursuit of a fourth European Cup was the only thing holding United together by mid March. When Atletico Madrid knocked them out, at the Last 16 stage, it all fell apart.

Sancho, Varane and Ronaldo had been added to a team that had finished 12 points off City. United ended up in sixth, 15 points worse off, having scored 16 fewer goals and conceded 14 more. It was a complete disaster.

You needed to search hard for a positive at the club, around that time. City and Liverpool were sharing the domestic silverware. Erik ten Haag was coming in from Ajax but everyone looked at the squad and felt it needed a near-complete reboot.

Ronaldo could be forgiven for looking around him - as he did several times over the final three-month death march - and wondering what the hell he had signed up for. He had proved, with his 24 goals and PFA Player of the Year nomination, that he could still cut it at the top level. He was not his Real Madrid vintage, but he could prosper in a team that had even half a clue. 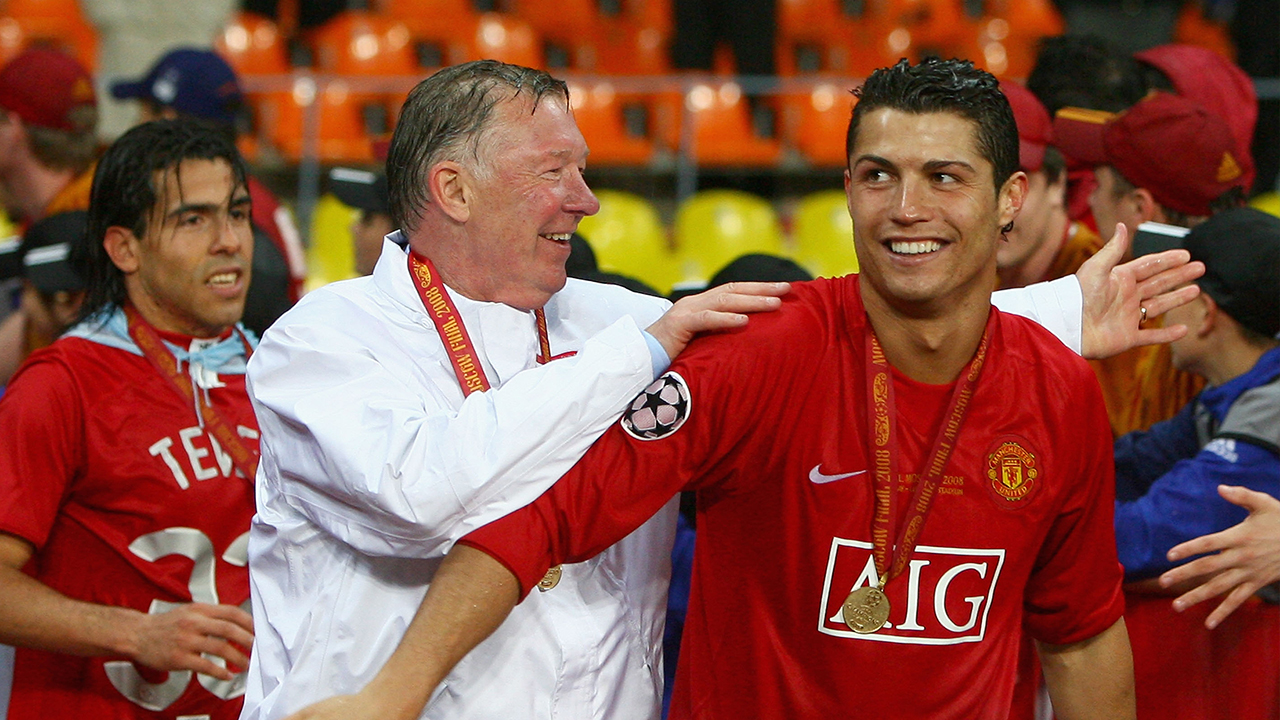 Lack of fight, or anger, about Cristiano Ronaldo wanting to leave

It goes to show how far United have sunk since Alex Ferguson's departure that Ronaldo's second departure from the club is meeting less fan resistance than when Real Madrid came calling, in 2009.

Back then, Alex Ferguson had staved off Los Blancos for a season and kept Ronaldo as United sought to retain the Champions League they had won in Moscow. Ferguson said he 'wouldn't sell that lot a virus' but privately knew 2008/09 would be Ronaldo's last season at United, under his tenure.

United fans had been enraged by Real speaking so openly about bringing Ronaldo to Madrid, all through 2008. By 2009, they sensed United could lose its' best player to a record bid.

13 years on [further emphasising how long Ronaldo has been at his peak], many United supporters would not stand in Ronaldo's way. Some will even acknowledge that he is coming to the end of his career and looking to add to his record, at the highest level.

There is a real blow-it-up-and-start-again vibe at United, this summer. City and Liverpool have had some big ins and outs, but will both take some beating. Spurs and arsenal have made good signings and the Chelsea cheque-book has been made available to Thomas Tuchel again.

The lack of fight, and anger, at Ronaldo and his representatives seeking a way out just shows you how so many of their supporters sense the current state of the club.

The fans know, too, what they are getting with Ronaldo.

Here is a man that is obsessed with his own legacy, even as he crafts it.

As soon as the club's Europa League fate was sealed, last season, all involved should have shook hands and gone their separate ways.

Ronaldo has the edge on many Champions League goalscoring feats and records [he is 15 clear of Lionel Messi but two years older]. He hoped his return would lead to greater days for United but the squad imploded all around him.

The real shame is that this want-away saga has dragged on all summer.