He's not convinced Spurs will stump up the cash

Toby Alderweireld's future at Tottenham Hotspur remains undecided, as the player and the club engage in a financial stand-off.

Alderweireld, alongside his defensive partner Jan Vertonghen, has been one of the Premier League's best defenders since he joined Spurs in 2015. His excellent form has been a key factor in Tottenham's transformation into a consistent Champions League level side, and for that he believes he deserves a pay rise, demanding £150k per week.

Spurs have run a tight ship during the Pochettino era, creating a strong bond between the players and the manager and doing so on a comparatively small budget in comparison to the likes of Manchester City. But eventually they will have to break the wage structure in order to keep their stars.

Spurs legend Darren Anderton is not confident that Spurs chairman Daniel Levy will give in to Alderweireld's demands.

"I think [Toby] Alderweireld will leave Tottenham this summer. Until his injury he was the best defender in the Premier League so his situation is definitely a problem for the club", Anderton told bookmaker bwin.

"Alderweireld will move on this summer because he wants to be paid what the best defenders earn and Tottenham won’t do that. Manchester United can afford to pay him far more money and he will massively boost their chances of winning the Premier League", he added. 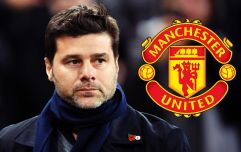 END_OF_DOCUMENT_TOKEN_TO_BE_REPLACED

He also expressed concerns that clubs will come calling for Christian Eriksen this summer. " I wouldn’t be surprised if Barcelona wanted to sign him this summer, especially if he has a good World Cup", he said.

Spurs fans will be relieved to hear that he is more confident that Spurs will keep hold of Mauricio Pochettino this summer, amid speculation that the Argentine could replace Zinedine Zidane.

"It will be very tough for Pochettino to turn down Real Madrid, but I don’t think he will make the move this summer," he said.


popular
James Haskell on text exchange with Peter O'Mahony after Ireland's victory over Scotland
The SportsJOE 12 o'clock quiz | Day 103
Fines and suspensions in Tipperary after stewards enquiry
Can you name the first clubs these players went to after leaving Celtic?
"The academy boys have turned into small monsters over the past few weeks" - Peter O'Mahony
SportsJOE 2000s Football Quiz | Round 8
"I have more work done than any player in Ireland" - The Trevor Giles tribute show
You may also like
7 months ago
Predicting every Spurs player's fate under Jose Mourinho
7 months ago
Twitter reacts as Mauricio Pochettino gets the sack
10 months ago
Mauricio Pochettino: We have an unsettled group at Spurs
1 year ago
Keane on Pochettino: How involved he is stood out to me more than anything
1 year ago
Tottenham favoured to beat Manchester United to Giovani Lo Celso
1 year ago
Mauricio Pochettino walks out of press conference after Harry Kane question
Next Page