In his 594 days as manager of Chelsea Football Club, Thomas Tuchel left one hell of an impression.

The German took over from Frank Lampard on January 21st 2021, when Chelsea had sunk to 10th in the Premier League after losing five of eight games. Lampard had guided Chelsea to the knock-out stages of the Champions League but the domestic slump, which included League Cup elimination, saw Roman Abramovich [remember him?] cut the club legend loose.

END_OF_DOCUMENT_TOKEN_TO_BE_REPLACED

Tuchel eventually secured Champions League football for Chelsea by beating Leicester City at Stamford Bridge, on the penultimate day of the league season. The Blues also won that season's Champions League after beating the heavily-favoured Manchester City in the final.

There is a lovely photograph, after that Chelsea triumph, of Tuchel standing back and savouring the moment his players gather around the European Cup and celebrate their unlikely win.

Having been denied in the previous year's final, as boss of Paris Saint Germain, he had reached the promised land. Still, he was happy to stand back and let his players and coaches take the acclaim. 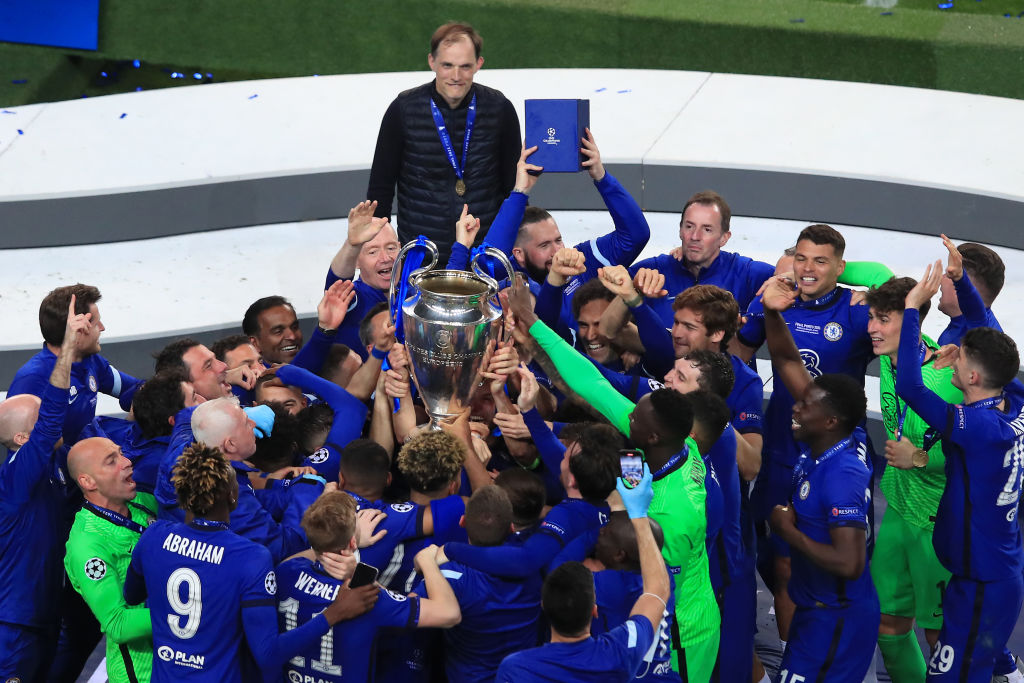 Thomas Tuchel looks on as Chelsea players celebrate with the UEFA Champions League trophy, at Estadio do Dragao in Porto, Portugal. (Photo by Marc Atkins/Getty Images)

Chelsea at it again

END_OF_DOCUMENT_TOKEN_TO_BE_REPLACED

Thomas Tuchel followed up that huge cup success, last season by winning the Club World Cup and Super Cup, and bringing Chelsea to the FA Cup and League Cup finals. All of this was achieved during a time of massive disruption and change, as Roman Abramovich first stepped back then stepped away from the club.

All the while, Tuchel had nothing but grace and affinity in his dealings with the media, and with Chelsea supporters.

END_OF_DOCUMENT_TOKEN_TO_BE_REPLACED

Todd Boehly took over as the frontman for a new ownership group and, after a few months of wondering if the club would slip into financial disarray, the Londoners showed they were back, this summer, by splashing insane amounts of cash.

€282 million has been spent bringing in a glut of players that Thomas Tuchel must have wanted, or surely had some say in the club signing. Surely?

We know Tuchel definitely did not want 37-year-old Cristiano Ronaldo as the club's big replacement for Romelu Lukaku. Boehly thought he could make a statement signing. He was talked out of that, but found other players to spew millions on.

Chelsea are currently sixth in the league, five points off early pace-setters Arsenal, and lost away to Dinamo Zagreb on Tuesday evening. Hours later, Chelsea announced they had 'parted ways' with another manager. On Tuchel, the club stated:

'On behalf of everyone at Chelsea FC, the club would like to place on record its gratitude to Thomas and his staff for all their efforts during their time with the club. Thomas will rightly have a place in Chelsea’s history after winning the Champions League, the Super Cup and Club World Cup in his time here.'

594 days, four finals, three trophies, 100 games and 57 words later, Chelsea washed their hands of a manager that deserved so much better.

What the Chelsea statement does not say is that Thomas Tuchel had made Chelsea a force to be reckoned with again. He pulled hard on the reins and got a meandering club back on track and swinging hard at Europe's other leading clubs again. It does also not mention the dignity he often brought to a club that, too often over the past two decades, has a grubby side to it. 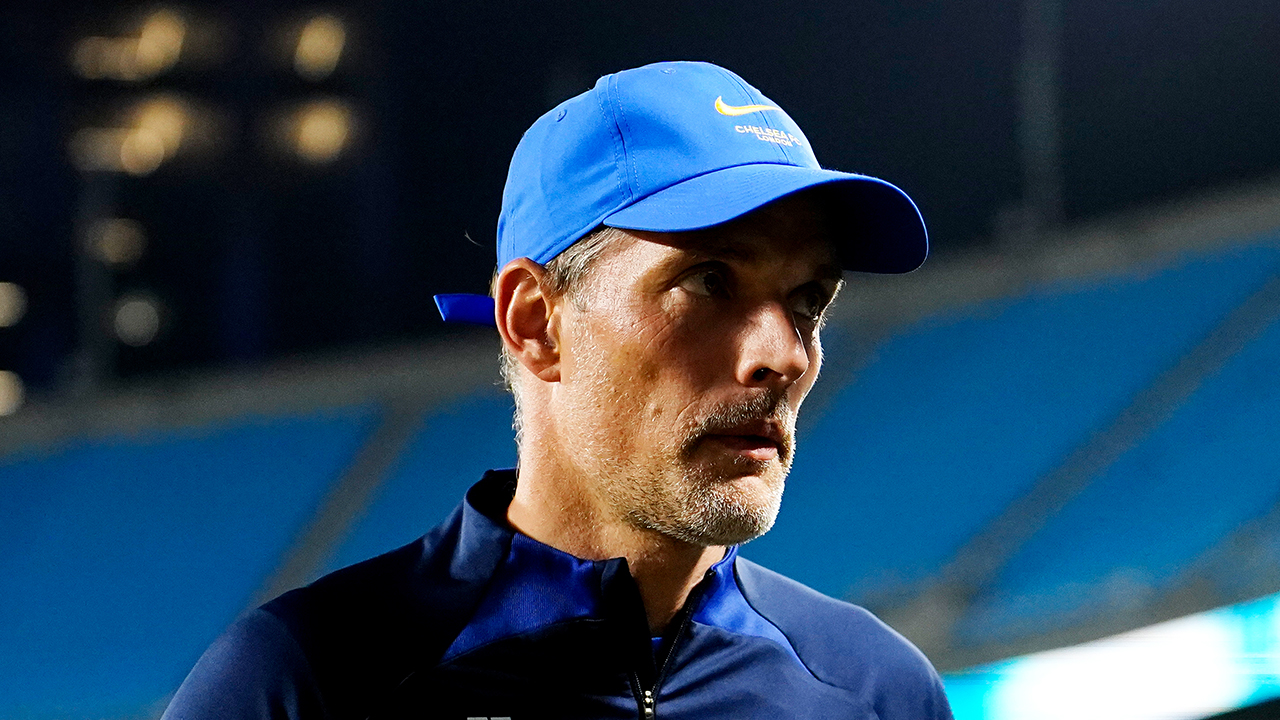 In total, the Chelsea statement ran to 138 words and much of that was taken up by proclaiming the 'new owners believe it is the right time to make this transition' as it 'reaches 100 days since taking over the club'.

All that sacking Thomas Tuchel does is elicit the cries, and sighs, that nothing ever seems to change at Chelsea.

It now reads as idiotic to have spent €282m in transfers for a manager that has now been kicked out after a run of games that would suit most clubs rightly.

The anti-Tuchel briefings began as soon as the statement announcing his sacking had been released. In reality, many reporters with an inside track to the club already knew Tuchel was on his way, and had the club's twisted sense of perspective to start peddling.

Fans are now reading, this morning, that plans had already been in place to get shot of the German even before the Dinamo Zagreb defeat. They are reading how Tuchel had free reign to make signings like no previous manager ever had under Abramovich, that the new owners 'want a new culture at Stamford Bridge' and that the German had already lost the dressing room.

Some of the pieces circulating today are arguing that the club setting their sights on Graham Potter proves there is a cogent plan in place. It could not be further from the point. These new owners are learning on the job and don't like people that tell them 'No'.

If Potter has any sense, he will steer clear of the club. It has already consumed plenty of bigger and bolder names than him.


popular
World Cup 2022 Day 13: All the major action and talking points
Shay Given on how far Ireland could've gone at the 2002 World Cup with Roy Keane in the team
Skills, scowls and scores - Luis Suarez rolls back the years against Ghana
From Ireland to Argentina: Alexis Mac Allister's Irish roots explained
The SportsJOE Friday Pub quiz: Week 3
Jack Grealish says he regrets his comments about Miguel Almiron
France demand FIFA change result of World Cup defeat over 'rule break'
You may also like
4 weeks ago
Looking back at the best Tottenham vs Liverpool clashes of the past
1 month ago
Man City club doctor takes aim at Jurgen Klopp in deleted social media post
1 month ago
Player ratings as Man United beat West Ham thanks to Marcus Rashford goal
1 month ago
Liverpool Leeds player ratings: Crysencio Summerville stuns Reds at Anfield
1 month ago
Five talking points as Liverpool face Leeds at Anfield in a crucial Premier League game
1 month ago
Referee Bobby Madley to make Premier League return four years after being sacked
Next Page