Thibaut Courtois might be about to leave Chelsea for Real Madrid. By now, we're sure you're probably well aware of this point.

With the Belgian international reportedly agreeing terms with the European champions earlier this week, there's been plenty of talk about who might fill his gloves at Stamford Bridge before the new season gets going.

So far, Jack Butland, Kasper Schmeichel and even Pepe Reina (who managed to move to AC Milan this month without anyone batting an eyelid) have been amongst the 600 or so 'keepers linked with a move to Chelsea already this summer. 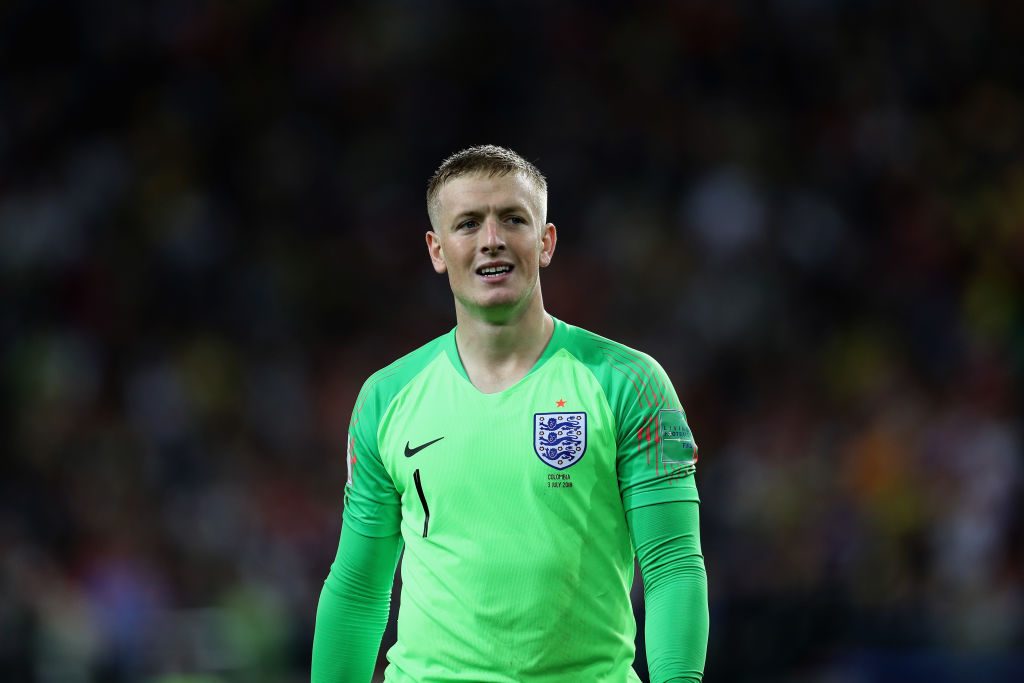 According to Sky Sports and their trusty sources, Jordan Pickford, fresh from his World Cup heroics with England, is now said to be Maurizio Sarri's main target if (when) Courtois leaves for Madrid.

END_OF_DOCUMENT_TOKEN_TO_BE_REPLACED

Obviously, such a move won't be easy for Chelsea to pull off. Everton only signed Pickford from Sunderland a year ago and are unlikely to be tempted into selling 24-year-old, especially after he capped his first season at Goodison Park by being named the club's player of the season. With a ridiculously wealthy owner of their own these days, Everton are not the kind of team who'll be tempted by a big-money offer, either.

Chelsea did manage to complete the signing of 38-year-old veteran goalkeeper Rob Green earlier this week. The former England number one spent last season as a back-up goalkeeper at Huddersfield Town and didn't make a single league appearance.


popular
Justin Gaethje tells Conor McGregor to wait his turn
The SportsJOE 12 o'clock quiz | Day 73
QUIZ: Can you name the Football Italia cult heroes? | Part 2
The SportsJOE 12 o'clock quiz | Day 72
QUIZ: Correctly identify these World Cup 2014 players from their stickers
SportsJOE 2000s Football Quiz | Round 3
QUIZ: The toughest football legends quiz you'll take today
You may also like
9 months ago
Jose Mourinho wells up when talking about missing football
9 months ago
Premier League wrap: Are United back and can Chelsea turn it around?
9 months ago
Manchester United blow Chelsea out of the water as both search for new identity
9 months ago
Mourinho: City's B team are better than United, Chelsea and Arsenal
9 months ago
David Luiz looking for late move to Premier League rivals
10 months ago
Transfer report card: Grading the moves of the Premier League contenders
Next Page