Liverpool recorded a comfortable 5-0 victory over Napoli in Dublin on Saturday evening. In their penultimate pre-season game ahead of the new Premier League campaign, Jurgen Klopp's side strolled to a win.

James Milner, Georginio Wijnaldum, Mohamed Salah, Daniel Sturridge and Alberto Moreno got the goals in front of 51,000 spectators at the Aviva Stadium, all of whom appeared to be there to cheer on Liverpool.

It was only a pre-season friendly, but there were enough signs to suggest that they will be a dangerous team over the next nine months.

You can't buy this https://t.co/mGtBlX7kUQ

In the post-match press conference, Liverpool's goalkeepers were the main focus of attention - as has been the case for the past few months. However, rather than discussing errors, there was only positive feedback for Klopp's 'keepers.

END_OF_DOCUMENT_TOKEN_TO_BE_REPLACED

Alisson Becker made his debut for the club and showed flashes of his talent. Caoimhin Kelleher didn't get on the pitch in Dublin on Saturday, but his manager appears to really rate the young Irish goalkeeper.

Alisson, who Liverpool made the most expensive goalkeeper in the world earlier this summer, played a role in the opening goal of the game. The Brazilian launched a thunderous long ball towards Salah which eventually led to Milner scoring. It's very early days, but Alisson looks a significant upgrade on Simon Mignolet and Loris Karius and appears to have the trust of his teammates and Liverpool supporters. 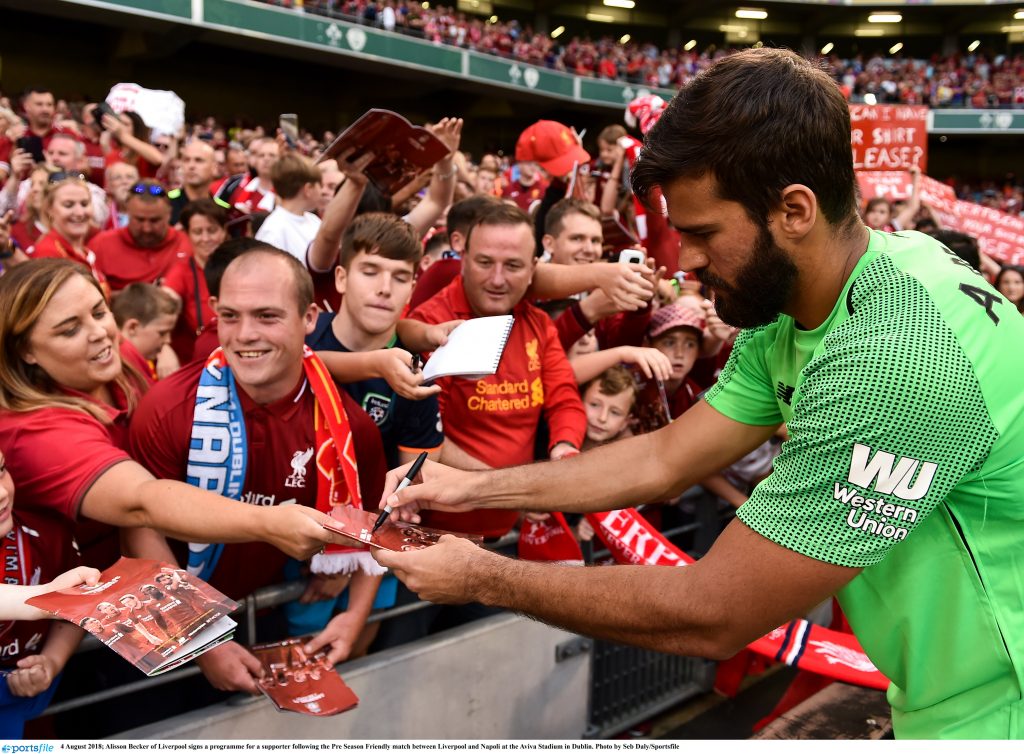 "He's a very good footballer," Klopp said when asked to give his assessment of Alisson's performance.

"It was an all-around good performance for his first game. Especially as I think everybody can imagine what happens inside the human being playing the first game after all the things were written about it and all that stuff.

"That was the strongest side we played so far (in pre-season). They had nearly their full squad here. He (Alisson) was very, very aware of all situations when he was needed behind a high-line. We involved him a lot in our build-up, he needs to get used to that a little bit more. So, that helps, but in the end, he's there to catch balls, he did that and I'm really pleased."

It's safe to say that there are more Liverpool fans than Napoli supporters here at the Aviva#LFC #LiverpoolNapoli @LFC pic.twitter.com/j54dyqns1j

Klopp then spoke about Kelleher, the young goalkeeper from Cork. The 19-year-old played 45-minutes of Liverpool's pre-season win over Manchester United in Michigan last week and kept a clean sheet in front of over 100,000 spectators.

With Loris Karius and Simon Mignolet potentially leaving the club this summer, there is a chance that Kelleher could be Liverpool's number two for the upcoming season. He certainly has the backing of his manager. 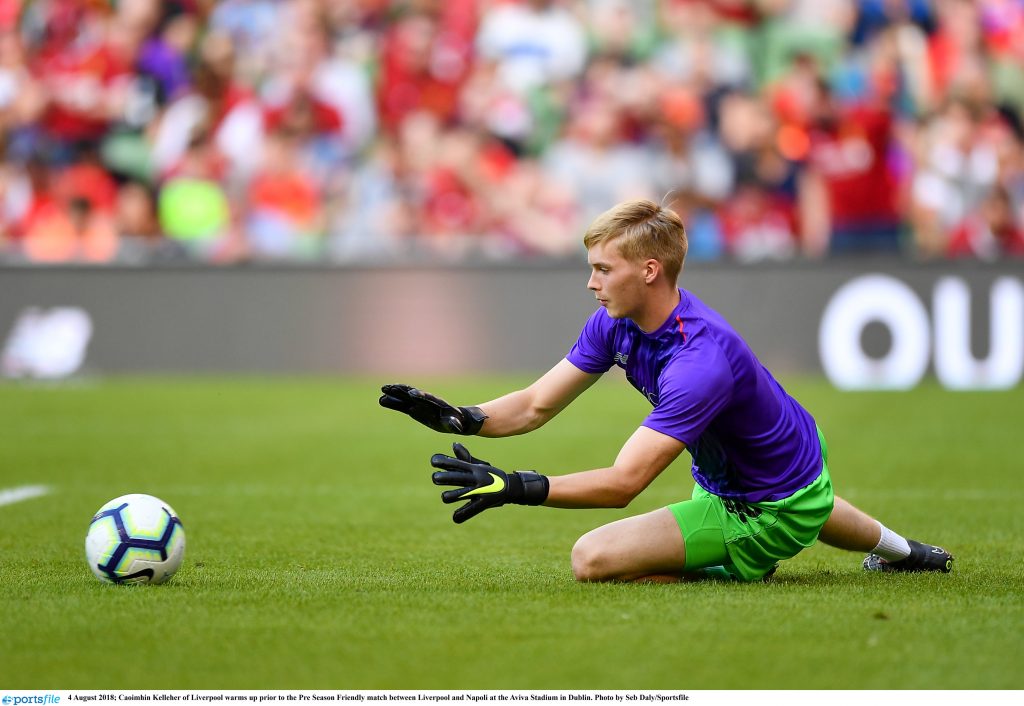 "A very cool boy, very cool with the ball, we saw that in a pre-season game that he played. In front of 100,000 or 60,000, he's not really bothered about that. That's a very important skill. He was an outfield player in his youth. He's been a goalkeeper for a few years, but he must have been a very good outfield player as well. He has fantastic reactions.

"If nothing serious happens, he has a really fantastic future. I don't know at the moment how many really good goalkeepers Ireland have, but one more isn't a bad thing. I like him a lot and happy to have him in our squad."

Liverpool's final pre-season game is against Torino at Anfield on Tuesday. They begin their Premier League campaign at home to West Ham next Sunday.


popular
Eamon McGee just couldn't help himself with Armagh-melee tweet
Kieran McGeeney on the defensive after post-match questions on brawl
Damien Comer targeted in brutal, chaotic Armagh and Galway brawl
QUIZ: How well do you know Manchester United players of the 90s?
Conor Gleeson's gesture to heartbroken Ethan Rafferty a tonic after sideline brawl
Manchester United 'reject Barcelona's attempt to sign Harry Maguire'
Craig Casey relishing challenge of creating rugby history in New Zealand
You may also like
5 days ago
The incredible ways Sadio Mané has helped to transform his home village in Senegal
1 week ago
Jay Spearing linked with surprise Liverpool return
1 week ago
Liverpool wrap up their transfer business before Man United even sign a player
1 week ago
Liverpool to face four of the 'big six' after Champions League fixtures
2 weeks ago
Benfica agree €100m deal with Liverpool for Darwin Nunez
2 weeks ago
Caoimhin Kelleher comments on his Liverpool future ahead of next season
Next Page